“Late Night is a funny film with some great messages and solid performances.”

Late Night, written and co-produced by Mindy Kaling, who also happens to star in the film, hits on a lot of levels and in mostly all the right ways. Kaling plays Molly, a naïve diversity hire on the Katherine Newberry show, the only late night show starring a woman. Newberry, played by Emma Thompson has ruled the late night airwaves for decades but alas, she’s aging, and no one likes an aging woman. In a time when her ratings are dropping and the female head of the network wants to replace her with what feels like a swinging dick, she has her right hand man find literally any woman to add to the writing staff. In walks Molly who isn’t at all what the showrunners want, but she has all the right parts.

This film speaks to women in direct ways and also in a whisper throughout its entirety. The fact that Katherine seemingly hates women and the female network head seemingly wants to oust the only female face on late night to replace her with a young male is something that female corporate America gets beat over the head with daily. Women route against women for unexplained reasons, and it feels like many think the only way to the top is with men’s help. What the film gets right is how supporting fellow females can lead to some pretty significant successes. As Molly and Katherine’s relationship grows, you see that they are propelling each other to new heights that men would not have helped them reach. Even the network head comes around.

The relationship factor between men and women is at play, too and this is another thing Kaling gets right. How do successful women navigate being a partner? Why would a legacy hire who is a man feel more entitled to praise and titles than a female diversity hire- neither earned it. Do men feel like they know how and when and in what way they can orchestrate a hook-up, and what happens when they don’t get their way? Late Night addresses all of this in super subtle ways that I think helps reinforce that this film knows women, knows men and doesn’t make it about gender or sex. 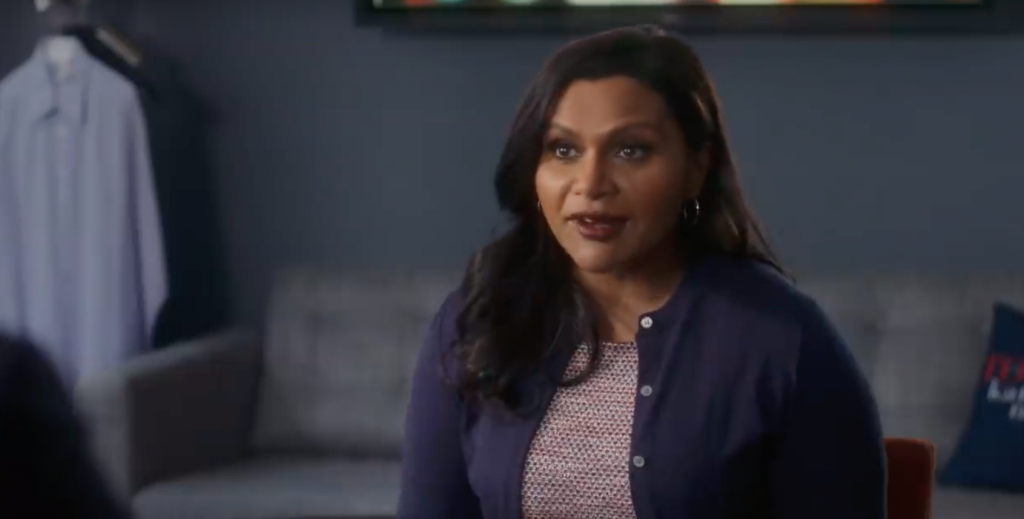 I appreciate that they made a film about how women figure out how to make it in an industry that is largely, if not all, male. In our reality, there are no female late night hosts. All the women are relegated to morning chat shows or afternoon variety shows. In a world where we keep recycling the discussion of “is America ready for a woman president,” I think the film speaks to you what’s so great about an all-male field to begin with? We need different perspectives, we need everyone to make things work. If your women’s bathroom has been designated as the bathroom where the men go to shit because there are no women (as in Late Night), you’re doing it wrong. This is a funny film with some great messages and solid performances by Thompson, Lithgow and Kaling. Go see it!