“Captain Marvel has some major flaws, but the payoff in the end is worth it.”

Coming in as the 21st film in the Marvel Cinematic Universe is Captain Marvel, which introduces us to a brand new character in the Marvel comic book franchise of movies. We’ve been with these superheroes for more than a decade now in cinema form and it could be quite redundant with another introduction to a new superhero. Captain Marvel has some major flaws, but the payoff in the end is worth it. If you’ve been watching all of the Marvel films, then you would remember the hint at Captain Marvel in the recent Avengers: Infinity War movie during the mid-credit sequence, where Nick Fury (Samuel L. Jackson) is disappearing and he uses a device that looks like a pager from the 1990s to page someone. That someone was Captain Marvel.

This origin film is set up quite differently from any of the previous origin movies, where we see Captain Marvel (Brie Larson) have some of her powers right off the bat, but is having some massive flashbacks at another life she can’t remember at the hands of an alien race called the Skrulls. About halfway through the film, things actually start to move at a decent pace and has clear path it wants to take us on, where as the first 30-45 minutes of the movie are a jumbled up nightmare that has slow pacing and too many on-the-nose 1990’s references from the music to the sets and first internet, to make you roll your eyes as the film takes place in 1995.

The character of Captain Marvel/Carol Danvers in this film feels forced quite a bit as Larson plays her with a bit of cockiness and some force fed comedy. Brie Larson is a an excellent actress and I’ve seen her in many roles both dramatic and comedic, and this mighty role in this big comic book movie just seems off-kilter. I just don’t think she’s found the right balance for the role yet, therefore she isn’t the most positive thing about the film. The best element of the movie is that in addition to being a movie about an origin of Captain Marvel, we also have the origin of Nicky Fury, where we see Samuel L. Jackson seeing his first alien and superhero and actually having a smile on his face and enjoying life for once in this superhero franchise.

Add to that the dual role from Ben Mendehlson, in playing Fury’s S.H.I.E.L.D. boss and one of the Skrulls who has more personality and connection than any screen time Captain Marvel had. The directing-writing team of Anna Boden and Ryan Fleck (Half Nelson) have some surprises and twists here for sure and set up and good universe with Captain Marvel in it, but flaws with editing, music choices (“I’m Just A Girl” playing during a major fight scene), and an awful mess of a first half of the movie might turn off quite a bit of people from this story, but it’s worth it to stick around, because once Captain Marvel is back on Earth, the film finds its footing and takes off nicely. 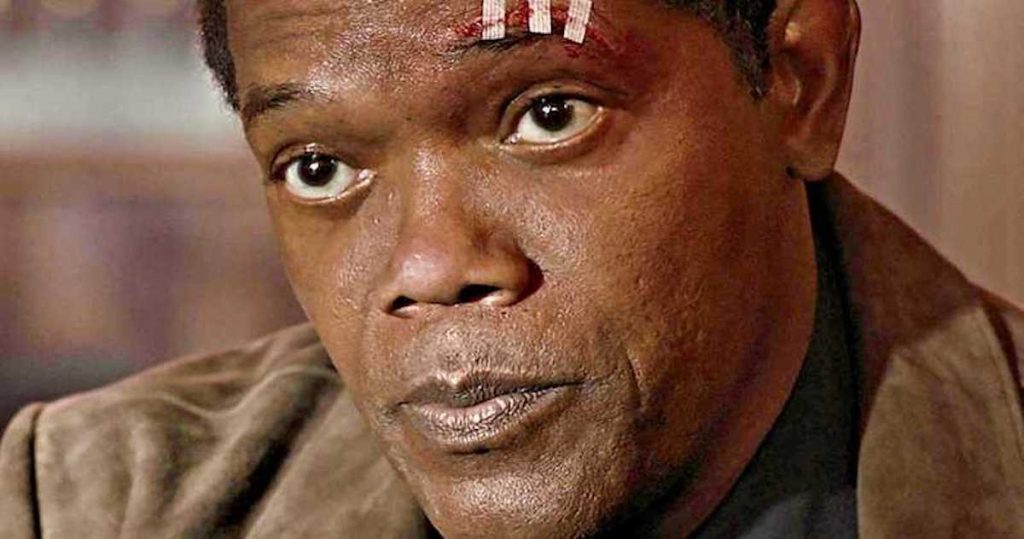 If you can get through the first half of the film, then you’re in for a real treat with this new superhero and a young looking Samuel L. Jackson. If you’re a fan of the comic books, then you’ll be surprised with a few liberties the filmmakers made with the film that will hopefully pay off in future installments. Again, Captain Marvel has some major flaws, but in the end, it’s worth seeing, even if it’s just for a happier Nicky Fury.