It’s easy to see why ‘To Dust‘ won the big Audience Award at the Tribeca Film Festival. This oddball comedy has a unique charm and magical friendship that you wouldn’t see coming if it was right under your nose to go along with its morbid curiosity about death and grieving. First time feature film director Shawn Snyder takes his script to some gnarly places, but he has some fun with it in a light-hearted and innocent kind of way that stars Géza Röhrig (Saul from ‘Son of Saul’) and Ferris Bueller himself Matthew Broderick. You can see why these two phenomenal actors were drawn to this film and why three major actors helped produce the film, including Emily Mortimer, Alessandro Nivola, and Ron Pearlman.

At the start of the film, a cantor (Röhrig) is mourning the death of his wife, where she left him and their two middle-school aged sons to grieve. In the Jewish religion, it is tradition to bury the deceased very quickly without embalming. In this case, she was buried the same day. Everyone grieves differently, but the cantor who goes by Shmuel, becomes obsessed and severely curious on how his wife’s corpse will decompose, hoping her soul and body are at rest. He even has some vivid nightmares about this situation, which is done perfectly with stop motion capture. 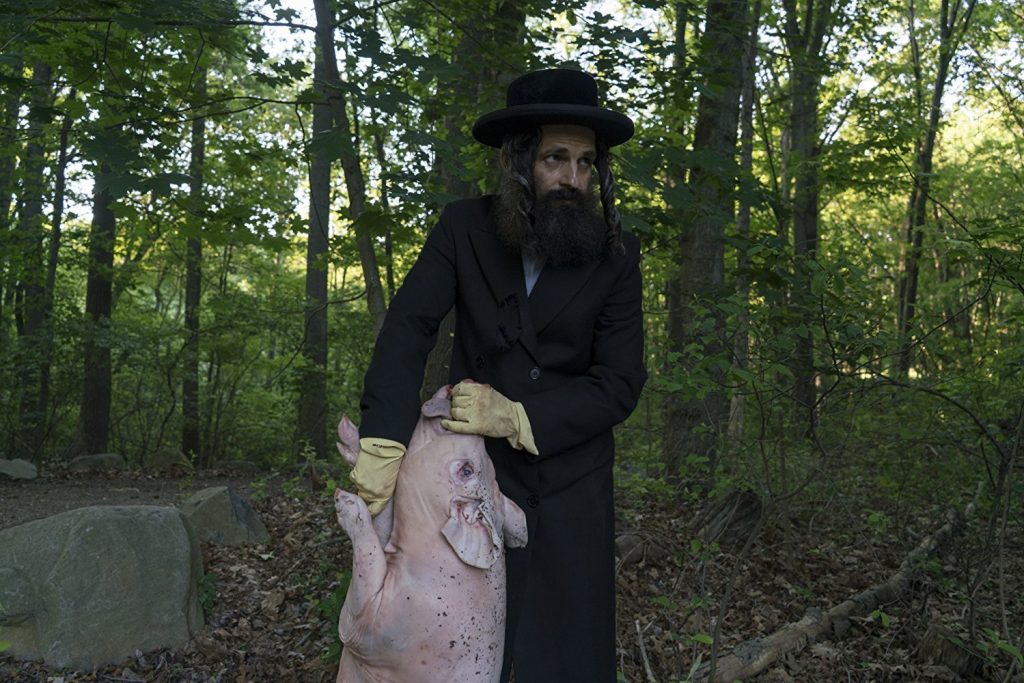 Since Shmuel is basically cut off from the normal world due to his religion, he has nobody to talk with, which brings him on the adventure to seek out a scientist/doctor to help him understand the decomposition process that leads him to Albert (Broderick), a community college science teacher. In fact, I’d like to think Broderick’s character Albert is actually the new character from ‘Election‘, who has worked his way back up the school system.

Shmuel and Albert’s friendship isn’t love at first sight as the Jewish tradition and language is a comedic barrier, but you can tell there is a light spark of friendship there. From here, the curiosity out of both men, lead them on some hilarious adventures and science experiments to see how fast a body can decompose, one that includes a not-so-kosher pig, which plays out like a slapstick scene from a Leslie Nielsen movie.

Meanwhile, Shmuel’s two sons are trying to cope with friends at school about their now-crazy dad being a dybbuk, which also garners laughs, but at the same time seems sweet and charming. The crazy mashup of dark comedy and tragedy here, in addition to the strange friendship wouldn’t work usually in a movie, but with both Röhrig and Broderick’s chemistry and talented performances, this film is home-run. You won’t see anything like it this year and if this is what we can expect from director Shawn Snyder – count me in for much more.