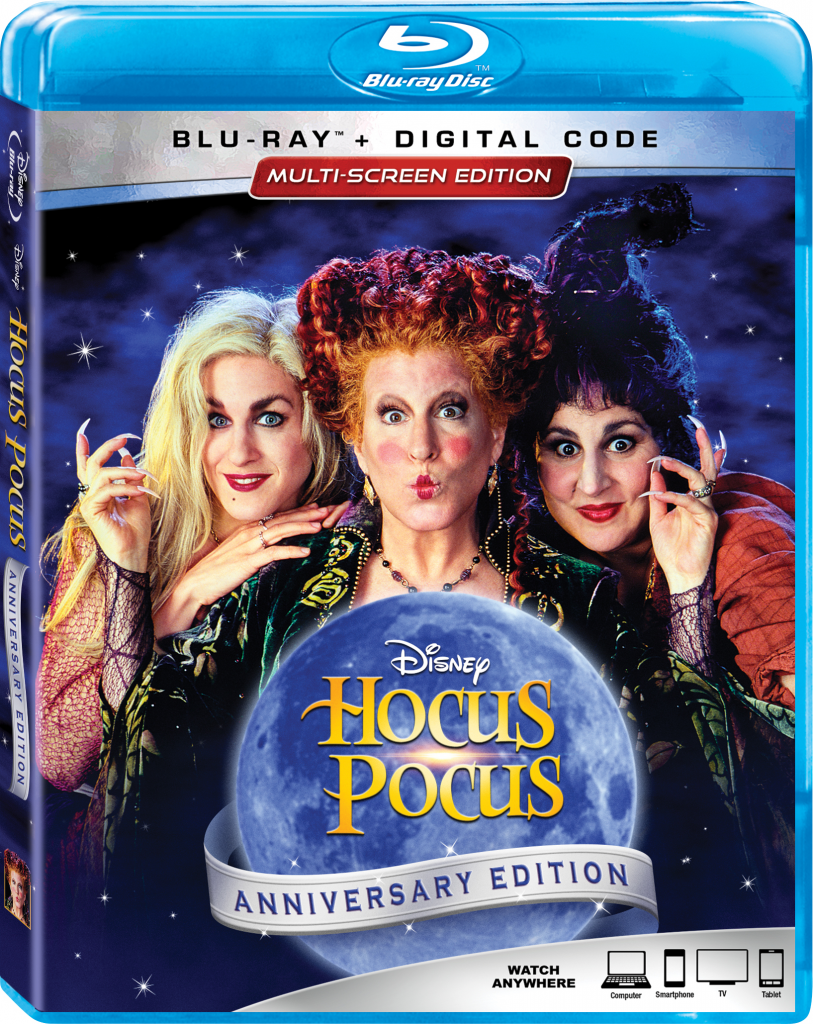 It’s hard to believe that this film has been out for 25 years. ‘Hocus Pocus‘ had a strange story to it in that it’s a Halloween film from Disney that was released in the middle of Summer in 1993 against the movie ‘Free Willy‘. It stood no chance whatsoever and only made a little bit more than its budget. That being said, over the past two decades, ‘Hocus Pocus‘ has become a strong cult film amongst adults and kids alike where cosplayers and fans still celebrate this movie to this day with giant fandom. Say what you will about this movie, it’s always impressive that a movie that was virtually disliked by a ton of professionals and didn’t make money when it came out, but has become super successful for twenty years and counting is nothing short of a miracle.

The film follows three sisters who are witches in Salem (Bette Midler, Kathy Najimy, and Sarah Jessica Parker), who want to keep their youth forever. In order to do this, they must kidnap and kill the local kids and suck their souls out. They are thwarted and are hung to death, but some 300 years later to present day (1993), they come back to life to finish their mission. It’s a dark yet silly Disney film. The video and audio presentations are the exact same from the previous release, but there are two new extras, which are quite fun and are detailed below. For fans of the film, you’ll want this release for the new bonus features and digital copy.

In “Hocus Pocus,” the Sanderson sisters are in for a devil of a time when their restless spirits are accidentally conjured up on Halloween night, in 1993 Salem, Massachusetts. Banished 300 years ago for practicing their sorcery, this trio of triple-threat demons vowed to one day reappear—and now they’re back—weaving an outrageous web of comedy and chaos. However, to guarantee their immortality, the things they need are the very things that could bring them down: Max Dennison (Omri Katz), his little sister Dani (Thora Birch), and the Allison (Vinessa Shaw), three kids with the power to make or break the witches’ spell. The film is directed by Kenny Ortega (“Hull High,” “High School Musical” series) from a screenplay by Mick Garris (“Sleepwalkers,” “Critters 2”) and Neil Cuthbert (“The Adventures of Pluto Nash,” “Mystery Men”) and a story by Kirschner (“Frailty,” “An American Tail”) and Garris.