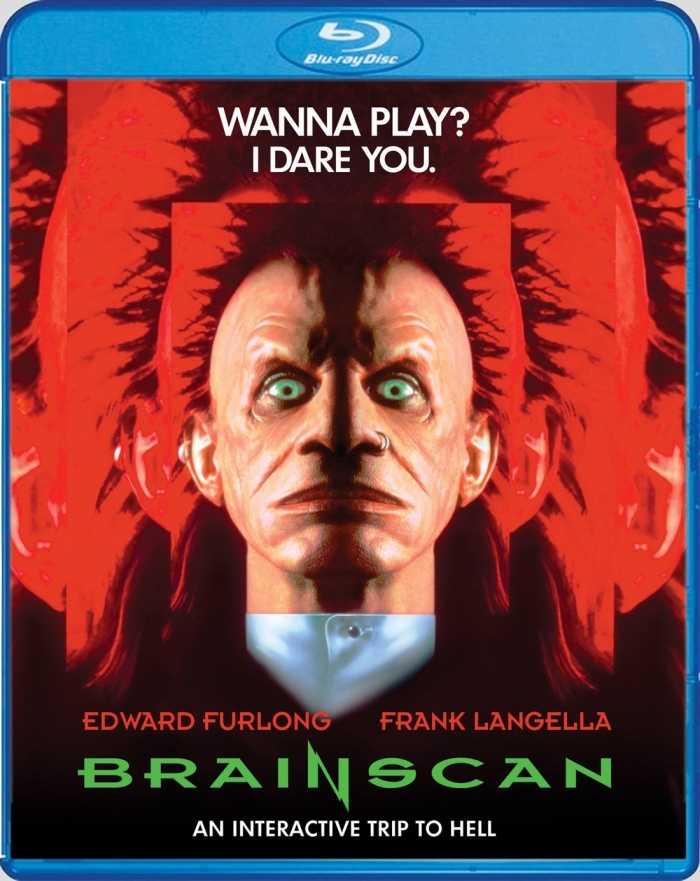 Remember when computers, the internet, and CD-ROM games were first all the rage in the early 1990s? I certainly do. So did Hollywood, which is why they decided to make a string of films based on that fact. One of the horror films that fit this bill was ‘Brainscan‘, which starred the short-lived popular kid Edward Furlong, mostly known as the young John Connor in ‘T2: Judgement Day‘. The film follows a young teenager who lives in his dad’s wealthy abode but is never around to take care of him.

This teenager (Furlong), spends his days playing computer games that are horror and realistic while listening to heavy metal music. When Furlong hears about this new video game that is supposed to be ultra-realistic, he buys it on CD-ROM and starts to play, only to be transported into the game where a ghoulish demon known as The Trickster has Furlong kill people. When he is back to reality, he realizes this is no game, but real life as people start showing up dead. It’s almost like a crime noir, but with a supernatural aspect to it.

The film itself isn’t very good, but the nostalgic aspects of it (the video games, CD-ROMs, and music), make it fun to watch, even if Furlong isn’t that great in the film. In fact, there are a ton of interviews with others on set talking about what a pain it was to work with Furlong, which makes me laugh for some reason. Still, I’m glad Scream Factory chose to release this because it brings back a ton of memories from the early 1990s. It should be known that this is the very first time this film has been released on Blu-ray. It comes with a top-notch video and audio presentation as well as some brand new bonus features that are all worth your time, which are detailed below. Recommended for nostalgic sake.