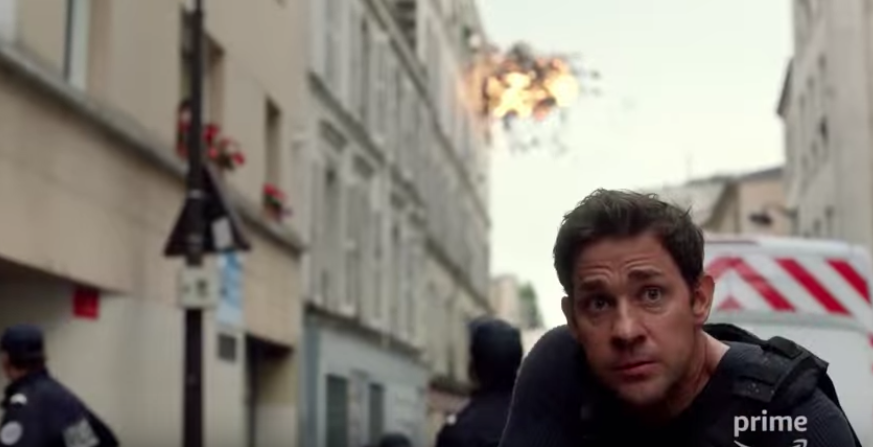 This weekend I had the time to watch the entire first season of Amazon’s new series Jack Ryan. Growing up I enjoyed all of the Harrison Ford versions of Jack Ryan and even liked the Ben Affleck iteration. The reboot attempt with Chris Pine fell pretty flat for me a few years back but I’ve always enjoyed the character. John Krasinski’s Jack Ryan is a perfectly serviceable TV hero but is really bogged down by the story around him. In an effort to be optimistic, I will say that I am hopeful for the second season.

Jack Ryan starts off with the title character hard at work as an analyst. I should stress that he is an analyst. He crunches numbers and follows the money. He’s an analyst! On top of being an analyst he also served as a marine in the middle east so he’s a genius badass. The writers of the show try their hardest to make this seem normal but they’ve essentially just blended Jack Bauer and Sherlock Holmes into one character. Wendell Pierce (Bunk from the Wire) plays Greer the new leader of Jack’s financial crimes department. Greer was recently demoted to this job after a rumored meltdown by him at a much more prestigious CIA post overseas. Greer is grumpy and an ass to Jack when Jack tries to explain his theory that some big terrorist named Suleiman is using wire transfers in a very sophisticated way. Turns out that Jack is right and he is thrust into the field. Remember he’s an analyst though! He won’t let you forget because he says it 10x in the pilot despite interrogating a terrorist, fighting 2 terrorists, and handling weapons like he’s a super soldier.

When the pilot ends, the cat and mouse game between Suleiman and Jack is completely established. We know who the bad guy is and we know Jack will do anything to stop him. Even with a mere 8 episodes, the story seems to drag anytime the conflict between Jack and Suleiman isn’t front and center. 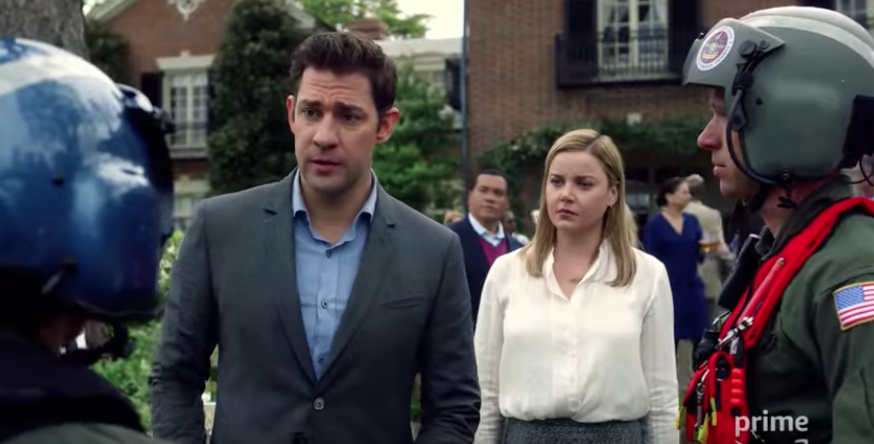 Suleiman’s wife is introduced as a sympathetic character who wants what is best for her children and nothing to do with terrorism. Somehow she is flabbergasted and shocked when she learns how dangerous her husband is. You should know her husband who left her for several months in some palace in the desert with a bunch of middle eastern terrorists straight out of central casting with AK47s who bring shipments of weapons and supplies in regularly. This thread through the season is very forced and I assume the writers thought it would be bold to have this character have to flee from her husband and therefore they could dramatize the journey of a refugee but it all falls flat. Also despite displaying her as a strong female character she essentially serves no purpose other than to make Jack look like a hero rescuing/helping her.

One of the biggest issues I had was Suleiman himself. He and his brother survived a bombing in the 80s and this is shown through a flashback early in the season. I assumed this was going to be the motivation for him becoming a terrorist set on using chemical weapons to murder Westerners. However, the writers had a random flash to 2001 where Suleiman graduated from a prestigious banking school and is trying to get a job in a high-end Paris bank. When he is denied the job (it is hinted this is due to racism following 9/11) he is later involved in an assault on the street and sent to jail. While in jail he becomes radicalized (which we never see). So to be clear 16 years before the events of this show Suleiman was a hard working normal guy trying to make it and after one job rejection and arrest he becomes Bin Laden. It didn’t work.

That brings me to my main issue with this show. It is a 2002 show trying to make it in 2018. You’re a streaming service Amazon! I appreciate only 8 episodes and the ability for you to curse but try a little harder with your plot. Everything was so cliché. It felt like someone just took notes from seasons 1-3 of 24 and crammed it into 8 hours. The real issue, of course, is that season 1 of 24 was about the assassination of a black presidential candidate which is somehow way more relevant and interesting in 2018 than terrorist of the week plots. I’m not trying to go social justice warrior and suggest that depictions of Islamic terrorism don’t belong on TV. What I am saying is that these kinds of iterations of them have been played out as a form of television entertainment. Yes, Islamic terrorism exists and it is a fear and problem in the World. However, after 18 years of films and shows tackling the issue, they are spent. There is nothing fresh about the story. Every bad man in the show was a Muslim with a beard and a tactical vest. It’s just lazy garbage to keep going back to that. This show had a surface level plot so shallow that it has a no diving sign all around it. 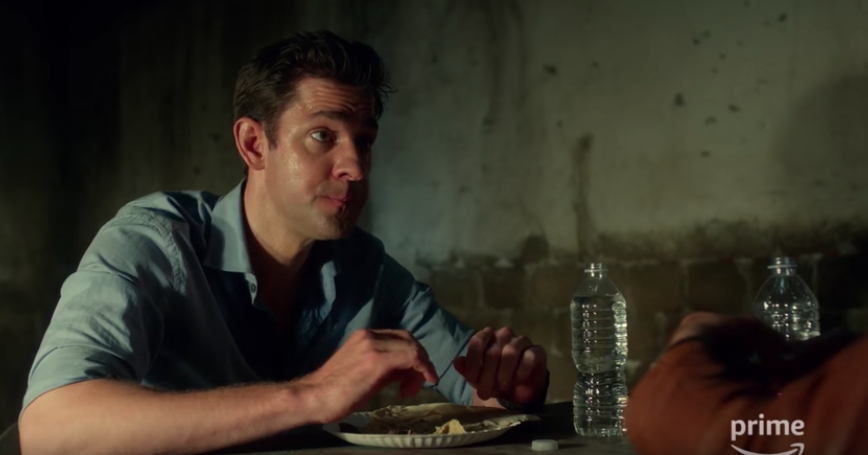 Jack Ryan is an analyst! “I’m an analyst!” he says all the time. Give us that plot. Give us something interesting or fresh. Don’t have him find the next Bin Laden following a Bank of America transfer then turn the show into a 24 facsimile. Have him come across banking corruption on wall street which involves some international crisis. Have him look into foreign countries funding civil unrest in other places around the World. Have him find campaign finance laundering that follows a conspiracy. Give us something fresh is all I’m asking for. In this season we got to see a military base assault, a chemical weapon attack, a shootout, and another attempt at a chemical weapon attack. Not one of those moments was interesting because they were all so obvious. The minute he used his powers of analysis to discover Suleiman, Jack Ryan just became Jack Bauer. Chasing Suleiman’s brother, fighting people, arguing with leadership over course of action, and ultimately facing down a terrorist plot alone.

Jack Ryan ends the season on a high note with the suggestion that the action is moving to Eastern Europe and Moscow for season 2. I really hope that its true and this time around they use his analyst skills to uncover something beyond a terrorist recycling attack plots he saw in shows from 15 years ago.