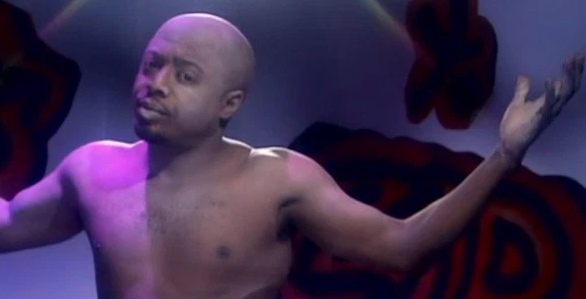 I had the distinct pleasure to talk with actor/comedian Donnell Rawlings about his new show ‘HOLLYWEED‘ amongst other things. ‘HOLLYWEED‘ is a new TV show pilot that stars Rawlings and Kevin Smith, the latter of which wrote and directed the show. It’s a lot like ‘CLERKS‘, but instead taking place at a convenience store, it’s at a cannabis dispensary. It’s fantastic, to say the least. Donnell Rawlings is mostly known for starring in Chappelle Show on comedy central.

He played Ashy Larry, Beautiful, and more iconic characters. He also co-starred in a few episodes of HBO’s The Wire, where he played Senator Clay Davis’ driver Day-Day Price. We talk about his comedy, working with Kevin, The Wire and Chappelle Show, as well as some of his favorite comedy bits. It was a lot of fun. And don’t forget to visit iTunes and Stitcher to subscribe to our podcast. Enjoy the show and see you next week! Thank you for listening.