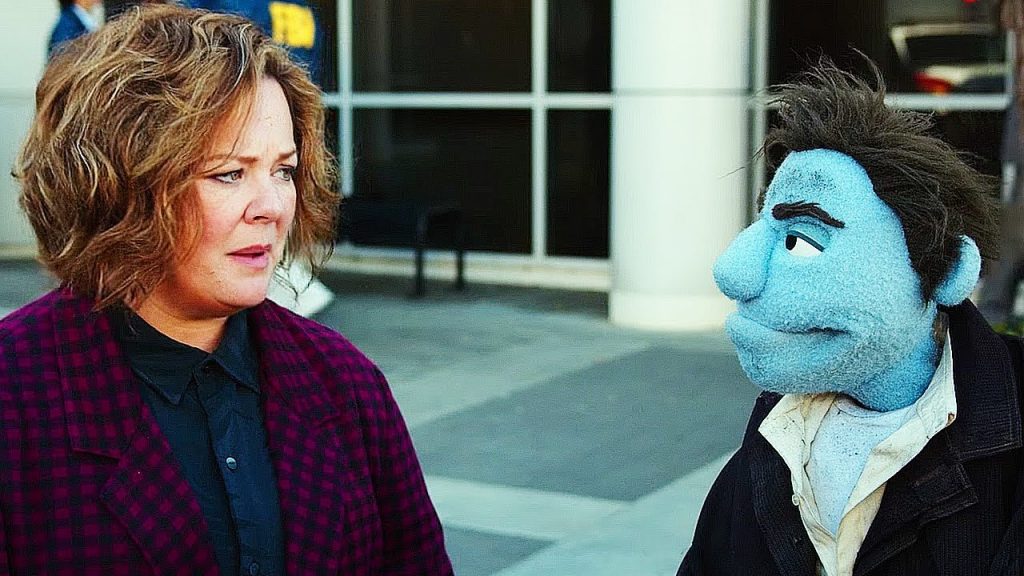 The Happytime Murders is the worst movie I’ve sat through in 2018. It isn’t funny or clever or charming or enjoyable or just so stupid you laugh. It is a horrible script with even worse acting blasted into your poor eyeballs for an hour and twenty-five minutes. This is a terrible one, guys. I hate to say it but avoid this.

The Happytime Murders follows Phil (a puppet) who is a private eye after failing to be the first puppet police officer. His former partner is played by Melissa McCarthy who is still way too talented to show up in trash like this. When the cast of an old puppet TV show is getting murdered one by one, Phil has to team up with his old partner (McCarthy) to solve the crime. What follows is the most cliched script of a noir murder mystery in a long time. Movies like The 40-Year-Old Virgin, Team America: World Police, or 21 Jump Street, milk the cliches of their genre for maximum comedic effect and they all work. This movie just puts forth a straightforward story with no laughs to be found in the plot. It even tries to touch on “race” relations between puppets and humans but only once and does so in such a clumsy manner that it was painful.

The only attempts at laughs in this movie are derived from cursing puppets which gets old after the first 6 minutes and background gags. A scene in a sex shop in the first 20 minutes has some jokes in the background that made me smile, even though the actual plot and story was trying to maintain a straightforward narrative. I have no clue what they were going for in this movie.

The only time I actually laughed in this “comedy” was when Melissa McCarthy gets fired and she dresses down each and every person in the police department with an insane amount of insults and ferocity that she excels at. As she gets to the last guy she pauses and says “I should’ve f**** you when I had the chance.” The guy spins around and it is her husband in real life who replies, “There is still time!!!” That’s it. The only time I laughed and it was because I knew it was her real husband. Not sure the average moviegoer knows who Ben Falcone is.

Anyway, this movie is garbage start to finish. It isn’t funny and even worse it isn’t even trying to be subversive or clever. Melissa McCarthy is too good for this kind of thing. Honestly, if this was a quick recurring SNL skit it might be an all-time classic. As a movie? No chance. It is just plain bad.