‘JAWS’ On The Water Experience! 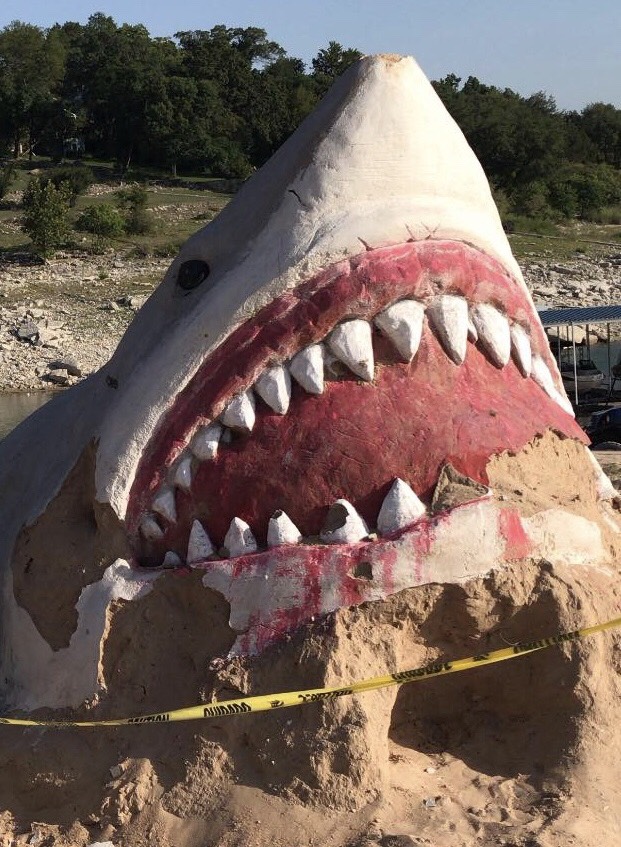 I took my wife to ‘Jaws‘ on the Water last night presented by Alamo Drafthouse’s Rolling Roadshow. Before I even got invited to this I knew Drafthouse was the best theater chain in America when it comes to putting on the best presentation. Now after attending this event, I can confirm they are the best chain in the World.

You are greeted by Jaws on the Water signs everywhere. People walking around in those Katy Perry Super Bowl shark costumes. Giant cornhole games. Tiki bars. A shark sand sculpture. There was even a recreation of the Amity Island sign. The venue they set up the giant screen at is also a miniature water park so while you wait for it to get dark enough to wade into the water in your specially design JAWS float (that you get to keep!) you can ride a water slide. 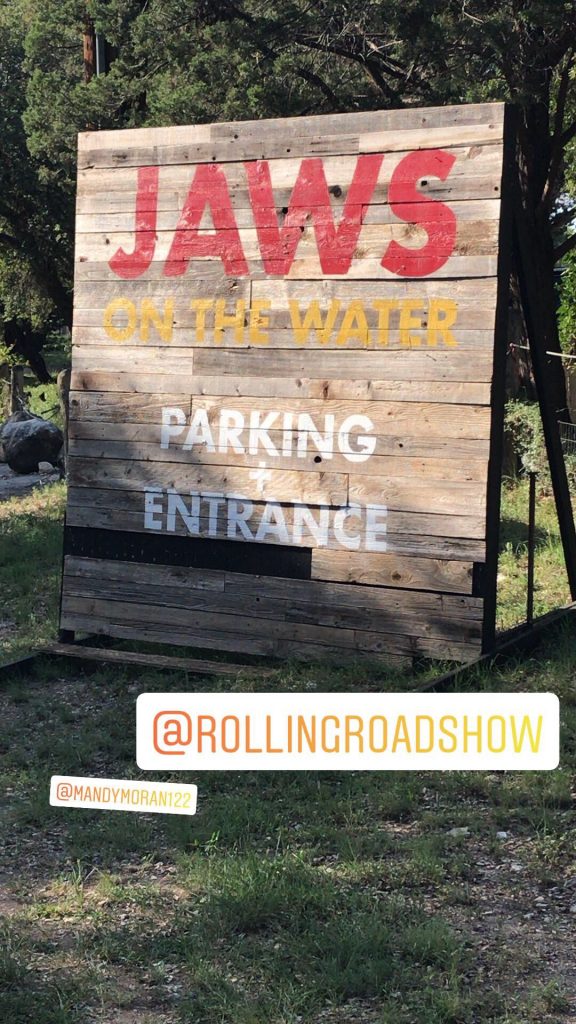 The setup of the viewing area had a dock that surrounded the entire floating viewing location so that you could paddle over to the edge and trade a wristband for a Landshark beer. There were other options but people tended to stay on brand with their selections. The screen was easy to see and I never had any issue other than my float drifting away from my wife’s because neither of us was paying attention while staring at the screen.

Inside the viewing area, you were at risk of being “nibbled on” by a shark waiting below the surface. There were scuba divers underneath the water the entire show and randomly touched or blew bubbles under different moviegoers resulting in terrified screams and immediate laughter. Jaws is one of the greatest movies of all time and being able to watch it on a body of water made it much more suspenseful than my couch. I’ve probably seen Jaws 20 times but the setting made this the most enjoyable watching experience I’ve had. It is amazing that after 40+ years this movie still holds up so well. The crowd was extremely into it and shrieked and clapped at all the right spots. The Alamo staff even ignited fireworks behind the screen when Brody finally kills the shark eliciting cheers as loud as any sporting event I’ve attended.

This was just an all-around fun experience and a unique way to watch a movie. The rolling roadshow travels around the country showing films outdoor in special locations with great themes. If nothing else, you can always count on them to put on a fantastic event that you’ll remember and want to attend again.  If you’re in Austin or hear about a rolling roadshow near you… go check it out. You won’t be disappointed. 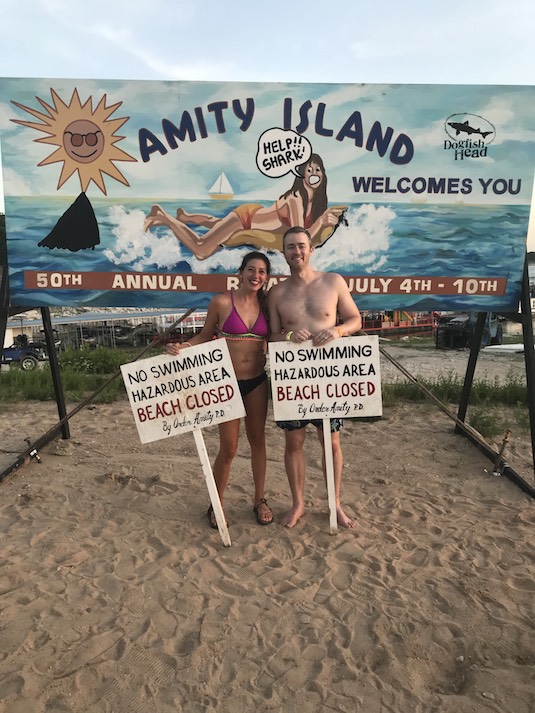 PS: My wife had never seen Jaws before. I made her watch it on the water and of course, the scuba divers got her twice but she had a blast and even said it was a great movie.