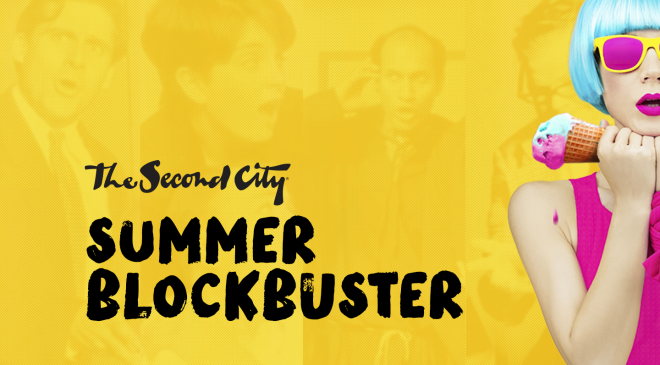 It’s been over a decade since I last saw The Second City live. If you remember correctly, The Second City is the hilarious comedy enterprise that started a several decades ago in Chicago. It was the highlight for comedy and comedians to enhance and perform their sketch comedy and improv. Since the inception of The Second City, many talented entertainers have started there, including Bill Murray, Tina Fey, John Candy, Steve Carrell, Amy Poehler, Stephen Colbert, and many others.

This industry of comedy continues to put out fantastic and hilarious shows each year with a new cast of young and promising actors/comedians. This summer, the tour bus of The Second City might be in a city near year, and I was lucky enough to have been in Dallas, where The Second City Summer Blockbuster was stopping for a few days. I’m happy to report that The Second City has not lost a beat since I last saw them all those years ago. The show had me laughing from start to finish. Not just small bits of laughter, but rather “my cheeks and stomach heard so bad” kind of laughter.

A mix of sketch comedy along with some inventive improv kept the pacing and comedy alive and well. One bit that stuck out was a sketch that had one of the performers play a young kid who was interrogating a potential suitor for his single mother, which went to amazing places, including drugs, and XBOX games that had me rolling. The physical comedy of these performers were just as great as the delivery and their impressions. I was certainly impressed.

In an wild turn of events on the improv side, instead of getting the audience to shout out a word or idea, the performers asked the brave audience if they would hand up their mobile phones for a bit that had them reading out actual text message for the bit. It was everything I could have hoped for and more. If this is the new generation of comedic performers, we should all be completely satisfied.