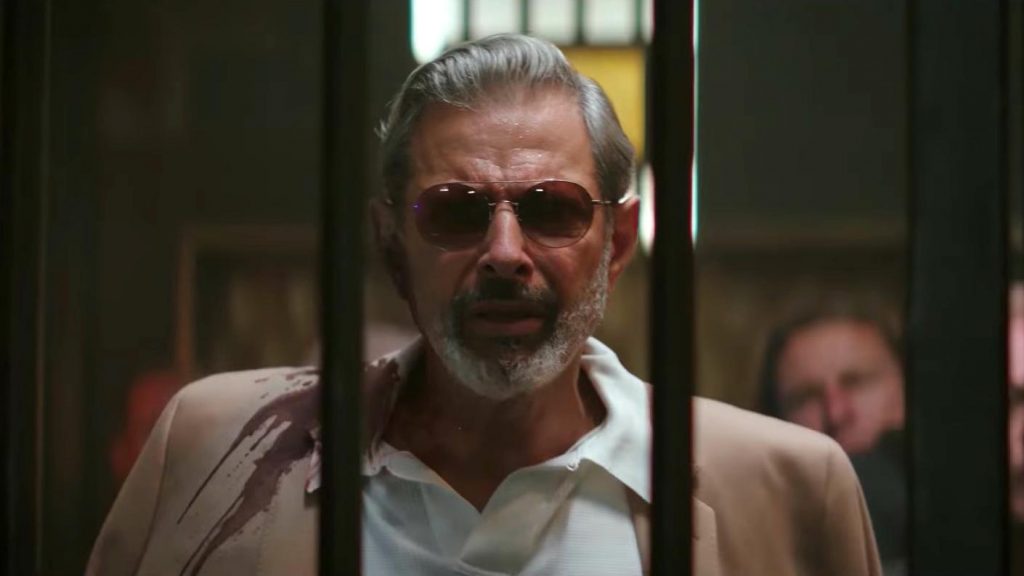 Writer Drew Pearce, best recognized for Iron Man 3 (2013) and Mission Impossible – Rogue Nation (2015), has entered his first directorial credit into the heated competition of summer blockbusters. Set up with a unique concept of a secret hotel/emergency-room for criminals in futuristic Los Angeles, ‘Hotel Artemis’ sounds promising on paper, right? But upon execution, the result is a mediocre thriller whose only saving grace is the appearance of Jeff Goldblum and a few comical one-liners from supporting cast.

The film doesn’t even bother with a backstory and leaps straight into action, as we bear witness to a chaotic robbery happening amidst a citizen’s riot in 2028. And that’s just the beginning of one of the many drawbacks of the picture. There’s no explanation as to why the people of Los Angeles are angry or why this riot has any significance to the story. Except for maybe the reason behind the hotel’s ongoing power outages, the revolt is like background noise – something tacked on for static entertainment filler.

Then there’s the superficial characters and absence of development. Maybe that ties in with the secret theme of the hotel, but again, too much mystery is detrimental. If anything, it creates an attitude of numbing indifference. The Nurse (Jodie Foster) is the pawn in this whole operation, a work-horse at the mercy of Niagara (Goldblum), L.A.’s crime leader and owner of Hotel Artemis. With only the help of her medical partner and lone security guy, Everest (Dave Bautista), they work together to help Niagara’s wounded members. But it isn’t until halfway through ‘Hotel Artemis‘ that the plot line is revealed, and when it finally is, the reasoning feels detached and almost irrelevant. It’s another weak attempt at gaining sympathy for the characters, but frankly comes too little too late. There’s potential early on to dive into the thought process and dark history behind these visiting criminals, but ‘Hotel Artemis’ follows its doomed approach of overlooking countless opportunities at its wake. 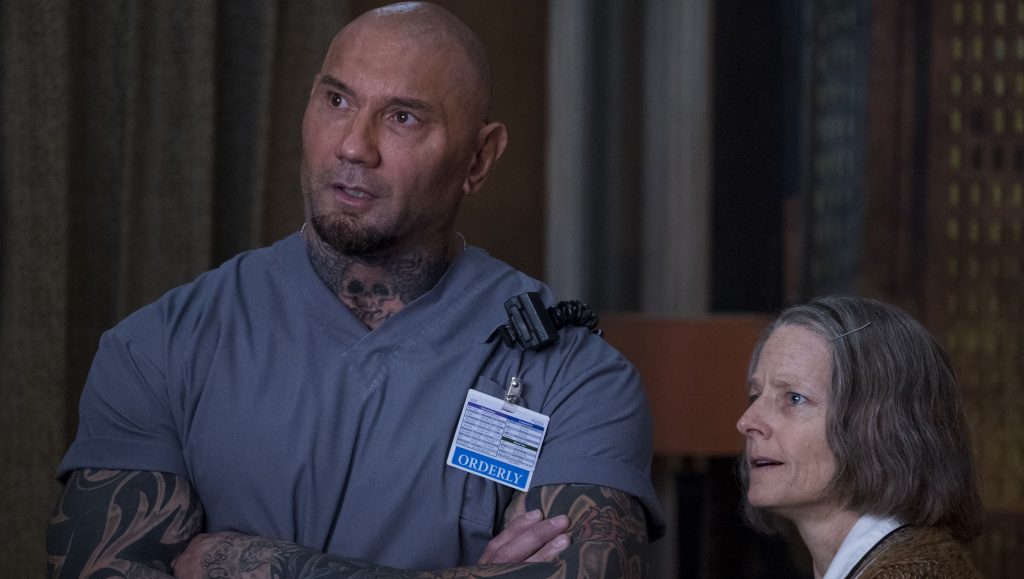 Despite having grainy cinematography and stylish fight sequences, an all-star cast couldn’t make up for what ‘Hotel Artemis‘ lacks at its core. The storyline is messy, empty and in the end doesn’t make much sense. This action flick just shoots under the target and punches around some ideas, hoping something sticks, but nothing ever does. ‘Hotel Artemis‘ ultimately falls victim to its own lawlessness, ironically straying away from the film’s premise of following the rules.