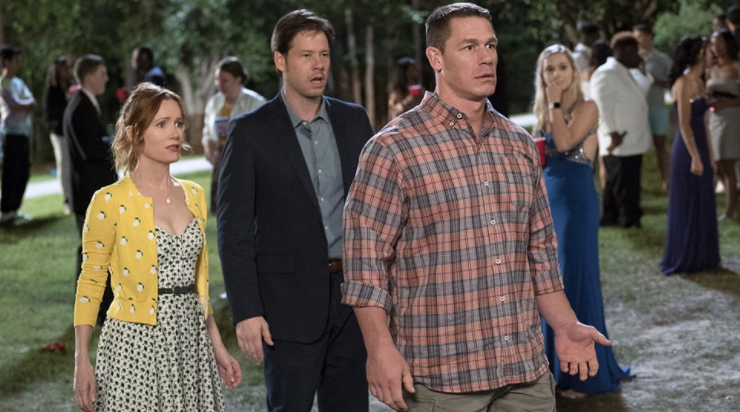 Every five years it is mandatory that Hollywood releases a coming of age story of teens trying to get laid. Animal House, Porkys, Revenge of the Nerds, Fast Times at Ridgemont High, all the way up to Superbad. Some are classics and some are just a good time at the movies but the formula almost always works. The formula works for Blockers which is a really funny hour and a half with a few new twists to allow the tried and true premise to stand out.

The story centers around three best friends who make a pact to have sex on prom night. This pact is discovered by 3 of the parents and then it’s over an hour of dirty jokes. You’ll recognize Leslie Mann from The 40 Year Old Virgin, This is 40, and some other movies with 40 in the title as the doting mother. The over protective father of one of the girls is John Cena who is absolutely hilarious in this role. Then Ike Barinholtz from The Mindy Project and Neighbors as the absentee Dad of the third girl. They set off on a mission to stop their daughters from having sex.

There is something a bit deeper at work here in between the sex jokes that elevate this movie higher than others. It really does have some heartfelt moments that, despite some typical wacky events in these stories, really feel genuine to the characters.

The three teens are very funny and while not quite as raunchy as Superbad, there are plenty of disgustingly hilarious setups and jokes from these girls that really let them show a different side of these types of movies. The real highlight for me were the parents. Leslie Mann does what she always does in movies and remains solid throughout, but John Cena and Ike Barinholtz steal the show. I should stop being surprised when a wrestler can perform after seeing what The Rock does 4 times a year, but Cena really goes for it in this film. He says horrible things, does really gross stuff, and has to have a few touching father-daughter moments that he nails. Barinholtz is usually a small bit player in ensembles and this movie gave him a chance to really go all out crazy, but reel it in for the touching moment too. There are two scenes that regardless of how this movie does (critically or financially) will be discussed and remembered for how funny they are. 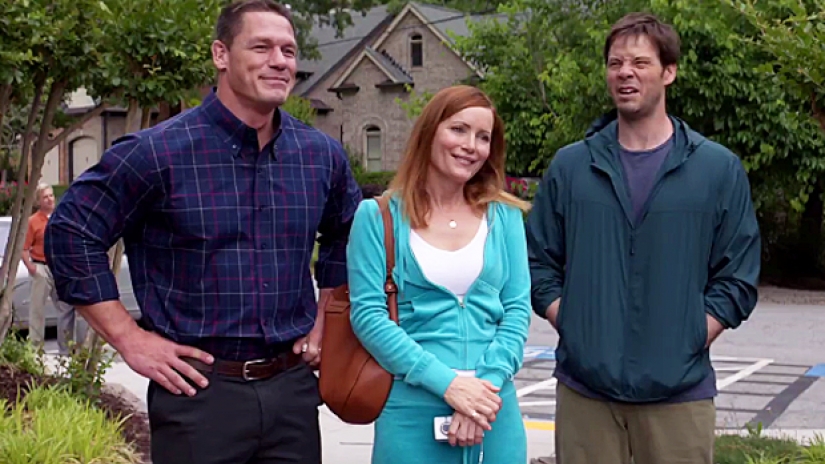 I don’t think this movie will end up in the coming of age movie hall of fame but it does enough for consideration. There are a few new twists to the paint by numbers story to make it feel a little more original and it earns every bit of its R-rating. It’s funny, it’s gross, it has a few heartfelt moments, John Cena might become a real movie star from it, and the pace is quick. At less than two hours with all the things it has going for it, you’d be hard pressed to not find a better comedy to check out this spring.