Dan’s Review of ‘A Quiet Place’! 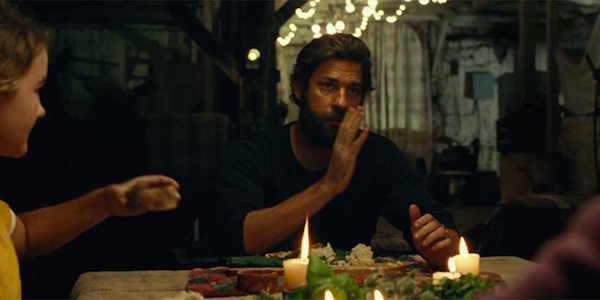 I am not a huge fan of scary movies. I’ll see them, but they are definitely very low on my overall ‘Genre I Enjoy’ list. That said, I always appreciate a really well done horror film and ‘A Quiet Place‘ is exactly that. It is one of the most suspenseful and intense movies I have seen in a few years. The awful situations this family finds themselves in naturally grow to such a climax that it is one of the few movies where I can say I was on the edge of my seat.  On the surface, it is just a terrifying creature feature where noise is the enemy, but if you look a little deeper, it is quite simply the most terrifying movie about being a parent ever made.

‘A Quiet Place‘ opens a few years into the future, where about 80 days have past after some kind of creature invasion. Then the film jumps ahead to over a year after the creatures spread all over. We never learn where they came from or truly what they are. The family, which I don’t think we ever learned their names, is headed up by John Krasinski and Emily Blunt as the parents. Emily Blunt is nine months pregnant, but more on that in a bit. They live on a farm in what looks like upstate New York and have a very rigid system of making absolutely no noise. Their daughter is deaf too, which helps the family communicate, because they all knew sign language before the attack. Aside from the opening, the film takes place over the course of a couple of days and follows an escalation of situations that make noise, which brings the creatures to feast. 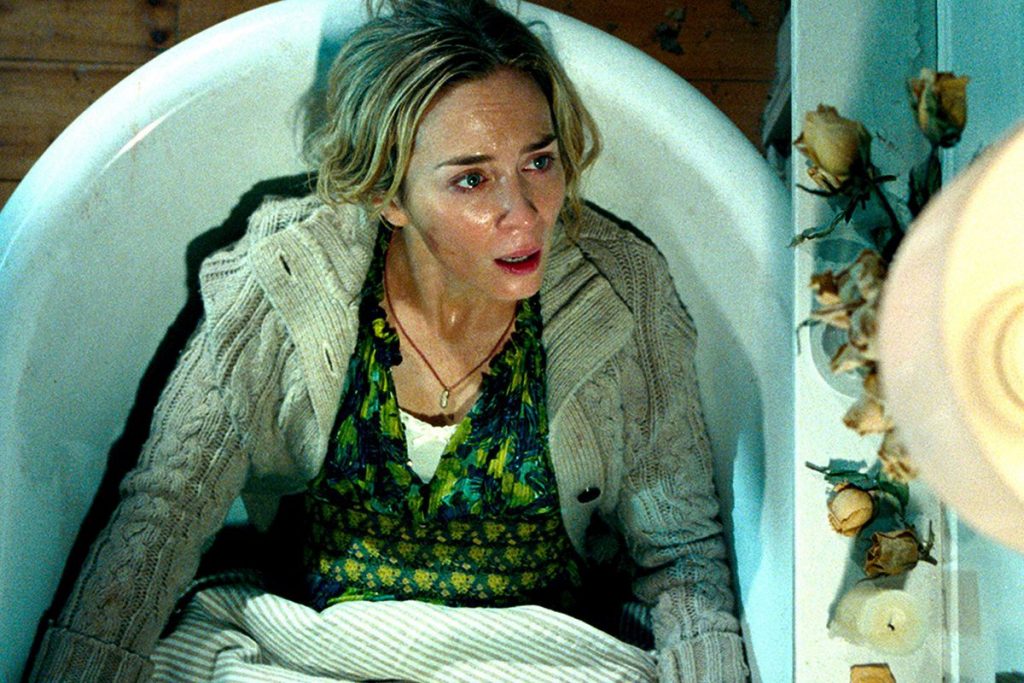 Krasinki directed, starred, and co-wrote this movie and I have to give him credit, because many of the choices he made ratcheted up the suspense level. I can’t imagine having to direct your wife, but Emily Blunt puts together a pretty damn incredible performance, certainly better than any movie like this has ever seen. With very little dialogue, the actors really have to convey a lot with their faces. Krasinski is obviously great at this considering making faces at the camera was 40% of Jim Halpert’s character from The Office. But here he has to convey loss, regret, fear, anger, and love and it worked for me along with the rest of the cast.

I did some deep research (Google.com) and I see that Krasinski and Blunt have two kids and that really shows. Being a parent has made me see certain movies in a very different way. I think this movie is done well enough to entertain the teenage crowd out on a nice scary movie date who needs some tension and a jump scare to hold hands, but for parents, this movie is terrifying. As someone who worries about his kids’ safety a little too much in many situations, there are some sequences in here that are absolutely exhausting. Krasinki and Blunt are just trying to raise good kids, but instead of worrying about choking or pool safety, they have to worry about sound monsters that will literally eat their kids in front of them. The first 10 minutes of this movie were an awful, harrowing experience. Even though you know exactly what it is setting up, I was still saying, “No. No. No.” in my head the entire time. It hits like a ton of bricks.

I do have one huge gripe with the movie though. The film opens 80+ days after the invasion then jumps to 400+ days and Emily Blunt is 9 months pregnant. Listen, far be it from me to tell someone to not have consensual intercourse with the beautiful Emily Blunt, but you’re in a damn no noise World where any sound will get your family killed. Would it kill you to pull out? Hell, you walked through a drug store twice… no condoms? Newsflash: Babies are super loud. A newborn will get you killed. Also how fun could the sex be if you can’t make one sound? Really dumb on their part. 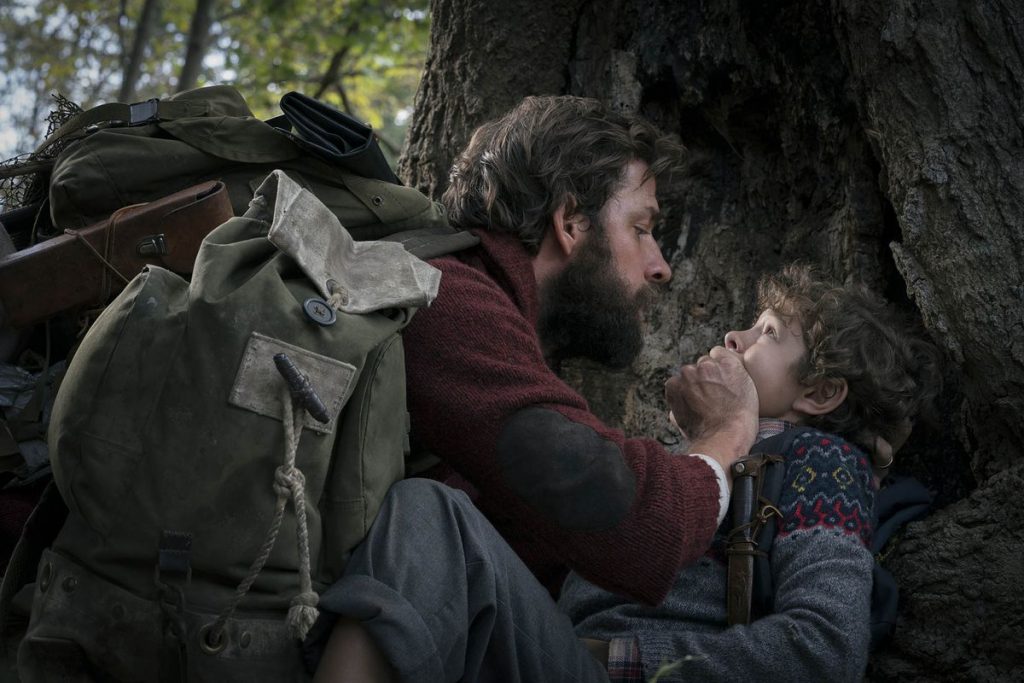 Ultimately, ‘A Quiet Place‘ is very well made and worth your time. It never lets up and keeps increasing the tension for its full 90 minute runtime. The fact that the characters actually follow a natural progression in the story always helps me enjoy a horror movie more. The creatures are never fully explained, which I didn’t mind one bit and their design looked great. If you even remotely enjoy scary movies and don’t see this film, then you are missing out and even those of you who aren’t big horror fans, it is worth seeing.