‘Gringo‘ follows a straight-laced business man named Harold (David Oyelowo) who works for a medical marijuana company run by Richard (Joel Edgerton) and Elaine (Charlize Theron), who are planning a secret merger they don’t want Harold to discover. In order for the merger to go through, they must clean up the books at their Mexican facility which has been selling a “weed pill” to a cartel leader to help the company financially. At home, Harold’s wife (Thandie Newton) is cheating on him, further pushing Harold to the edge. For some reason, Amanda Seyfried shows up as the girlfriend of some guitar store employee sent to Mexico so steal some drugs from the same facility Harold is there to see. Eventually Harold ends up stuck in Mexico through a series of kidnappings and ploys, forcing Richard to ask his brother (a former mercenary), played by Sharlto Copley, to rescue Harold from Mexico.

Does this sound like a convoluted and overly complicated plot? Yes? Good, because it is. Mind you, that I left out the cartel boss’ bodyguards, the hotel managers, and about 4 other side plots that all get crammed into ‘Gringo‘. Despite all these unnecessary plot gymnastics, the movie is completely watchable thanks to the great cast and the fact that it doesn’t seem to care about making a lick of sense. 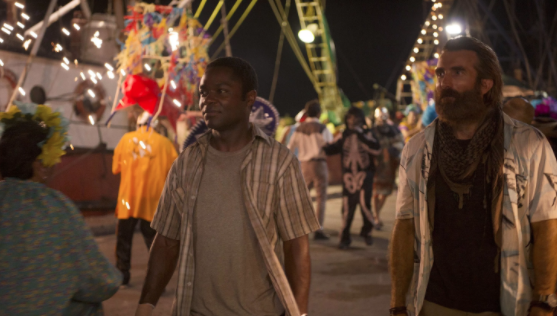 David Oyelowo is hilarious in this role. I had only ever seen him in Selma and his brief scenes in Interstellar. I had no idea he had these kind of comedy chops. He plays a Nigerian immigrant in this film, so he has an African accent and plays every single scene to the fullest. Some of his reactions to the chaos around him, such as his frantic speaking, praying, or screaming had the theater laughing consistently.

Joel Edgerton and Charlize Theron were starring in some version of an Adam McKay or Jason Reitman “Corporations are bad” film because they both held nothing back. I had never seen Joel Edgerton do comedy (not counting his Orc costume in Bright) before and he played a bumbling, heartless asshole extremely well. Anyone can deliver the lines and perfect the timing, but he had a physical presence to the character that rang so true for anyone who has ever worked for an asshole. There is a scene of him playing pickup basketball that is stunningly accurate. Charlize Theron can do absolutely no wrong in my book. Here, she is a very cunning and dangerous employee who is using every single part of her body and mind to rise to the top, and survive with not even a passing thought about those she screws over. She kills it. Due to the movie being all over the place, there is a 15 minute sequence that seems to focus on her character, which I feel could have been a very different and interesting movie. 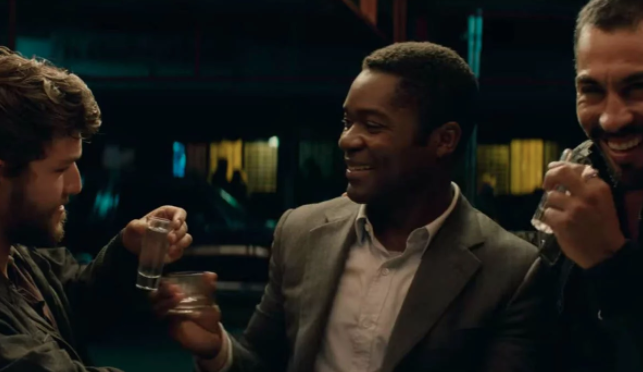 No time for that though! We still had to cram in Thandie Newton in a fat suit, Amanda Seyfried being there, the hotel brothers trying to be kidnappers, a torture scene, a hilarious running gag about The Beatles, and of course a shoot out.

‘Gringo‘ had an above average comedy somewhere inside of the 110 minute run time, but it chose to try and be 4 different mediocre movies instead of 1 pretty damn good one. I enjoyed watching it while it was on screen, but have no desire to ever see it again. It had several gags or situations that were genuinely funny due to the incredible caliber actors that signed on for these roles. Some good comedy set pieces aside, it still had too many genre flips and tone changes as it moved from slapstick, to workplace comedy, to cartel movie, to shootout, and to payback caper.

I wouldn’t rush out to see ‘Gringo’ but if it ever pops on HBO or a streaming service in a few months you could definitely do much worse on a bored evening.