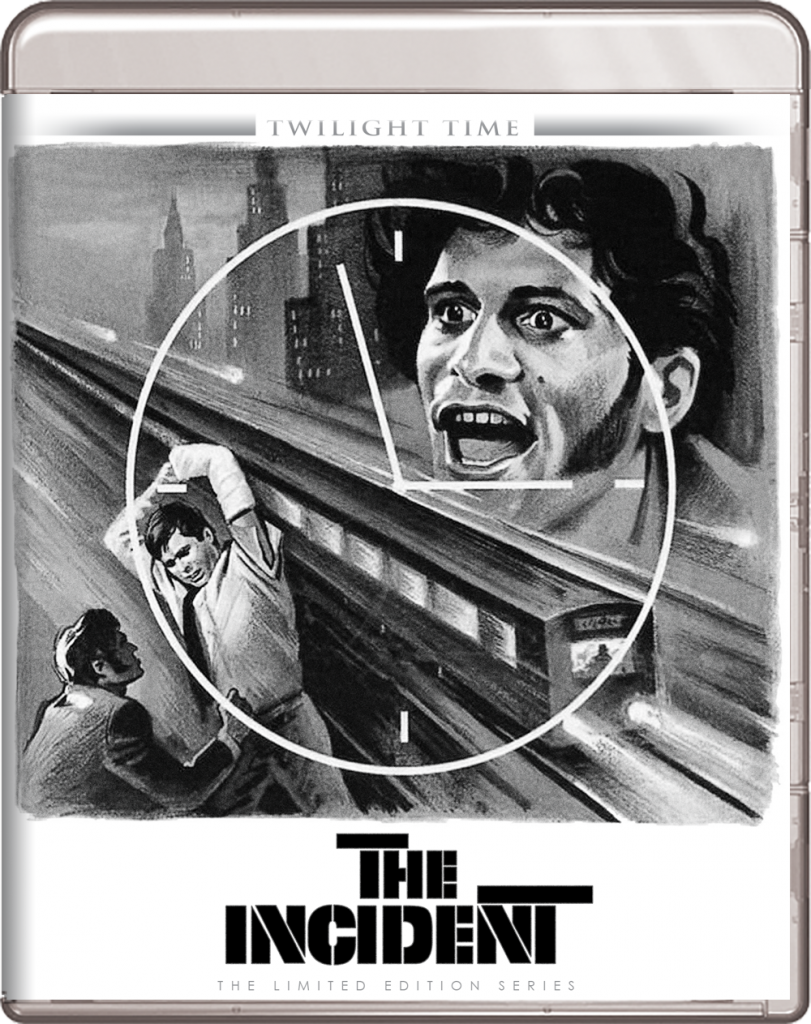 I’m sure most of you haven’t heard of a little film called ‘The Incident‘, which isn’t exactly a great title, but is one hell of a ride from start to finish. Released back in 1967, I’m sure this film did to subway passengers as ‘JAWS‘ did to swimmers in any body of water, which was scare the hell out of them. ‘The Incident‘ follows a group of strangers on a late night subway car, who are all headed to their destinations, but are all terrorized by a couple of criminals over the course of the film.

The film gives you a glimpse into different backgrounds and status of people who all ride the subway in New York, which suggest different reactions when put in a violent situation. ‘The Incident’ was directed by Larry Peerce, who isn’t perceived as a very good director, other than perhaps this film. He is infamously known for his last directorial effort, ‘Wired‘,which has never been released on any sort of home video. That was the 80’s film that starred Michael Chiklis as John Belushi, and is regarded as one of the most hated films to ever be made.

‘The Incident‘ isn’t like that though. Starring very young soon-to-be-well-known actors, including, Beau Bridges, Ed McMahon, Ruby Dee, and Martin Sheen, the film shows what everybody was doing leading up to them all taking that fateful subway ride, whether it be a party, a fancy dinner, a date, traveling home from the military, or a sleeping drunk. This could easily be anyone at any point in time, taking this train. Meanwhile, two criminals (Sheen and Tony Musante), end up on the train and begin to terrorize, torture, and berate everyone on the subway car.

CLICK HERE TO PURCHASE ‘THE INCIDENT’ FROM TWILIGHT TIME!

They even force them to stay on the subway car. What’s scary about this is that these two villains aren’t interested in money or material things. They are only interested in scaring the passengers and causing them harm. It’s a sadistic film for sure and shows what a human being might endure to get out of a situation like this or when the tipping point my be to react violently. After watching what the characters go through here, it’s hard to imagine that they’ll ever be the same again and no doubt think twice about taking the subway, which translated into real life upon release. 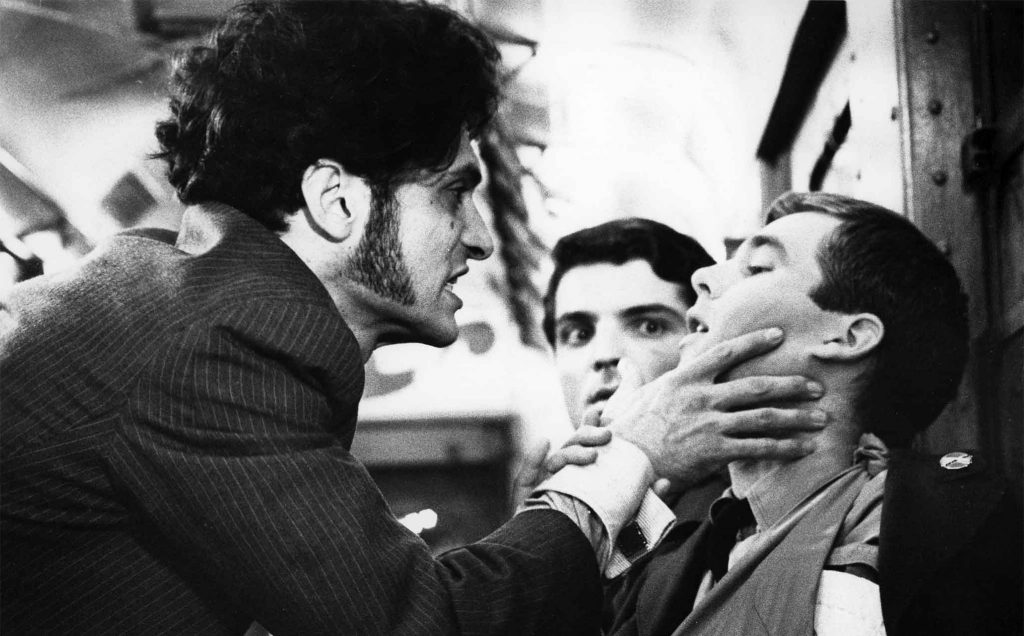 The Video: ‘The Incident‘ comes with a new 1080p HD transfer and is presented 1.85:1 aspect ratio. The film looks good for being over 50 years old, but still has some flaws. The black and white photography seems a bit bright in most cases here without a whole lot of nuanced gray area like we see in other black and white films that have been remastered. Some darker scenes don’t show detail as well either.

The good though is that when in the subway car, detail on the wardrobe and subway seats show up nicely. Closeups also reveal facial marks and hairs well too. There are still a lot of dirt, warps, and other mishaps here throughout, but it adds to the filmic quality and grit of the story in my opinion. It’s a decent transfer, but not great.

The Audio: This release comes with a DTS-HD MA 1.0 Mono mix that does it’s job for the most part. The subway car sound effects sound off nicely, but never overbearing, but lack the deep low ends that it should require to have. Other hits and punches sound fake of course and never has the desired powerful effect. Dialogue though is clear, but can sound a bit like a tin-can from time to time. It’s not the best mix, but it passes. 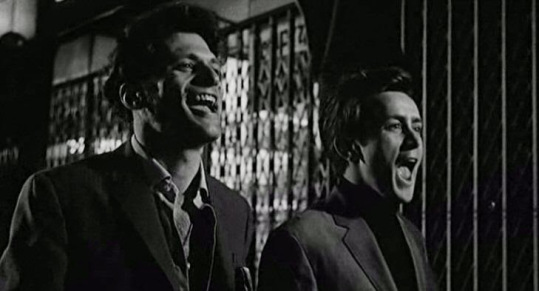 Audio Commentary – Director Larry Peerce and film expert from Twilight Time Nick Redman talk about making the film, casting the young unknown actors at the time, and the tones and messages of the film. It’s a great listen.

Isolated Music and Effects Track – Click this option if you want to just listen to the music and sound effects of the film without any dialogue.

Booklet – Julie Kirgo’s essay about the film and its cast and crew.

‘The Incident‘ is a damn good movie, that after 50 years, still packs a chaotic punch and is still scary-as-hell. What’s even better as that it shows what it might take for the common civilian to stand up for themselves and others in the face of torture and violence. Brilliantly made and well acted, this gritty film still has teeth and deserves to be seen. The video and audio presentations aren’t great here, but I’m not sure when we will get a better presentation of this movie here. The only extra is actually a very good commentary track from the director and Twilight Time’s film expert. Recommended for sure!

CLICK HERE TO PURCHASE ‘THE INCIDENT’ FROM TWILIGHT TIME!