In 1977, Stephen King gave the world the short story of ‘Children of the Corn‘, which followed a rural group of kids who killed adults, because some supernatural demon told them to. Flash forward to 1984 and we got the film adaptation of King’s short story that starred a young Linda Hamilton (Sarah Connor in Terminator) and Peter Horton, whose only claim to fame was being married to Michelle Pfeiffer for a brief stint in the 1980s. The film was creepy enough and had a good backstory and origin tale to deliver the goods on scares, but it never stood tall against other horror movies of the time. That didn’t stop ‘Children of the Corn‘ from becoming a small film franchise over the years. You probably wouldn’t believe me if I told you that there are a total of 10 ‘Children of the Corn‘ films. Yes, 10 whole feature length movies that you’ve probably never seen minus the first film. Nine of these movies have never made it to the theater, but rather home video on various formats, and there is no sign of them stopping. I’m just surprised there hasn’t been a big budget remake yet. The 10th installment is titled ‘Children of the Corn: Runaway‘, which in fact involves a runaway.

The story here is actually a solid one, but is never fully executed in a good or even scary way, which is surprising, because filmmaker John Gulager made it. Remember Gulager from that ‘Project Greenlight‘ show who went on to make the comedy-horror trilogy of ‘Feast‘? He’s more than capable of making a great film, because his direction and eye for visuals in the horror genre are very good, but the screenplay and tangents are just not there.

We follow a mother/son duo named Ruth and Aaron, where Ruth somehow escaped the child cult from the first film when she was pregnant with Aaron. Several years later, the two are trying to settle down in small towns, while the scary demon in all the movies, known as He Who Walks Behind the Rows (corn), seems to be plaguing her and consistently in her thoughts and mind.

There are beats of horror throughout, but they all seem rather tame an uninspired. The only real uptick for the film here is the chemistry between mother and son, which actors Marci Miller and Jake Ryan Scott perform quite well. Other than that aspect, there isn’t a whole lot to the film, other than sub-par action sequences and twists that you can see coming a mile away. I think it’s time to put this series to rest until we can reboot it for real this time, because this 10th film just doesn’t cut it. 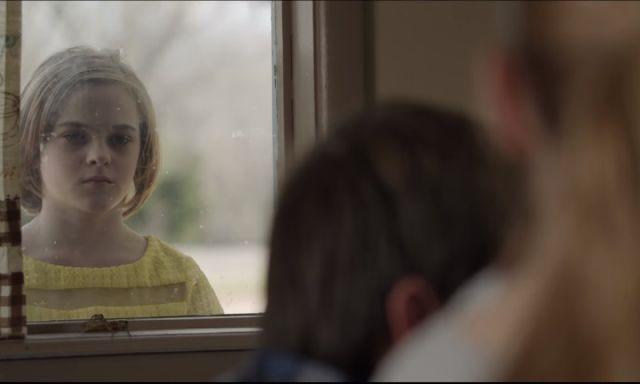 The Video: ‘Children of the Corn: Runaway‘ comes with a 1080p HD transfer and is presented in 2.40:1 aspect ratio. The film was shot on a low budget, so a ton of high end equipment wasn’t used here. Still, the video presentation here is quite good. Colors are on the warmer side due to the stylistic choices and the rustic setting of a small town, but the red blood is striking and stands out whenever any of the red goo is present. Green and yellow pastures and cornstalks look great as well, while other blues and browns are well-balanced.

Detail is sharp and vivid as well, even in the lower lit scenes, where you’ll be able to see freckles, individual hairs, practical makeup effects, wrinkles, and even some of the rural denim clothing stitching. There are some flashback moments where the image is quite grainy and soft, which is a stylistic choice, but it will hind the detail greatly in these scenes. Black levels are mostly deep and inky and the skin tones are natural and smooth. There were no major issues with any banding, aliasing, or video noise to speak of.

The Audio: This release comes with a lossless DTS-HD MA 5.1 mix and never fully utilizes any of the big action or horror elements. It’s unfortunate, because this could have been a great sounding horror movie. The sound effects are subdued surprisingly, other than a couple of scenes including a big incident in the cornfield. Other sound effects are soft, where surround speakers only sound off with light ambient noises of small town shops.

The bass does kick in a little bit, but does not have a powerful low end. The score will enhance some of the suspense, but is forgettable and the dialogue is clear and easy to follow along with, and free of any pops, cracks, hiss, and shrills. 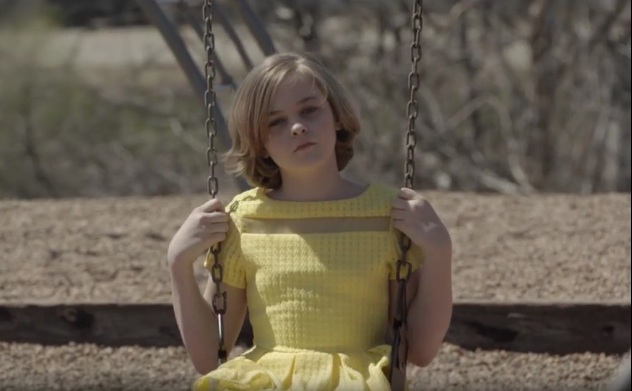 Deleted Scene (HD, 2 Mins.) – One deleted scene is included here that doesn’t really offer anything to the movie as a whole.

‘Children of the Corn: Runaway‘ is the 10th installment in the horror franchise. While it might add a cool background and story on something from the original film, nothing was executed in coherent way really. That and there were no big or scary sequences in the film either. Despite a good audio and video presentation, there is only one bonus feature here, which is just one deleted scene. You’re not missing much here, so feel free to casually watch it on Netflix if you’re a fan of the film franchise.