Favorite Movie Scene of the Day #19! 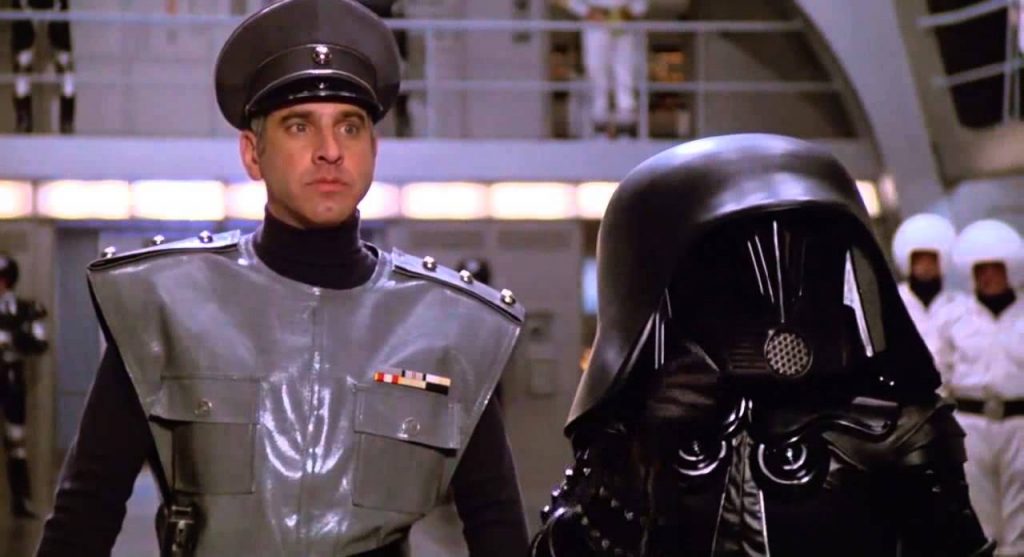 At least a dozen times per day, we all internally think the same sentiment. Those of us who are more courageous might speak it out loud. “I’m surrounded by fools.” Yes, we all think or scream this many times a day, whether we’re at the office, at home, out at a restaurant, or even watching the latest ‘Batman‘ movie at your local theater. Sure, we’ve replaced “fools” with other colorful words, such as morons, idiots, and even the occasional dingbat reference. It’s a thought that we all have shared more often than not throughout our daily lives that has become a universal joke over the decades. They’ve even made tons of merchandise, including keychains, bumper stickers, and T-shirts with this phrase on it. It’s like the universal wink to one another as we pass each other by in the hallways or on the streets. The other phrase we usually hear is “I’m surrounded by assholes”, which is more relevant today than ever.

This old school joke that has been around for many years was perhaps best shown in  Mel Brooks‘ film ‘Spaceballs‘, which is the Favorite Scene of the Day. You could technically put the entire ‘Spaceballs‘ film into The Favorite Scene of the Day, because each scene is nothing short of amazing, but this “I’m surrounded by assholes” scene is just as brilliant as they come. The scene basically starts out with Spaceball 1 firing upon the Mercedes Benz ship where Princess Vespa and her droid Dot Matrix are flying through space, where the evil Dark Helmet has them in their tractor-beam. To intimidate them, the henchmen on the big ship start firing lasers at the smaller ship, which infuriates Dark Helmet, because he thinks they’ll kill the Princess before he gets the combination to Planet Druidia’s air-shield.

Come to find out, most of the people aboard Spaceball 1 have a common last name, which of course is “Asshole”, which prompts Rick Moranis to use the famous line, “I knew it, I’m surrounded by Assholes”. The whole scene is about 40 seconds long, but is a prime of example of timeless and brilliant comedy. We can all relate to this and Mel Brooks perfectly captured this old joke on film with amazing actors and performances. Until next time, “Keep firing, assholes!”

Dark Helmet: Careful you idiot! I said across her nose, not up it!

Dark Helmet: Who made that man a gunner?

Major Asshole: I did sir. He’s my cousin.

Dark Helmet: Who is he?

Dark Helmet: I know that! What’s his name?

Colonel Sandurz: That is his name sir. Asshole, Major Asshole!

Dark Helmet: And his cousin?

Dark Helmet: How many assholes do we have on this ship, anyway?

[Entire bridge crew stands up and raises a hand]

Dark Helmet: I knew it. I’m surrounded by assholes!