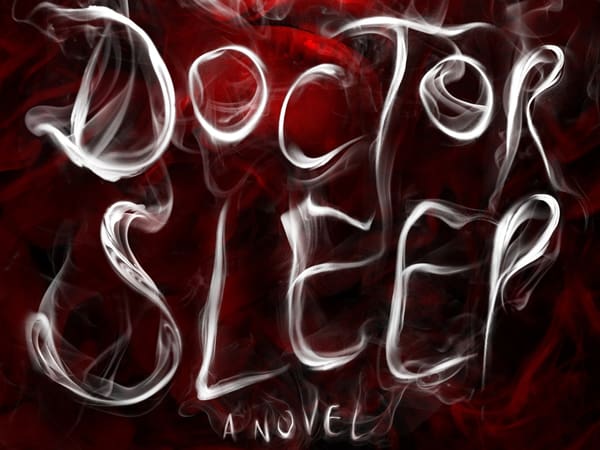 Back in 2013, horror master Stephen King released the novel ‘Doctor Sleep‘, which was his sequel to ‘The Shining‘. It was only a matter of time before we got a movie adaptation of it. So here we are in 2018 and it looks like Warner Bros. is developing the project at full steam ahead. Mike Flanagan has been set to write and direct the film. Flanagan is a horror filmmaker himself, where he got his start with the films ‘Oculus‘ and ‘Hush‘.

He soon went on to make the recent ‘Ouija: Origins of Evil‘, which is solid, as well as the most recent Netflix film ‘Gerald’s Game‘, which was a Stephen King story too. I imagine King had a big hand in getting Flanagan on board for this one, which now Flanagan has very LARGE  shoes to fill after Stanley Kubrick, who directed the original film, which was released back in 1981. Flanagan will re-write an already existing script from Akiva Goldsman, according to Deadline, and I’m sure casting and pre-production are already underway. If you’re unfamiliar with the story of ‘Doctor Sleep‘, it follows Danny Torrance, the young kid in the original film who is now in his 40s and is going down the same road as his father Jack Torrance, played originally by Jack Nicholson.

Danny now has anger problems and struggles with alcohol. Due to his drinking and anger issues, his “shining” powers have been laying dormant for years as the evil ghosts of the Overlook Hotel have been haunting him. Danny sobers up and begins work at a hospice, caring for dying people and easing their way into the afterlife. He soon meets a very young girl who has the same “shining” abilities as him, but even stronger, but their is an evil cult after them in hopes they can take their “shining” abilities away to use for themselves. That’s the overall vague story plot for ‘Doctor Sleep‘, which is interesting to say the least. Of course, there are many references to the original story and even original characters show up, including Jack here.

So I wonder if Nicholson will reprise his iconic role as Jack Torrance in ‘Doctor Sleep‘. I sure hope so in some form or fashion. It’s widely known that Stephen King hated Kubrick’s vision of his story on film. He still talks about it. I imagine now that Flanagan is on board, King will be much happier with the outcome, but one thing is for sure, the film won’t look or be near as good as the original film. I’m still looking forward to this, but I’m super skeptical on how this could play out. Either way, expect some casting news very soon. I can see this film releasing Halloween time of 2019.