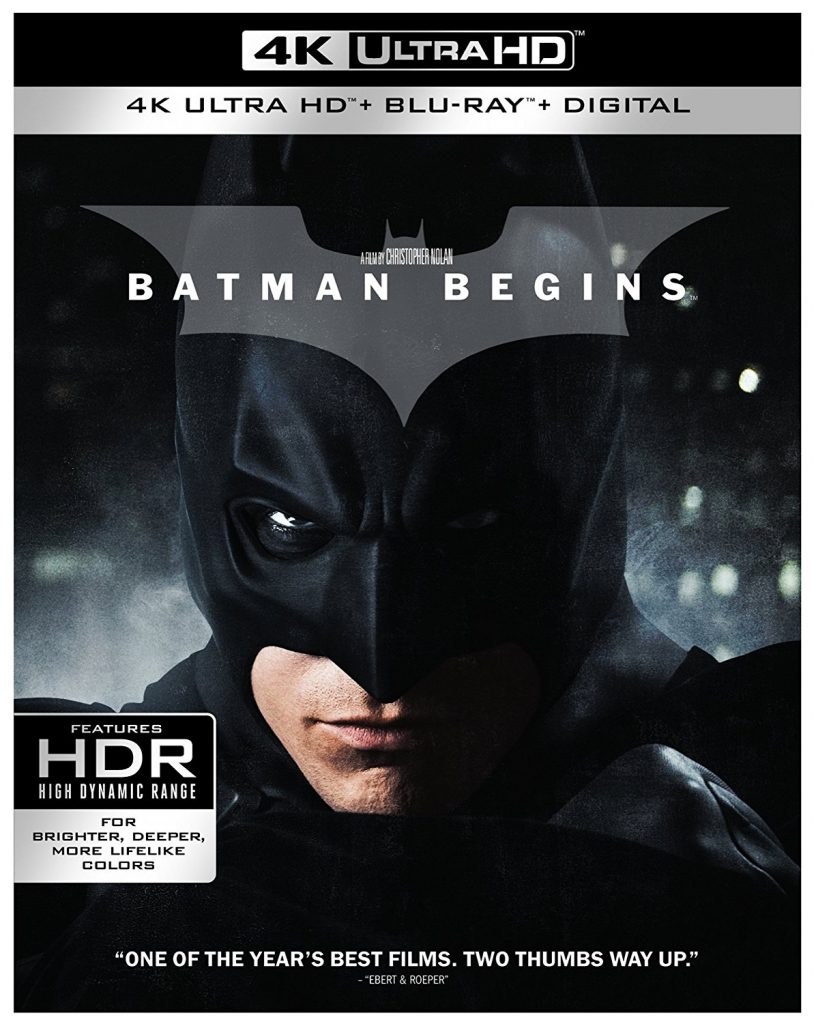 Since 1989, we were thrilled to have Batman movies. In 1989, we received are first big budget Batman film from newcomer director at the time Tim Burton. It went onto be a box office sensation and spawned three more sequels, which became increasingly worse and silly. By the time the 4th film got around, it was more like watching a slapstick cartoon than anything good or resembling Batman. In fact, the franchise became a joke. Then came along Christopher Nolan who made his trilogy of Batman films, starting with ‘Batman Begins‘, which told a much darker and realistic side of the Dark Knight. The results were astounding on both critical and box office fronts.

The acting, scripts, practical effects, and story were told with love and brutal violence, and also had Batman go into his detective mode, which we hadn’t quite seen before. Plus, we got a fantastic origin story of Bruce Wayne and Batman and how he became the caped crusader. Christian Bale stars as Batman/Bruce Wayne and does a perfect job in both roles. He plays the playboy Bruce Wayne with arrogance and slimy charm, but will turn on the redeemable and tough Batman act at the drop of a hat, making everything believable.

His struggle and fear of the unknown and bats is recognizable on his face, and he just owns every time he’s on screen. What we have here in the first film is Bruce Wayne “lost” in the world, but finds help in a certain secret society and training camp that trains these elite ninjas that is headed up by Ra’s al Ghul, who may or may not be a villain. Once Bruce finished his training, he wants to restore Gotham and seek justice from the bad criminals that have taken over the city. The person behind everything here is the Scarecrow who looks to poison everyone in Gotham.

With this first feature film of the trilogy, Nolan perfectly sets up each character that we’re bound to see pop up again and establish key relationships, as well as show the prime technology, including how Batman made his suit and got his Batmobile. It’s truly fantastic. ‘Batman Begins‘ is a wonderful first film that shows the true story and character of Batman. I doubt we will see anything this good again. 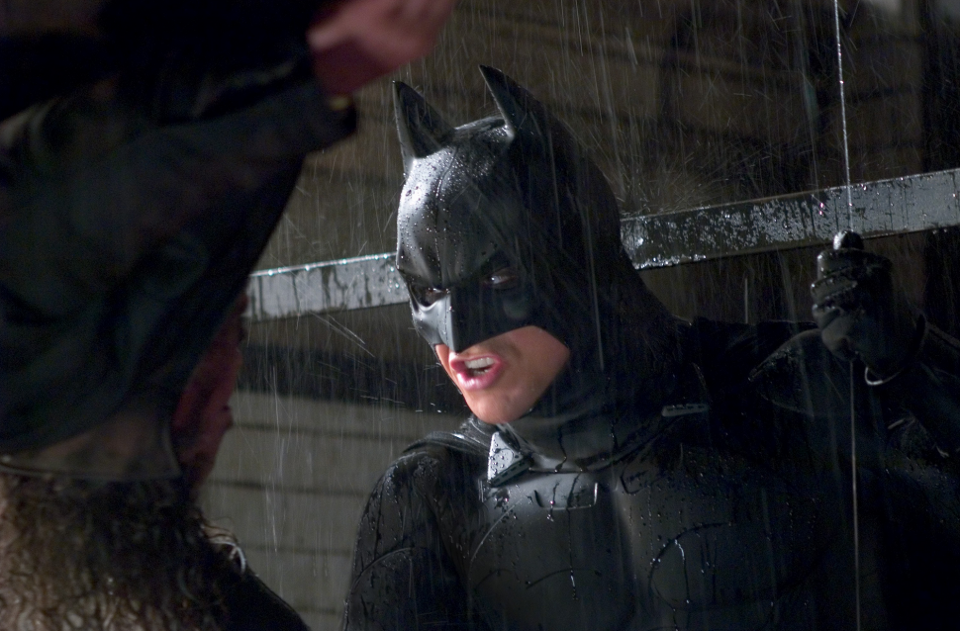 The Video: ‘Batman Begins‘ happens to swing onto 4K UHD and is presented in 2.40:1 aspect ratio. There is certainly an upgrade from previous Blu-ray versions. Colors, black levels and detail all look better. The colors are deeper and richer in every lighting environment. In ‘Batman Begins‘, the color palette is either steeped in cool blues and silvers or in hazy oranges and reds. There is really no in between with the exception of a couple of small moments. The various blues and shading of silvers when Bruce is training in the ice looks particularly great now. There are more nuanced colors here for sure. Each color seems to be brighter and more realistic.

The other reds and oranges of Gotham and the Batcave look excellent as well. The different lighting that makes everything look warm and comes across with a more thorough color scheme. There are fleeting greens, but it’s most either the orange or blue color scheme. Black levels look much better too with Batman’s suit looking exquisite and the dark shadows he hides in, which now – never show crush. Detail is at a higher level too now with Gotham buildings showing more intricate details, the Batsuit showcasing all the cool technology and design textures, and even Scarecrow’s mask showing all the individual threads much easier now. The skin tones are also very natural now. Great video presentation for sure.

The Audio: This 4K UHD release comes with a lossless DTS-HD MA 5.1 mix, which sounds basically the same as the previous Dolby TrueHD 5.1 option. There are no Dolby Atmos or DTS:X tracks to choose from, which is very unfortunate. It would’ve have been amazing to hear the bats flying overhead here and all of the other aerial sound effects come to play. That being said, this audio presentation is no laughing matter. It’s sounds great. Some of the best scenes for the full effect of sounds come with the fire at Wayne manor where the wood beams buckle and fire can be hears crackling everywhere.

I was completely impressed by that. Another great scene is when the bat fly around the Batcave and in the Gotham building. These sound effects have great directionality and are layered with distance and great dynamics. Other ambient noises sound full and robust in the background too. The score is fantastic and always adds to the suspense and tone of the film. The dialogue is always clear and easy to understand, even with the different Batman voice.  The roar of the Batmobile packs the bass and really revs up the sound design. There we no pops, cracks, hiss, or shrills here. I loved this audio presentation.

There are no new extras nor are there any extras on the 4K UHD Disc. The following are all the imported extras from the previous Blu-ray that are located on the Blu-ray included in this set.

Picture in Picture  – This is a PiP track you can watch as the movie plays out. Christopher Nolan and various cast and crew talk about making the film with on-set footage, and  behind the scenes. There is some great info here, but there are some gaps in between talking and videos and is very dry.

Genesis of the Bat (HD, 15 Mins.) – The cast and crew talk about how they began to take on this new Batman trilogy, the development process, and more. This is more or less EPK material.

Batman: The Journey Begins (HD, 14 Mins.) – This focuses on the casting of the film, which is quite fun to watch.

Path to Discovery (HD, 14 Mins.) – This centers on filming on location in Iceland in the cold, as well as some of the earlier scenes in the movie. Very cool.

Saving Gotham City (HD, 13 Mins.) – This covers the most intense action sequences, which had very little of zero CGI effects.

Shaping Mind and Body (HD, 13 Mins.) – This centers on Bale and his training and rehearsals for Batman. This guy went through a lot to play this character is so much fun to watch him transform into Batman.

Cape and Cowl (HD, 8 Mins.) – The new Batsuit is talked about here and we see how it was put together and designed.

Batman: The Tumbler (HD, 14 Mins.) – The new Batmobile is covered here with  cast and crew talking about it’s design, the technology, and driving it.

Still Gallery (HD) – Tons of promo art for the film are displayed here.

Confidential Files (HD) – Here were have a lot of animated text pages and images of concept art for the film. 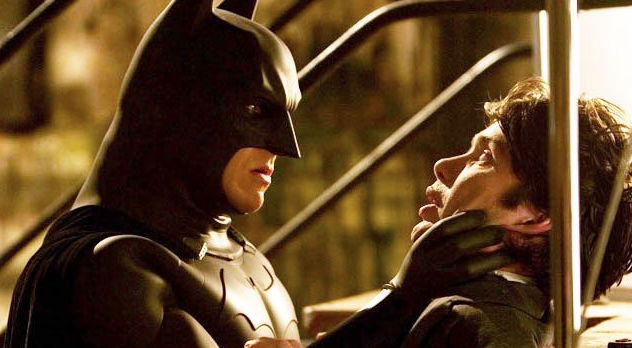 ‘Batman Begins‘ on 4K UHD is a worthy upgrade from your previous Blu-rays. You will get the 4K UHD Disc, the Blu-ray, and the Digital Copy. The video is upgraded with better detail and  an almost similar sound design. The extras are all imported over as well. The film itself – well, it’s magnificent. HIGHLY RECOMMENDED and a WORTHY UPGRADE!