The Hope of ‘Star Wars’!

Star Wars feels like the one franchise that everyone agrees on that one fundamental thing: We want it to be good and we are hopeful it will be. I can’t think of a film franchise that offers so much hope with every installment. I’m not talking about what happens on screen either, that is for someone else to write. I’m just discussing the general public and their anticipation for each entry.

No other film franchise gets this sort of spiritual hopefulness about it. Countless people will say a Marvel or DC comic movie looks bad and root for it to do poorly. Harry Potter lost some steam towards the end when tackling the final two books and there isn’t a large hopeful group with the Fantastic Beasts movies. Other franchises just know what they are now from Fast & Furious, Mission Impossible, to Jurassic World. These films make money and are usually enjoyable but they all lack the consensus of positivity about the next installment.

Star Wars is the opposite. It has been able to amass fans from several generations who all look forward to the next chapter. Even people who don’t typically get into these movies get hyped for Star Wars. Personally, I really like Star Wars, but I am not a die-hard Star Wars fan. There are plenty of other movies I would choose to watch before any Star Wars film, but I love the buildup and despite my tendency to lean towards “hating”, I always find myself excited and hopeful for the next one.

I remember seeing the prequel teaser poster with young Anakin casting the shadow of Darth Vader on a hut, and just getting excited. I remember the first trailer for The Phantom Menace and the audience erupting. Even after The Phantom Menace disappointed many fans the “Vader breathing” teaser for Attack of the Clones gave me goosebumps of what this could be. The Revenge of the Sith trailer elicited gasps the first time we saw Obi Wan and Anakin battle with a volcano erupting behind them. Love or hate these prequels, I still got excited for every single one. People would analyze the trailer, the voice overs, and the editing just to try and piece together what could be going on. Every single time, regardless of my feelings about the prior one, I was hopeful that the next one would be great. Rogue One even had a teaser that just blew me away and made me believe they could pull it off.

The same is true for The Force Awakens. The anticipation was so high and the imagery of that initial teaser trailer was so beautiful. When the Millennium Falcon burst into the sky (over what we now know is Jakku) battling two tie fighters my heart just swelled. I was happy to be back in the galaxy far, far away. I distinctly remember the goosebumps I got when I saw Han Solo on the Millennium Falcon during the Monday Night Football trailer premiere. I rushed online to buy my tickets weeks in advance! So did millions of others.

The hope was rewarded and The Force Awakens was very, very good and introduces an excellent new cast. Regardless of any “it’s essentially a remake” complaints you’d hear, the consensus was that the new cast was incredible and we couldn’t wait to follow them on their next adventure. The Last Jedi trailers have been nothing short of a rollercoaster of anticipation and chills. The instant Kylo appeared to reach his hand out to Rey in the Monday Night Football trailer I yelled and rewound it 3 times. I know it is an editing trick but I was so truly excited and full of joy that this was coming out soon.

I have some friends that argue about movies on social media and text all the time about movies. We’ll rip DC, Marvel, Fast, and nearly any other movie target. No one is afraid to be honest with their opinion. I think the most negative thing that has been said about The Last Jedi is, “2.5 hours long???” Everyone wants it to be good and hopes that it is. I have family members who don’t care about movies one bit and aren’t loyalists of any franchise, but roll out and get excited for Star Wars. I have co-workers who will tell me that Boss Baby and Deadpool are the best movies they’ve seen in a given year who get excited for Star Wars and hope it is good. Even in the cesspool of the internet, you have to work pretty hard to find some hardcore anti-Star Wars stuff whereas you type in Marvel or DC, and it’ll be the first thing that comes up. 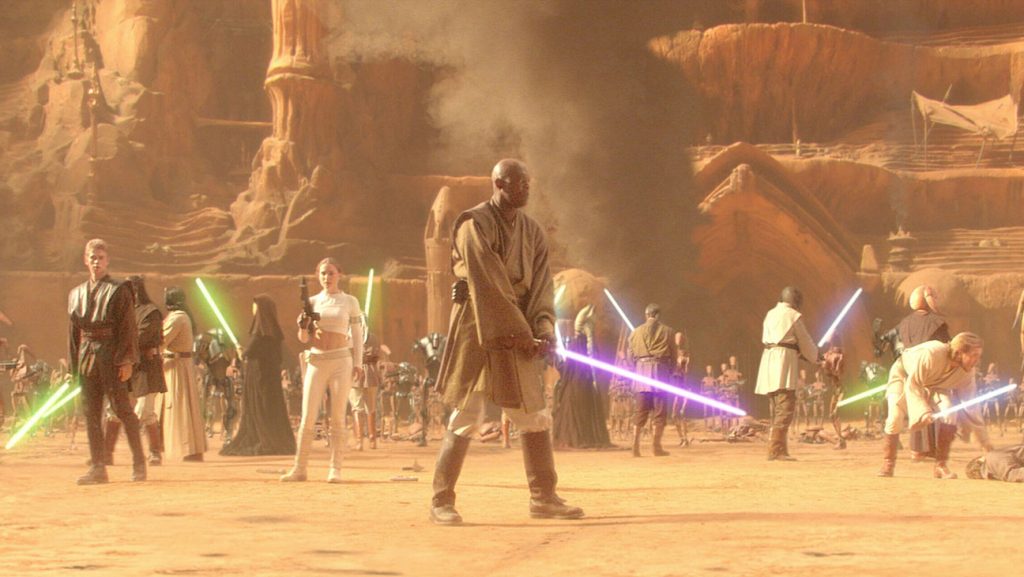 It is rare with our cynical, narcissistic, opinionated, and hatred fueled pop culture world that Star Wars still inspires so many different people to hope that Star Wars is good. Even if the film ends up not living up to our sky high expectations and hopes for it, everyone seems to share the same optimism going into the theater and that is a beautiful thing. I hope that a decade from now my kids and I can sit down and get excited about a Star Wars trailer together and hope that it will be amazing.  “Remember, hope is a good thing, maybe the best of things, and no good thing ever dies.” Star Wars is hope. It is a good thing. It is something that families, generations, and different cultures all look forward to together. This week millions will sit down having anticipated this film for months and as the lights dim they’ll all say a silent prayer, “I hope this is really good.” More often than not, with Star Wars, it is.