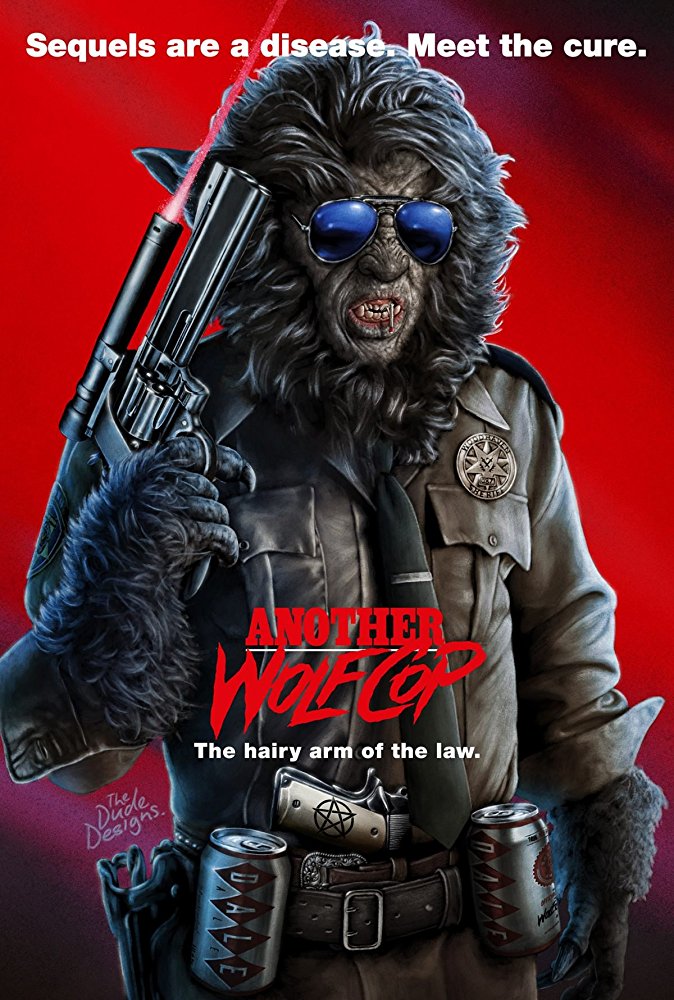 I had the awesome pleasure of watching ‘Another Wolfcop‘. I have to preface this review by saying there are few things I love more in this world than movies, specifically the fantastic sub-genre of horror-comedy. Don’t ask me why, but that pair works together like pineapple on pizza. Yeah, I’m one of those people. While people far and wide dis the pineapple on pizza combo, it’s an unadulterated fact that the horror-comedy tag-team works like crazy in film. So read on to check out what you can expect from this sequel to ‘Wolfcop‘ from writer/director Lowell Dean.

The film stars Leo Fafard (‘Wolfcop‘), Amy Matysio (‘Just Friends‘, ‘Dark Matter‘), and Jonathan Cherry (‘House of the Dead‘, ‘Goon‘) along with Devery Jacobs (‘This Life‘, ‘Cardinal‘) and Serena Miller (‘The Trustee‘). Alcoholic werewolf cop Lou Garou springs into action when an eccentric businessman with evil intentions seduces Woodhaven’s residents with a new brewery and hockey team. I’ll start out with saying if you haven’t seen the first movie in the series, it will not cause an issue if you choose here to start watching. There’s not a ton of backstory you need to know going in other than “an alcoholic cop turns into a werewolf”. Boom. You’re caught up. 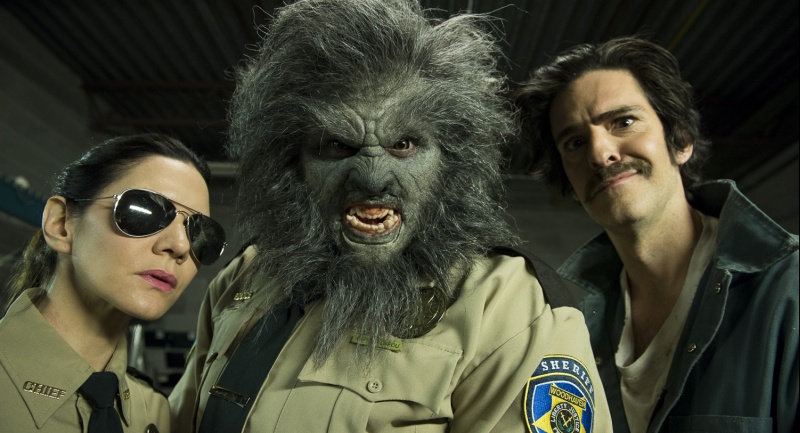 This movie was so much fun! Oh my gosh I laughed until I got the hiccups then laughed with hiccups because there was so much nonsense going on. It was insanely stupid and over-the-top which only made it more awesome. This is, clearly, not going to be put up for any Academy Awards and it is not a serious movie. If you ever want to watch a legitimately serious movie and you go for ‘Another Wolfcop‘ you’ve probably hit yourself in the head with a tack hammer one too many times. What this movie lacks in seriousness, it makes up in fun. It’s ridiculous and I adored every ludicrous minute of it.

It’s bloody, campy, kitschy, and seriously does not try to hard to be something it knows it won’t be. It’s like Dean got up one day and said let’s make a hilariously bad movie, then went out and did it. One thing I did not expect was that Kevin Smith played a role in it. He’s hilarious as the mayor of a Canadian town that’s getting far too much enjoyment out of Chicken Milk. Honest to God, that’s a drink. So if you want to see the “furry arm of the law” in action, and/or a penis with eyebrows, this is the movie for you!