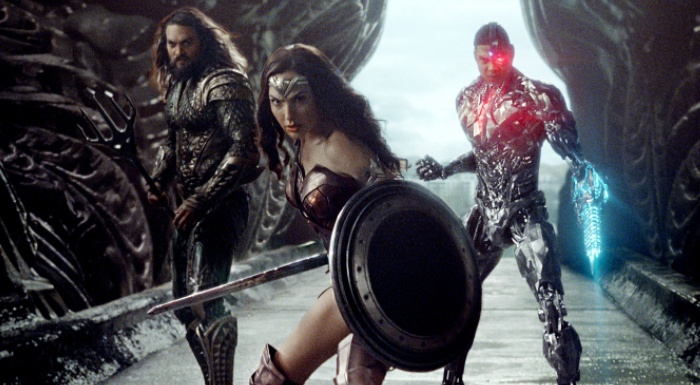 There are several things about Justice League that are good. I think the cast is terrific. Gal Gadot, Ben Affleck, Jason Momoa, and Ezra Miller are great in their roles. They each have a character moment (earned or not) that makes me interested in seeing their next solo adventure. DC/WB has put some talented filmmakers in charge of the next slate of movies. Justin Lin doing Aquaman sounds great, Patty Jenkins taking Wonder Woman on her next adventure, and Matt Reeves writing and directing The Batman. These are world-class filmmakers who have a great actor in the title role and hopefully that leads to some great story telling. I have no idea who is directing The Flash but I did enjoy him as the comic relief character in Justice League and would like to see if he is more than that in the future. Even Henry Cavill’s “new” Superman was delightful as he is reborn in this film and is no longer a whiney douchebag with terrible parents. Man of Steel 2 is actually on my radar now! But those are the nicest things I can say about Justice League. I loved the cast and I look forward to their solo adventures because having them all together in whatever Justice League was/is/supposed to be was a horrific insult to the fans of DC and moviegoers in general.

I had the opportunity to see an unfinished cut of a movie back in 2007-2008 when I was working at the movie theater. It was a test screening where some studio person showed a rough cut of the film and asked for feedback. They warned us ahead of time with statements like, “The visual effects aren’t done.”  “You’ll see green/blue screen.” “The sound mixing isn’t complete.” “The editing may feel strange.” All of these warnings to let you know that this is a product they are still actively working on and it isn’t finished. Justice League felt like a more complete test cut of a movie. I understand that behind the scenes Zack Snyder had a horrific tragedy and stepped away so Joss Whedon was brought in to write some new things and shoot new scenes to complete the movie. But it is a mess. After seeing the final product, I have no clue why the film wasn’t delayed to March, or April, or Summer so that the studio could make sure that it was finished fairly and properly. Perhaps even allow Snyder to return and finish the film. I’m not a huge Snyder fan but I won’t deny that he has a vision for his movies. Even if it doesn’t work for me on any level, I’d rather watch someone’s finished product than whatever this was. 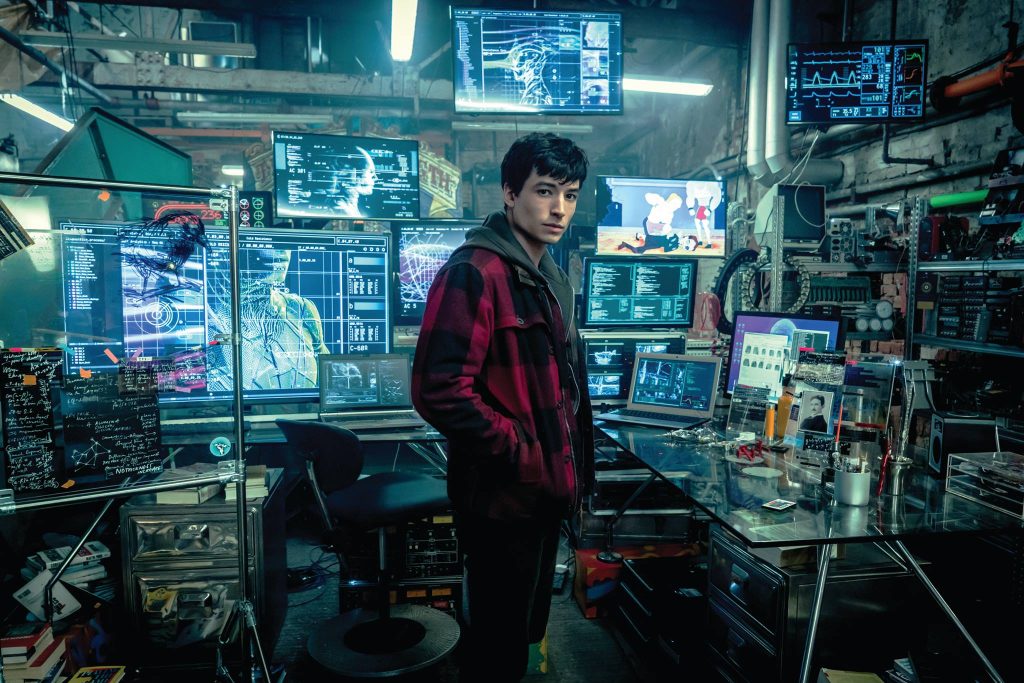 Enough has been said about the various flaws of Justice League and at this point any in depth discussion would just feel like piling on but they need to be acknowledged in the macro sense. The CGI for Cyborg was embarrassing to see in a $250 million tent pole film. He looked like a playstation 3 character. There were scenes with Henry Cavill’s face that looked weird and then I remembered the moustache situation, not a huge deal but maybe avoid a huge close up of his face if you had to digitally add his upper lip 6 weeks ago. The villain is on par with the worst of any Marvel villains as far as motivations, characterization, and look. The editing is very choppy. I read that there was a mandate from WB that this film had to be 2 hours or less, which I personally think is brilliant. Make the story tighter and allow more show times at theaters to boost box office but with the 2 directors and behind the scenes scramble it feels like it needed more time to be fleshed out. The music didn’t do much for me in this one whereas Man of Steel and Batman v Superman at least had good scores. It just didn’t feel complete. Finally, the money shot of the league standing together should be awesome. Remember the pan around of the Avengers? This movie has everyone standing in a row ready to face the bad guy but it looks like they were never all there on the same day or something. It feels off. DC fans have waited for this movie for decades and for the studio to show such little care for the product is just insulting, especially given the cost. Why not delay the movie 6 months and get it right?

I did enjoy the humor. I thought that some of the lines and reactions were funny and felt true to the character. I know the internet gets deep into the humor of DC/Marvel debate but from a character standpoint it didn’t feel as though the lines were forced. What felt forced was that some of the humor felt like it was taken from a different movie. Again, I understand there were reshoots with a different director. I am not getting into the Joss/Zack % debate. My contention is the humor worked but at times the editing made you feel there was a different version of this movie. I am probably more in tune with noticing this than the average moviegoer so it probably means nothing to most of you. I liked the humor, it worked for the characters but at times it felt spliced in. 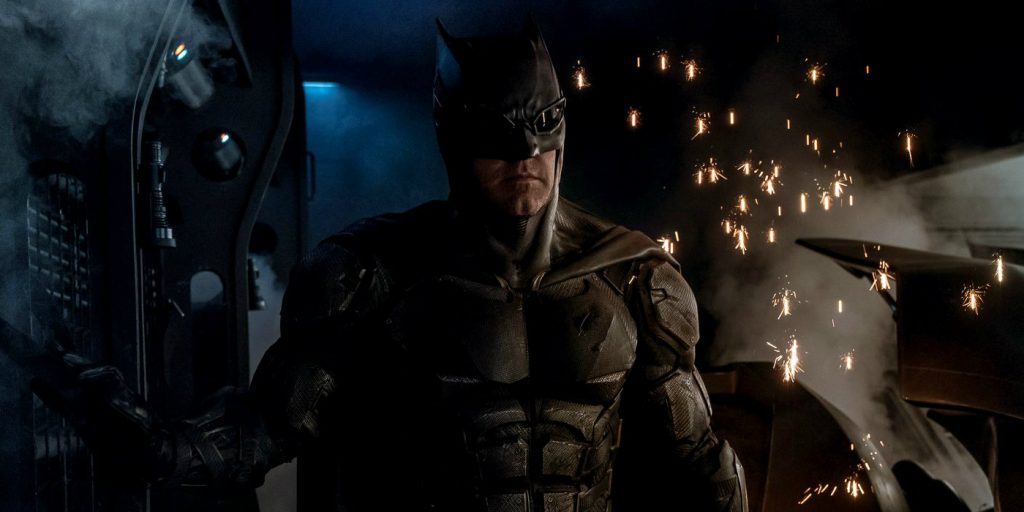 Every team up DC movie has been a mess and afterwards you read about behind the scenes studio involvement and tinkering. On the other hand, Man of Steel and Wonder Woman who let one director do their thing were much better movies than Batman v Superman, Suicide Squad, and Justice League. In Justice League you can see the fingerprints of studio executives on every frame of the movie. They need to back off. The studio is putting out mediocre to bad final products because of meddling that starts at the top. Get a vision. Get a plan. Take your time. I would’ve much rather waited for a good Justice League movie than spend two hours trying to figure out why they hell they let a movie with this structure and that looks like this be released two weeks after Thor and three weeks before Star Wars.

None of this matters and the movie will be a financial success. There will be sequels and there should be. I want sequels. I want to see Aquaman, Batman, Superman, and Wonder Woman solo films. I also want to see the whole league together again but not like this. DC/WB have great actors in the most iconic superhero roles and they are really fun to watch play these characters. It isn’t critics making the reception to these movies poor, it isn’t a conspiracy, it isn’t Marvel sabotaging things, it is DC/WB executives being too reactionary and having no leadership to usher in a solid final product. Star Wars: The Last Jedi was delayed. Han Solo will probably be delayed. Marvel shifts movies around regularly. Successful franchises and studios focus on putting out the best product they can, not meeting a release date. With the events that occurred during this film behind the scenes, the smartest decision would’ve been to delay this movie a few months and make sure it looks and feels right. It has some bright spots that I enjoyed but putting this anticipated of a movie out in this state is an insult to the fans of the characters, fans of movies, and the actors who did a great job.