A Deeper look into the ‘The Holiday’! 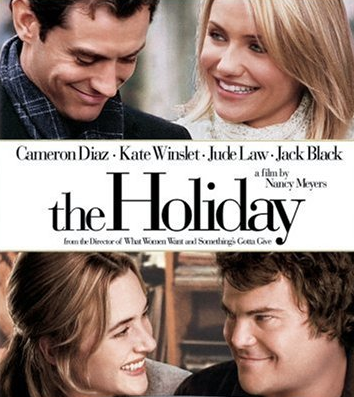 In 2006 a little movie by the name of ‘The Holiday’ was released unto the world from the place where all darkness flows. It now signifies the start of “Holiday Movie Season” for countless women across the globe. I believe it is solely responsible for the Hallmark Channel’s holiday film slate every November-December. However, the imitators don’t even come close to the unique mess this film is. I actually don’t think I’ve seen the movie in one full sitting the past 5 years but it has been in such a rotation in my home that I’ve caught it in enough chunks to have seen it at least 10-12 full times since it came out in 2006. I really want to break down the absurdity of this movie to get everyone in the holiday spirit.

So Iris is a writer at some newspaper in London who is in love with her boss played by Rufus Sewell who can’t help but look like a menacing villain even in a romantic comedy. When she learns he engaged she needs to “get away” so she drinks some wine and googles house exchange programs. The movie works really hard to make Kate Winslet not seem like an absolute delightful woman in the first few scenes. Amanda, played by Cameron Diaz, on the other hand is a workaholic with an asshole fiancée played by romantic comedy’s go to ass hole, Ed Burns. She catches Ed Burns cheating and decides she needs to spend the holidays with her family. Kidding! She spends it with her friends. Kidding! Both women decide to swap homes for two weeks on some 2006 era home swap website. Iris will stay in Amanda’s home in California and Amanda heads to Iris’ home in England. 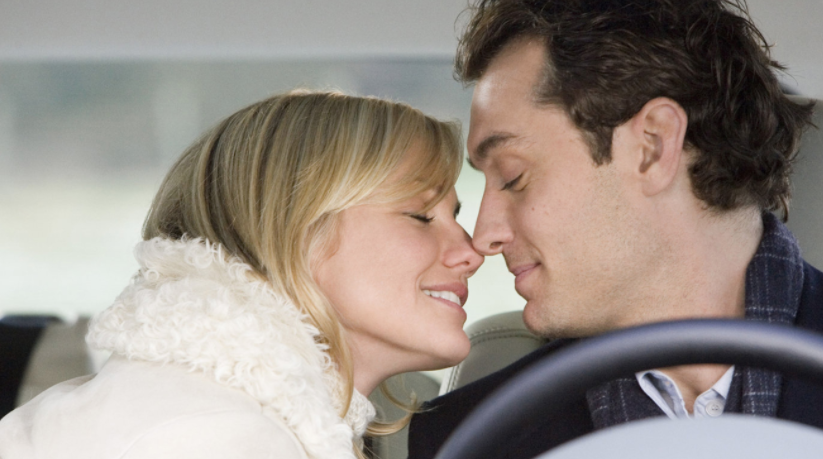 Amanda gets to England and realizes that England sucks (duh) and has some car trouble because they drive on the other side of the road. (LOL!) Eventually, she decides to fly home the next day that is until a creepy drunk stranger knocks on the door claiming to be Iris’ brother who had no idea she was out of town. So Amanda politely says “I’m sorry complete stranger. Your sister and I traded houses and I won’t let you in here out of fear for my own safety. So sorry.” Just kidding again! The drunk stranger is Jude Law looking very attractive so she lets him in, sleeps with him, and then gets suspicious the next morning when he gets a call from two “women.” I mean how dare he be in a relationship in another country after meeting me 4-6 hours ago is exactly the type of normal thinking anyone in her situation would do. Graham (Jude Law) says he will take her to dinner and explain.

Across the pond, Iris meets Miles (Jack Black) who looks like he was filming something in his Tenacious D formal attire after she befriends a screen writing legend name Arthur. This is the most believable part of the movie. I believe that Kate Winslet can absolutely befriend a nice elderly man within hours of arriving in California. It turns out that Miles is a musician and is really nice, unlike that jerk back in England, but Iris needs to learn how to stand up for herself to England jerk by watching old movies that Arthur guy suggests. Eventually Arthur is going to be honored with some award but is nervous because he can’t walk the stage to accept. So Iris, who survived the Titanic sinking, says I’ll train you how to walk in the next 11 days despite having no fitness credentials. Miles and Iris bond and give each other satisfied looks when Arthur walks. 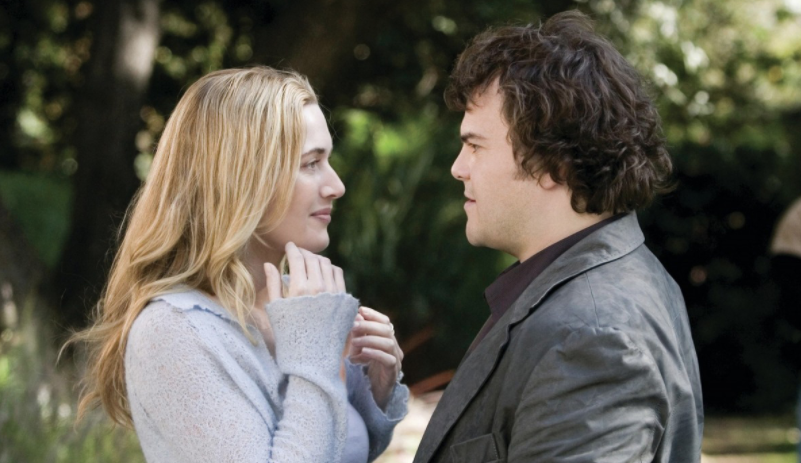 Back in England Amanda decides to not continue to see Graham (after exactly one drunken hookup) but changes her mind and surprises him at his house. Well guess what Amanda? Graham isn’t a womanizer! He has two young daughters with cute accents who recently lost their mother. Don’t presume things about beautiful people, Amanda! Sometimes the drunk stranger you sleep with in another country who essentially barged into your cottage may have a heart of gold. Never forget that timeless Christmas lesson.

In the end Iris falls for Miles. Jack Black nabs Kate Winslet. Insane. Miles decides to follow Iris back to England. Of course Amanda is immediately embraced by Graham’s daughters and gets to show Graham what a wonderful mother she would be based solely on her ability to lay under a tent and not cry with two girls who recently lost their Mom. Simply being human is an actual character arc for Amanda. The night before Amanda leaves she changes her plane ticket and decides to stay in England and Iris returns to England with Miles. Jack Black, Kate Winslet, Jude Law, and Cameron Diaz all sing together on New Year’s Eve and all is right in the World. 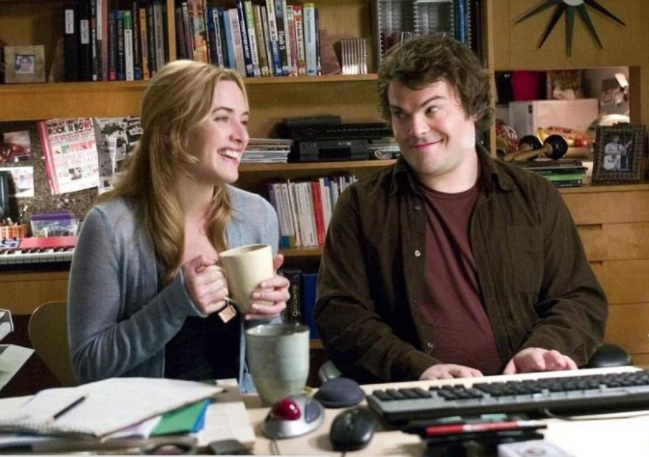 The Christmas lesson to be taken from this film is simple. Be nice to elderly sick men who are nice to you. Don’t be a bitch to two girls who lost their mom. Sleep with any stranger who looks like Jude Law and everything will be ok. Wait, imagine if the Graham role was played by Jack Black? No chance Diaz doesn’t call the cops when he barges in. Finally, if you can get Nancy Meyers to direct at least 2 A list stars then it doesn’t matter what the plot is. She will make it work.

So remember fellas, when this movie gets turned on in your home the next two months you should find something else to do. But if you have no choice then sit down and watch and marvel at the insane plot from 2006 that has become a recent holiday classic. It is truly incredible.