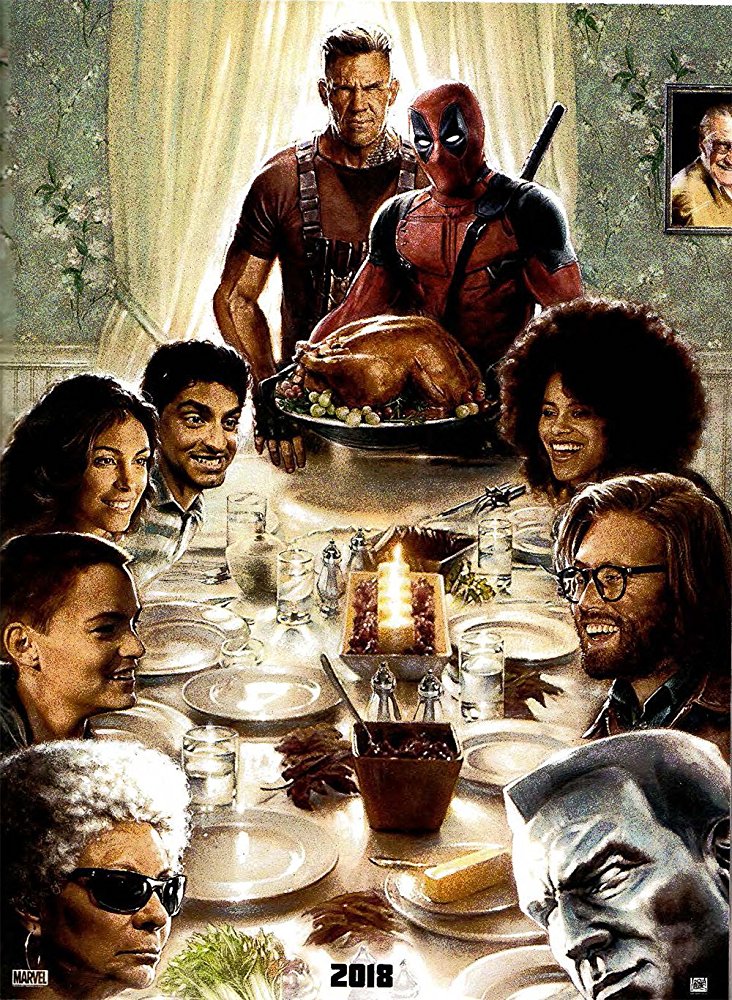 Just to give you a taste of what Deadpool 2 is going to be about, Twentieth Century Fox had this to say about the sequel –

“After surviving a near fatal bovine attack, a disfigured cafeteria chef (Wade Wilson) struggles to fulfill his dream of becoming Mayberry’s hottest bartender while also learning to cope with his lost sense of taste. Searching to regain his spice for life, as well as a flux capacitor, Wade must battle ninjas, the yakuza, and a pack of sexually aggressive canines, as he journeys around the world to discover the importance of family, friendship, and flavor – finding a new taste for adventure and earning the coveted coffee mug title of World’s Best Lover.”

What I’m taking away from this is ain’t nobody know shit yet on what this movie will be about. It’s going to be hella funny, hella violent, and a hella good time. So we can expect just about anything from the sequel to 2016’s ‘Deadpool‘. We know that Ryan Reynolds, Morena Baccarin, and Josh Brolin will be playing key roles and the film drops June 1, 2018.