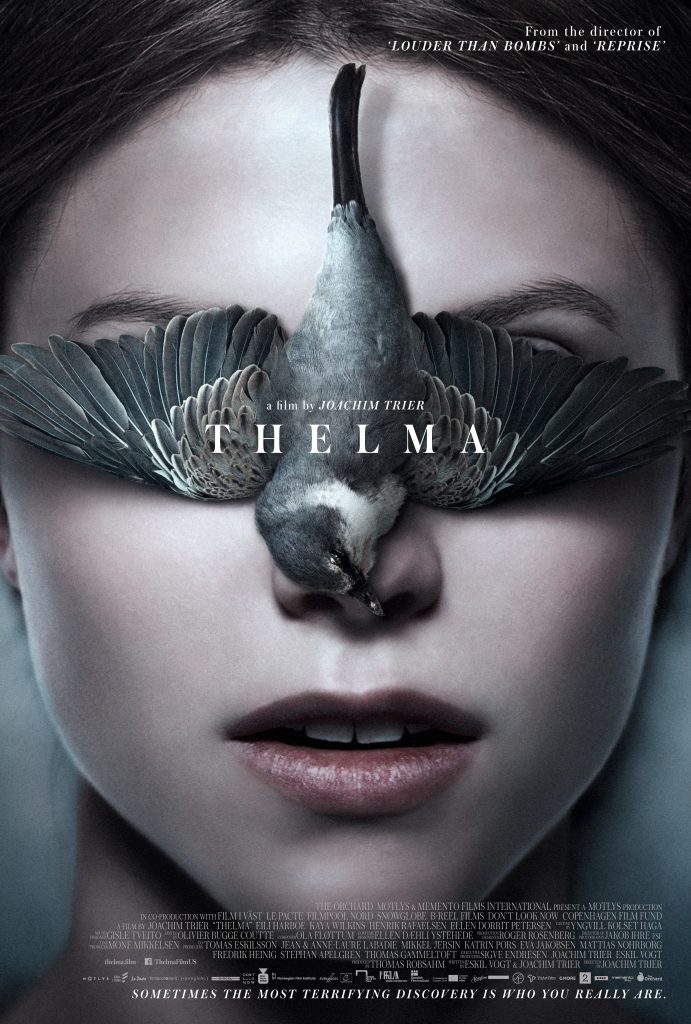 From director Joachim Trier (Louder Than Bombs, Reprise), and writers Trier and Eskil Vogt, comes the supernatural thriller THELMA. The cast includes Eili Harboe, Okay Kaya, Henrik Rafaelsen, and Ellen Dorrit Petersen is set to make its debut at Toronto International Film Festival. The Orchard will open the film in theaters on November 10, and it has just been announced that THELMA is Norway’s official Oscar entry for Best Foreign Language Film. Following its TIFF premiere, the film will be shown at Fantastic Fest and New York Film Festival.

Thelma, a shy young student, has just left her religious family in a small town on the west coast of Norway to study at a university in Oslo. While at the library one day, she experiences a violent, unexpected seizure. Soon after, she finds herself intensely drawn toward Anja, a beautiful young student who reciprocates Thelma’s powerful attraction. As the semester continues, Thelma becomes increasingly overwhelmed by her intense feelings for Anja – feelings she doesn’t dare acknowledge, even to herself – while at the same time experiencing even more extreme seizures. As it becomes clearer that the seizures are a symptom of inexplicable, often dangerous, supernatural abilities, Thelma is confronted with tragic secrets of her past, and the terrifying implications of her powers.