Film Review: ‘The Mountain Between Us’! 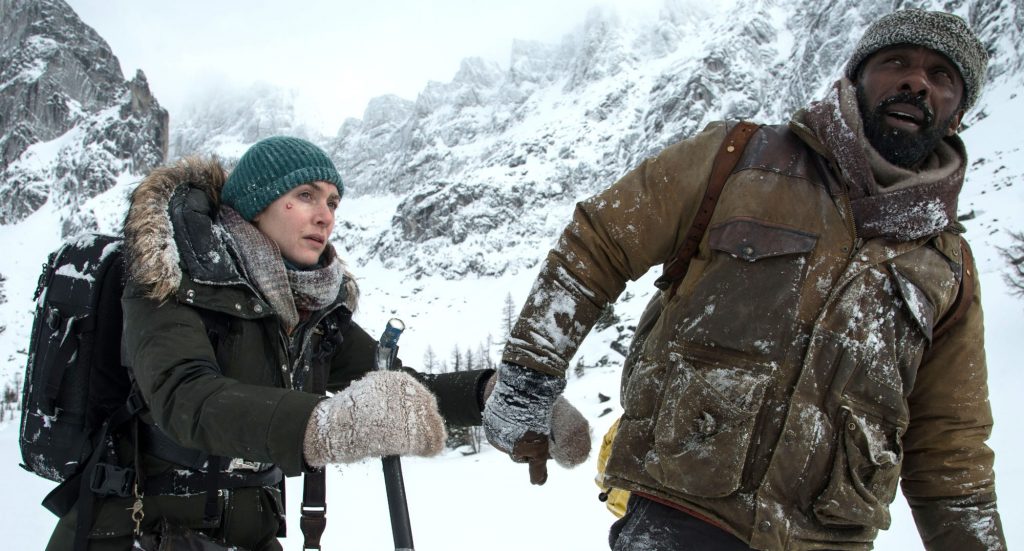 In modern terms, a unicorn is a sought after item of idea that you can never have; a fabled creature and impossible to capture. The perfect date night movie is the unicorn of our times. Speaking in stereotypes, men are said to want comedy, death defying action-adventure, and it would be great if someone got shot or maimed. Women are said to want lighthearted flirting, sincere laughter and a beautiful backdrop in which a woman is swept off of her feet by a gorgeous man. Ladies and gentlemen, I present to you The Mountain Between Us. The answer to your date night woes. A unicorn.

Alex, played with tenacity and grace by Kate Winslet, is trying to get home for her wedding, and Ben, played by Idris Elba with a challenging combination of strength and vulnerability, is trying to make it to a surgery he is supposed to perform. When their flight is cancelled due to bad weather, Alex decides to book a charter plane, and hearing of Ben’s frustrations, invites him to share the ride. But luck is not on their side, and their small plane runs into trouble and crashes on a secluded mountain.

What follows is a movie about hope, determination and what two people can accomplish if they refuse to let the other give up hope. Alex is injured in the crash and is lucky enough to have a neurosurgeon on board to help her back to health. He cares for her physically, and she bolsters him emotionally, refusing to give up, insisting that they keep fighting their way down the mountain. The friendship that unfolds between them is an easy one, as if they have known each other for years. I can imagine that being the only person the other has to talk to in a life or death situation can have that effect. That is not to say that there isn’t tension between them, strangers often rub each other the wrong way, but it is also one of the things that keeps the movie grounded.

Because the film is 98% just two people (and sometimes a dog) for almost two hours, the casting had to be perfect. Had this project been attempted by actors of lesser caliber, it would have been a complete failure. Idris and Winslet show themselves as masters of character study, every movement seems casual and easy as if they are truly living the lives of these characters. The landscape itself is just as much a character as the actors themselves- it is breathtakingly beautiful, serene, but cold and unforgiving. Director, Hany Abu-Assad, brings you into their world by really letting you listen to the mountain. No musical track track, just the cold bitterness of the wind and silence. It’s a simple and clever way of drawing you in and helping you feel the isolation of their situation.

I don’t want to give too much of the story away, because their relationship is one that is better seen than read about. But as I said above, there is romance. There is a love between them in their time on the mountain. I cannot say that it all ends well, that either leave the mountain whole, or at all. That is something you should find out for yourself.

4 1/2 out of 5 stars- the half off is because i’m sure there is something wrong with it, even if i still can’t think of anything days after having seen the movie