Let’s all get DEMONIC for Halloween! 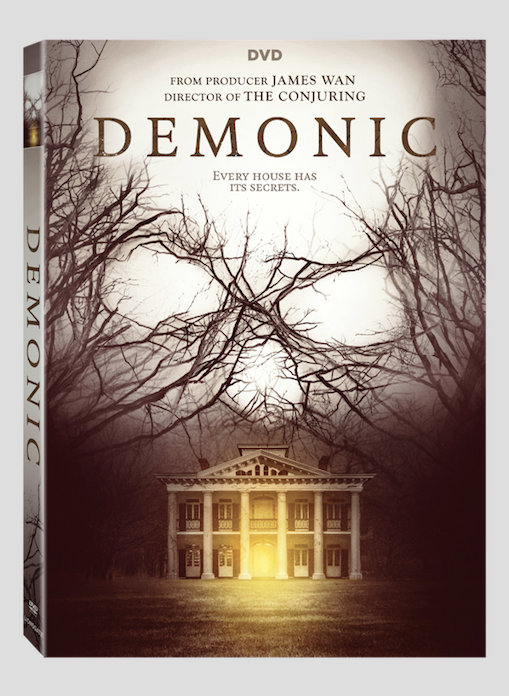 A new horror film titled Demonic is coming to DVD and Digital HD on October 10 from Lionsgate that stars Frank Grillo and Maria Bello. I haven’t seen it yet, but the trailers look pretty good. Also, James Wan (The Conjuring, Saw) produced the film. This all releases just in time for Halloween. Let it also be known that Demonic is a Rated R horror film that is under 90 minutes. It’s like this movie speaks to me.

The film centers on the aftermath of a horrific massacre where five college students were brutally murdered inside an abandoned home. Detective Mark Lewis (Frank Grillo) and psychologist Dr. Elizabeth Klein (Maria Bello) question one of the few survivors who explains they were amateur ghost-hunters, seeking out paranormal phenomenon at the abandoned house, which was believed to be haunted. But what started out as a harmless activity turned into something truly terrifying.