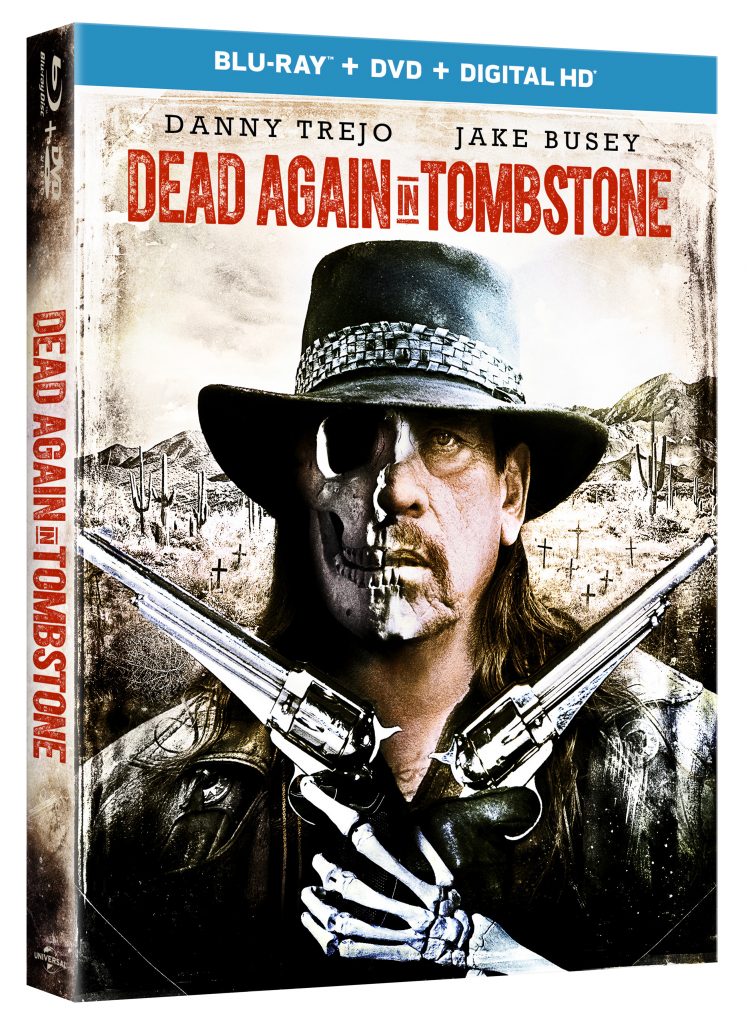 Danny Trejo returns alongside new co-stars Jake Busey and Elysia Rotaru in the latest chapter of the gritty supernatural western from Universal 1440 Entertainment – ‘Dead Again in Tombstone‘. The film will be available on Blu-ray, DVD and Digital HD September 12, 2017.

Danny Trejo is back as the infamous gang leader Guerrero de la Cruz in the all-new action packed adventure ‘Dead Again in Tombstone‘, debuting on Blu-ray™, DVD, Digital HD and On Demand on September 12, 2017 from Universal Pictures Home Entertainment. This most recent installment takes place in the post-Civil War American West and finds Guerrero going head to head with a group of ex-confederates threatening to destroy his family. A suspense-filled and ferocious battle of good versus evil, ‘Dead Again in Tombstone‘ on Blu-ray™, DVD and Digital HD is loaded with exciting special features including a behind-the-scenes look at the making of the film, deleted scenes montage and feature commentary with filmmakers.

The devil’s outlaw and reluctant servant, Guerrero (Trejo) returns from the dead again in this action-packed western which promises to be one hell of a ride. Guerrero is forced to protect a stolen relic from getting into the hands of Jackson Boomer (Jake Busey, ‘Starship Troopers‘) and his gang of soldiers, but Jackson will stop at nothing to raise his comrades from the dead and bring the wrath of hell upon earth. Guerrero must use all his dark powers in order to defeat Jackson and find redemption…or die again trying.