Get a Peek At The ‘Black Panther’ Poster Before The Trailer Debuts!!! 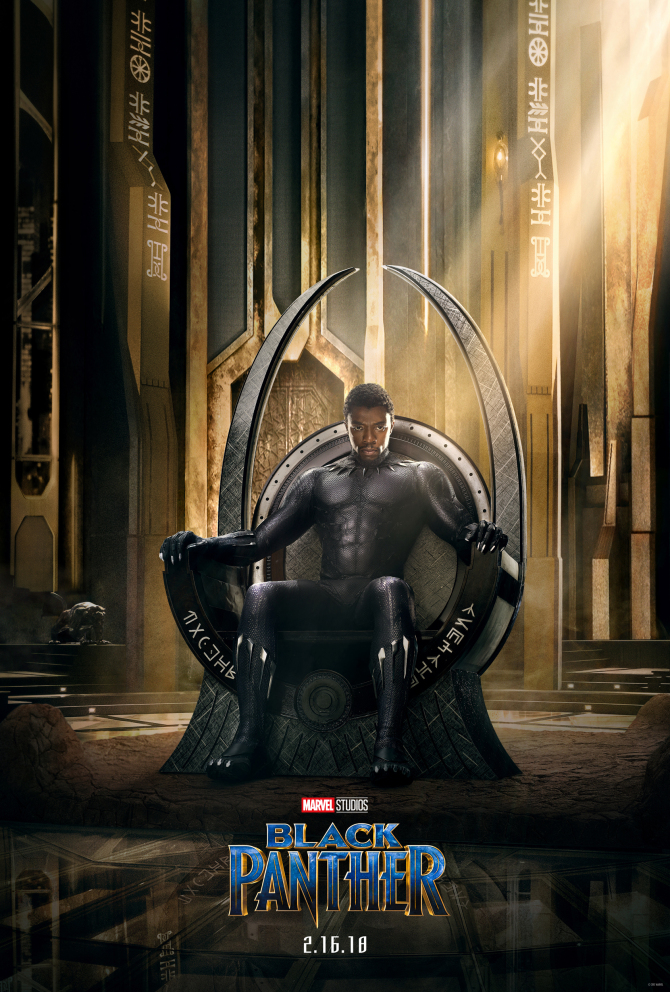 Marvel Studios has mastered the art of amping up the anticipation of their audiences for any drop of news about upcoming comic-book based movies. So it’s no surprise that we were granted with the first poster for ‘Black Panther‘ ahead of the trailer debut tonight.

We see Chadwick Boseman (‘42‘), as King T’Challa, regally sitting atop his throne in Wakanda and unmasked. The trailer that will give us the first taste of ‘Black Panther‘ will air during Game 4 of the NBA Finals tonight. The game between the Golden State Warriors and the Cleveland Cavaliers (Go Cavs!) begins at 6 pm PT on ABC.

After the events of ‘Captain America: Civil War‘, King T’Challa returns home to the reclusive, technologically advanced African nation of Wakanda to serve as his country’s new leader. However, T’Challa soon finds that he is challenged for the throne from factions within his own country. When two foes conspire to destroy Wakanda, the hero known as Black Panther must team up with C.I.A. agent Everett K. Ross and members of the Dora Milaje, Wakanadan special forces, to prevent Wakanda from being dragged into a world war.

The film stars Boseman, Michael B. Jordan (‘Creed‘), Lupita Nyong’o (‘Star Wars: The Force Awakens‘), Danai Gurira (‘The Walking Dead‘), Martin Freeman (‘The Hobbit‘), Daniel Kaluuya, Angela Bassett (‘Boyz n The Hood‘), Forest Whitaker (‘Arrival‘), Andy Serkis (‘Rise of the Planet of The Apes‘), and Sterling K. Brown (‘This Is Us‘). The film bows on the big screen on February 16, 2018.