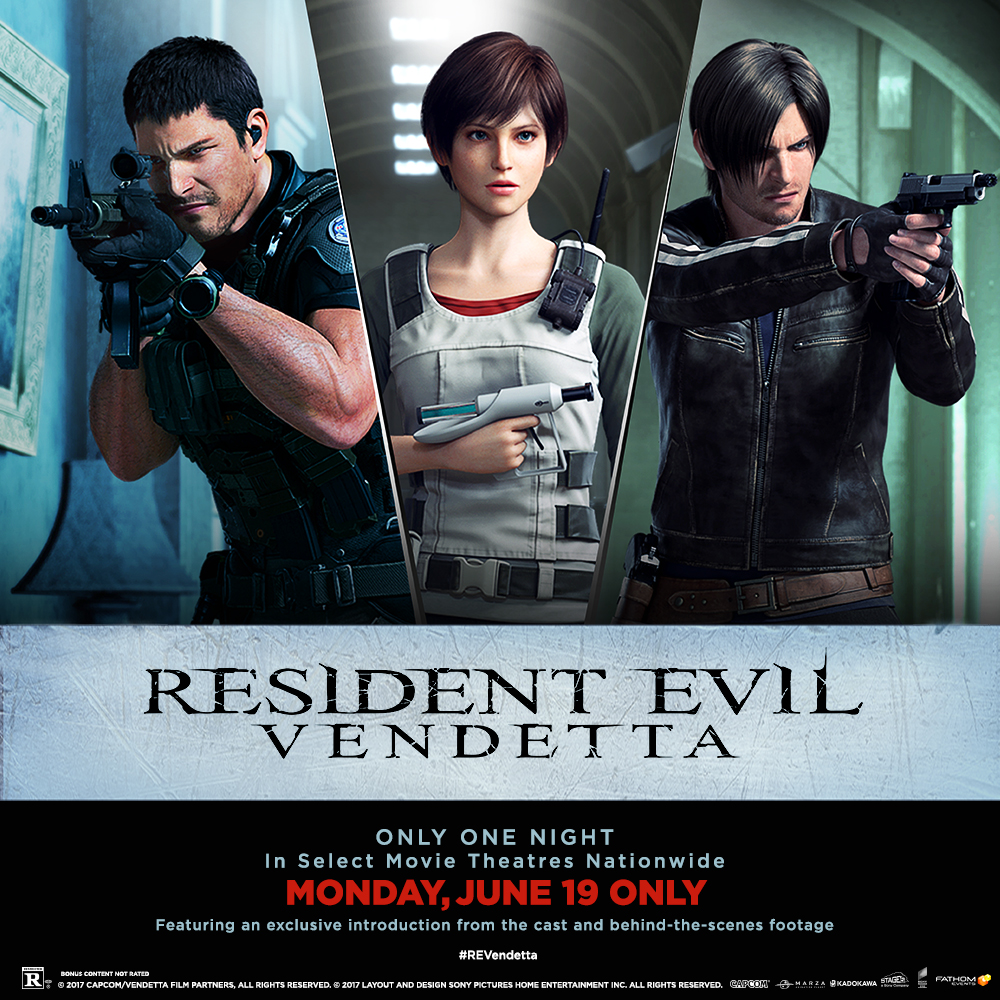 Want to see the latest installment of Resident Evil? Of course you do. What’s better than zombies and Resident Evil, right? Well I have 5 free passes to give away to see the film at 7pm on June 19 at AMC Northpark in Dallas, TX. I’ve always been a fan of the Resident Evil video games and films, no matter who cheesy or bloody they are. There is a certain nostalgic element to these games with the right amount of wit and thrills.

Here’s how to win the tickets:

Send me an email to boomstickcomics@gmail.com with the subject line ‘Resident Evil Dallas‘ and tell me what your favorite zombie movie is and why. Bonus points for mentioning your favorite zombie death. I will notify the winners on Friday the 16th. Also, please let me know how many tickets you will be needing in your email.

Official Synopsis: RESIDENT EVIL: VENDETTA is the third installment in the massively popular CG animated film franchise, following “Resident Evil: Degeneration” (2008) and “Resident Evil: Damnation” (2012), and will premiere in U.S. movie theaters on June 19 only. Exclusive to the U.S., this not-to-be-missed one-night cinema event includes a specially-produced introduction from the cast and behind-the-scenes footage.