Kevin Smith will Now Make a Sequel to ‘Jay and Silent Bob’!

Kevin Smith is everywhere these days. He’s making movies with food that wants to kill you, podcasting in multiple cities, selling his comic books at his retail stores, and even conducting interviews for IMDB at film festivals. “The guy is like MacGyver. No, motherfucker’s better than MacGyver.” Since his last film ‘Yoga Hosers‘, Smith has been making some DC television series on top of teasing us with stories of a ‘Clerks III‘ film and a ‘Mallrats‘ sequel series, both of which I would have sold my Michael Jackson statue to see. 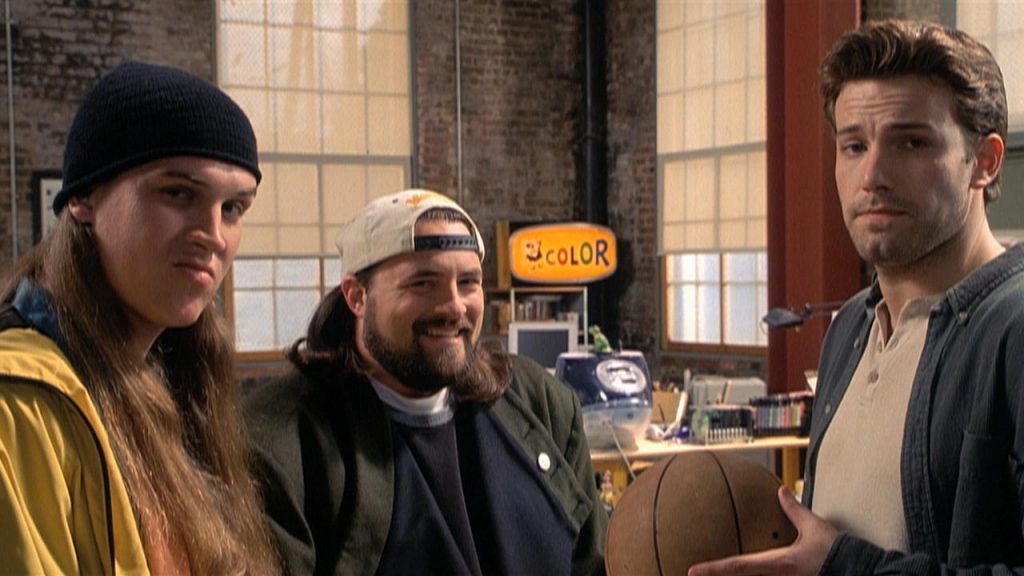 Smith took to his Instagram account and gave an update to those two projects that would have Jay and Silent Bob return to the big screen. Unfortunately, it looks like both ‘Clerks III‘ and the ‘Mallrats‘ TV series are a no-go right now, which is weird, because there are places like Netflix, Hulu, Amazon Prime, and even Crackle. Fuck, if Crackle gave Smith some money to do those two projects, I’d purchase Crackle, but I digress. This is not stopping Smith though. He is already working to bring Jay and lunchbox back to the screen with a sequel to ‘Jay and Silent Bob Strike Back‘, which looks to already be gaining stream from Smith and the studio.

I’ve had the pleasure to talk with Smith and he is indeed one of the few true film fans out there and I’m glad he’s still out there in Hollywood or Red Bank, making films. There is a lot to like about the first ‘Jay and Silent Bob Strike Back‘ film and with this new movie, Kevin promises a ton of old and new cameos along with the satire that Hollywood wants to remake everything. I just can’t wait to see the diatribe Jay goes on when he finds out that Hollywood wants to remake ‘Bluntman and Chronic’. Clown shoes. Plus, it will give Ben Affleck something to do between winning awards and playing Batman. 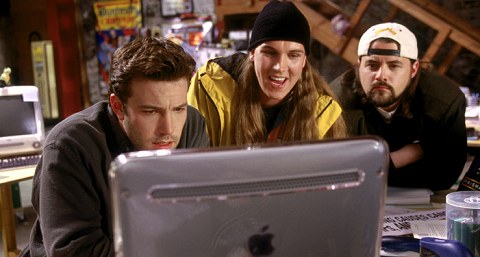 This is not a drill! This is an actual image from my laptop! Yes, Kids – @jayandsilentbob are coming back! Here’s the story: Sadly, Clerks III can’t happen (one of our four leads opted out of the flick). So I worked on a #Mallrats movie instead… which also didn’t happen because it turned into a #Mallrats series. I’ve pitched said sequel series to 6 different networks only to find no takers thus far. Mind you, I’m not complaining: nobody gets to make EVERYTHING they wanna make in this business (do they?). And I’ve been lucky to make anything at all, there’s so much competition out there, so many much cooler ideas from fresh folks. And besides: I had #comicbookmen and then @tuskthemovie and @yogahosers (which all came together so crazy quickly), and the podcasts and #fatmanonbatman. With all of that, how could I bitch about no Clerks III or Mallrats 2? Then when I started directing @thecw shows, it was such a slice of Heaven on Earth, I happily put my Askewniverse sequels to the side. Since I sold #Clerks and #Mallrats years ago, they’re owned by others, which limits my moves with my own material. I don’t mind: back in the day, all I ever wanted to do was sell my stuff so I could be in the movie biz in the first place. So I don’t own Clerks, Mallrats, Chasing Amy or #Dogma… But I DO own #jayandsilentbob. So while I love playing with someone else’s new toys on @cwtheflash and @Supergirl, I’m getting eager to play with my old toys again in the inter-connected View Askewniverse I spent the first half of my career creating. And so all last month, I had the time of my life laughing while writing “Jay and Silent Bob Reboot” – a fun flick in which the Jersey boys have to go back to Hollywood to stop a brand new reboot of the old “Bluntman & Chronic Movie” they hated so much. It’s a tongue-in-cheek, silly-ass satire that pokes fun at the movie business’s recent re-do obsession, featuring an all-star cast of cameos and familiar faces! And I already met with the good folks at Miramax and they’re into it, so I’m hoping we’ll be shooting in the summer! Never give up, kids. You CAN do anything you want in life, so long as you’re patient and malleable. #KevinSmith