Roger Corman’s Death Race 2050 Will Be Available in January!!! 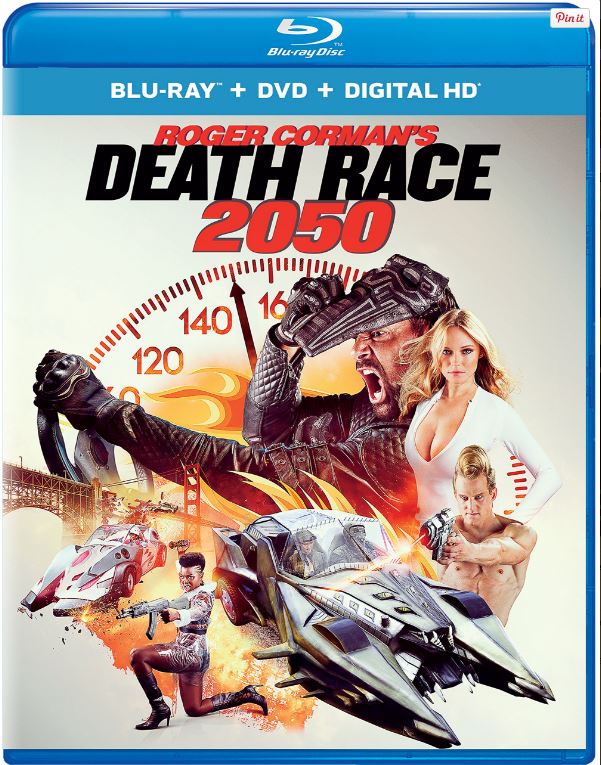 Universal Pictures Home Entertainment presents Roger Corman’s ‘Death Race 2050‘ on a multitude of home video options January 17, 2017. You can pick your media from Blu-ray, DVD, and Digital HD, and enjoy this balls-to-the-wall, full-throttle mayhem in all it’s splendor.

This reboot takes a beautiful pleasure in the bloody excesses you are faced with at every turn. You better be ready for anything when you pop this disc into your player, this is not just a race to find out who’s the best on wheels, this is a perverse game where the innocent bystander is the target and each of the larger-than-life drivers are awarded points for gleefully running down the pedestrians, the more violent and wicked the death is, the more points they get.

The all-powerful corporate government run by The Chairman (Malcolm McDowell) brainwashes the masses while fan favorite and reigning champion of the race is Frankenstein played by the delicious Manu Bennett. Frankenstein hopes to hang onto his winning crown, but he has a rebel spy for a co-pilot that certainly threatens his odds.

The Making of 2050 – This featurette goes behind the scenes of Roger Corman’s Death Race 2050 to explore why, over four decades later, the original Death Race 2000 has been remade, including what made this project appealing to cast and crew, what changes have been made, and what fans of the original will still love. Discover the movie magic behind the deaths, stunts and of course — the cars!

Includes interviews with stars, director G.J. Echternkamp and Corman himself.

Cars! Cars! Cars! – Go on the set with the drivers of Death Race 2050 as they introduce their one-of-a-kind killing machines: Frankenstein and his Monster, Perfectus and his Piece of Art, Tammy and the Tank, Minerva and her Sound Box and ABE.

The Look of 2050 – An insider look at how the film’s visual style came together, including how shooting in Peru helped set the tone of the picture and how the costumes became stars in and of themselves.