You’re sure to be even MORE scared of the dark with ‘The Monster’!!!

From the director of ‘The Strangers‘ comes another movie that gets you in touch with fear at a very primal level, ‘The Monster‘. Bryan Bertino knows how to generate amazing scares on the big screen, the aforementioned Strangers had me double and triple checking locks for weeks because I was sufficiently spooked. The trailer for ‘The Monster‘ looks to hit me even moreso right in the feels because of the mother/child aspect. 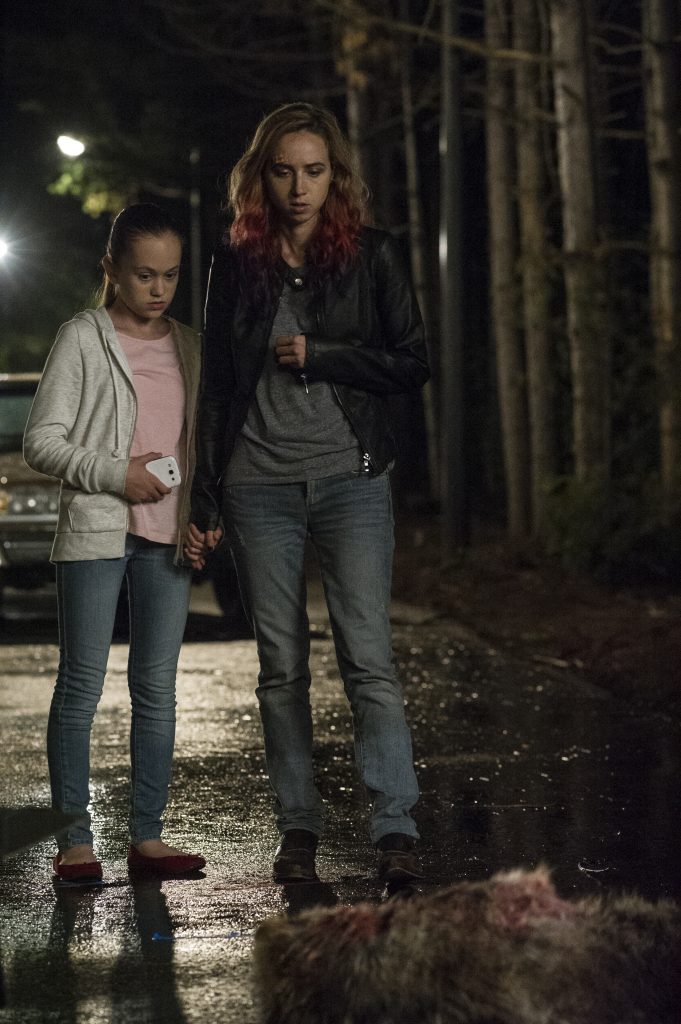 Don’t be scared of the dark, that’s what I tell my kids and apparently I’m a fucking idiot because this kind of shit is what lives in the negative spaces. A dysfunctional mom is driving her daughter to her dad’s house, since she was sleeping off a bender from the night before this trip happens in the middle of a rainy night. They hit a wolf that damages the car. While waiting for help they notice the wolf is gone, crazy shit ensues. They’re in the deep woods, it’s pissing rain and it’s the middle of the night, where else would a bloodthirsty creature look for meat?