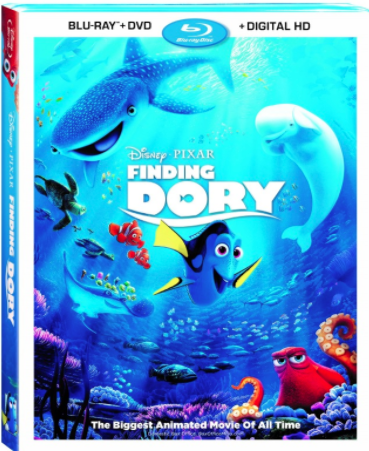 Another Pixar sequel is here, and this time it takes place under water with ‘Finding Dory‘, the sequel to the 2003 hit ‘Finding Nemo‘. Wow, has it really been thirteen years since Pixar made $940 million off that cute orange fish? Well, Pixar is in the sequel making business these days, and with ‘Finding Dory‘, they seem to have made an enjoyable and entertaining sequel that has some funny moments, but misses the mark on the heart and soul of the first film – not to mention the lack of creative story telling devices that the first movie had throughout. I’m sure this sequel will make a huge splash with all audiences, but the kids are more likely to eat this up than the adults.

Taking place a year after the first film, Marlin (Albert Brooks), Nemo (Hayden Rolence), and Dory (Ellen DeGeneres) are enjoying life in the reef, where Marlin is still worried about everything, Nemo is loving school, and Dory is still forgetting everything, due to her short term memory loss condition. Somehow, she remembers she has a parents (Diane Keaton and Eugene Levy), and even stranger is that she somehow remembers where they live, which is in California. Soon, she enlists the help of Marlin and Nemo, and the trio are off from Australia to California via a recognizable sea of turtles. This is where I thought the plot would thicken with adventure, but in a split second, the trio is in California, where the bulk of the movie takes place at a dreary Monterey Marine Life Institute, which is more like an aquarium, leaving the vast ocean life on the back burner this time.

Things get a bit silly and ridiculous from here on out in the form of Dory trying to enlist the help of other animals to get herself inside the aquarium. Perhaps the best addition to this sequel is in the form of a color/shape shifting octopus named Hank (Ed O’Neill), who is perfectly content being inside a tank and not in the vast ocean abyss. He’s super funny in a good dry way. Other supporting characters include a near-sighted whale-shark and a Beluga whale who can’t use its auditory sense very well. They are also welcome additions, but don’t serve much purpose. There are some genuine moments and a decent, if not jumbled message for the kids, as well as some good laughs, but it doesn’t pack the creativity nor the current that the first film had.

Visually, the film is stunning, and maybe one of the BEST looking Pixar films to date. Every nuance of sea life and underwater scene is intricate with the finest of details and fully immerses you into this world. The voice work is spot on and Ellen DeGeneres shines as Dory, while Ed O’Neill and Albert Brooks pack some good laughs. Even though, a lot of the charm and boldness of the first film is gone here, ‘Finding Dory‘ is still worth seeing. Be sure to stay until after the credits for a great sequence involving some cameos and a trio of hilarious sea lions. 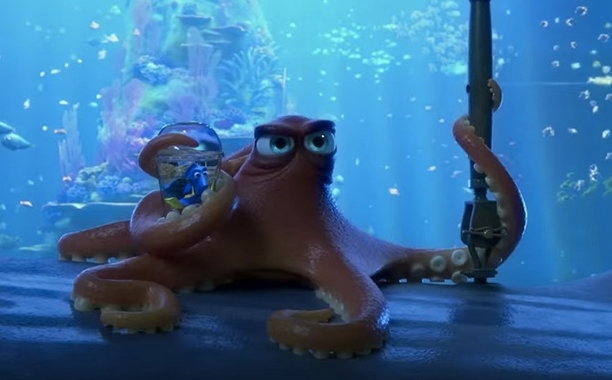 ‘Finding Dory‘ comes with a demo-worthy 1080p HD transfer and is presented in 1.78:1 aspect ratio. I only wish Disney would start releasing their catalogue in 4K UHD, because this film would look even more amazing in that format than it already does here. Colors are absolutely stunning with every color of the ocean and on land popping of screening. Each shade of color is vibrant and shines nicely. All of the beautiful colors of the fish and plant life under the ocean is incredible and really lights up the screen at all times.

The shadows look excellent here as well. The detail is amazing as you’ll be able to see the textures of the fish and different fish scales throughout. The inside of the aquarium and and rocks by the coast look realistic with every tiny detail showing up nicely. Black levels are always deep and inky and the amazing Pixar animation lines and shades look incredible. There are no major compression issues or any other problems of the sort, leaving this video presentation with a demo-worthy presentation.

This release comes with an excellent lossless DTS-HD MA 7.1 mix and sounds amazing. This is a fully immersive soundscape under the ocean, as well as on land. Sound effects are full, robust and full of life and energy. Each speaker oozes sound consistently with ocean sounds and other fish swimming along. Inside the aquarium, the loud speaker (Sigourney Weaver) has a great reverb and echo to it that fully immerses you in that building. Other ambient noises of birds chirping and other animals and humans talking and chattering are excellent and fluid.

The music always adds to the entertainment value of the film while never drowning out any other sound aspect. The low end brings a good bass sound without crossing into rocky territory either. I wouldn’t say it’s the best bass I’ve heard, but it’s good enough. The dialogue is always crystal clear and easy to follow, and free of any pops, cracks, hiss, and shrills, leaving this audio presentation with excellent marks. Again, I wish there was an optional Dolby Atmos track here, because the overhead speakers would have added a great overhead sound.

Audio Commentary – Director Andrew Stanton, Co-Director Angus MacLane, and Producer Lindsey Collin provide and very fun and informative commentary track that discusses coming back to the ocean world, new characters, cut scenes, and more. This is worth the listen.

‘Piper’ (HD 6 Mins.) – The Pixar short that played before the film theatrically is here, and is cute and fun, and about a little bird.

Marine Life Interviews (HD, 2 Mins.) – A fun, yet brief extra that has characters from the film talking about Dory.

The Octopus That Nearly Broke Pixar (HD, 9 Mins) – This is a look at how Pixar created the octopus in the film, which they say was the most difficult thing they have ever done.

What Were We Talking About (HD, 5 Mins) – This extra talks about making a movie around Dory who seems to forget everything.

Animation and Acting (HD, 7 Mins.) – This looks at the voice acting for the film.

Deep in the Kelp (HD, 4 Mins.) – In this extra, we see how the filmmakers researched the different ocean creatures for the film.

Behind the Scenes (HD, 17 Mins.) – This has five segments that covers designing the characters, the music of the film, computer glitches, funny bloopers, and the first film told through a series of emojis.

Living Aquariums (HD, 585 Mins.) – This is a very cool feature that has four different environments of animated fish tanks of fish swimming around in the background for ambient joy. And yes, each fish tank lasts around 3 hours.

Deleted Scenes (HD, 51 Mins.) – There are seven deleted scenes with an intro from Andrew Stanton. All are worth watching.

Trailers (HD, 7 Mins.) – A few different trailers from around the world are included here. 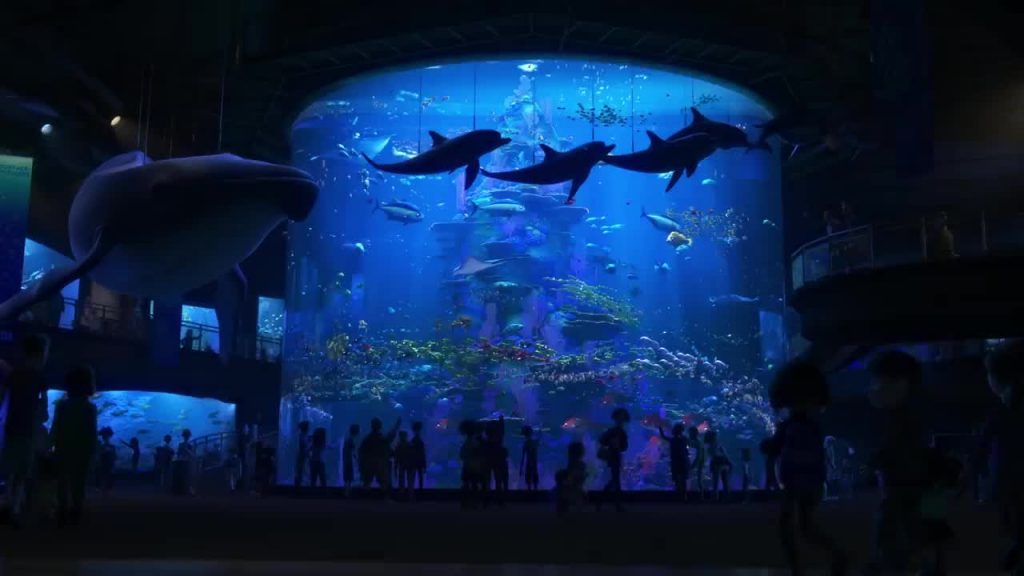 ‘Finding Dory‘ isn’t my favorite Pixar film and isn’t necessarily a great sequel, but it certainly has a ton of good moments throughout. The story just doesn’t have the same impact as the first film does and it feels forced. Still, there are some great new characters and entertaining moments from start to finish. The video and audio presentations are both excellent and there is a wealth of extras that are all enjoyable.