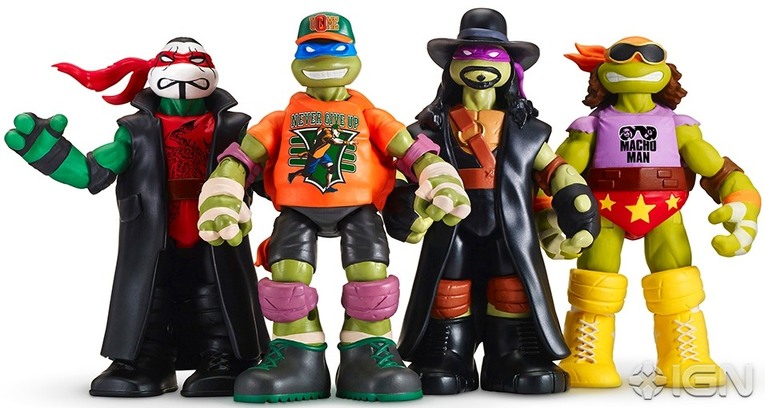 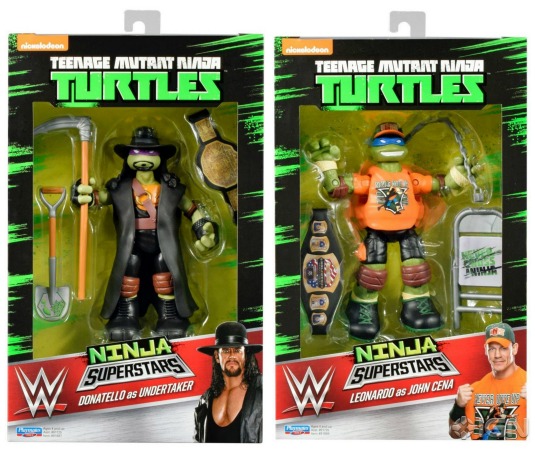 Playmates Toys is producing the line, exclusively for Walmart, that mashes together everyone’s favorite green-skinned ninjas with some of the WWE’s biggest superstars. We’ve got four turtles to deck out, so they choose the cream of the crop from WWE’s roster of current and former favorites.

Each action figure comes in at 6″ tall and encourages the turtles to become King of the Ring, whether that is above ground or in the sewers. Leonardo takes on the persona of WWE Superstar John Cena, Raphael gets a makeover as WWE’s Sting, Donatello gets a dash of the supernatural from WWE’s The Undertaker, and Michelangelo becomes the life of the party channeling his inner WWE Hall of Famer “Macho Man” Randy Savage. 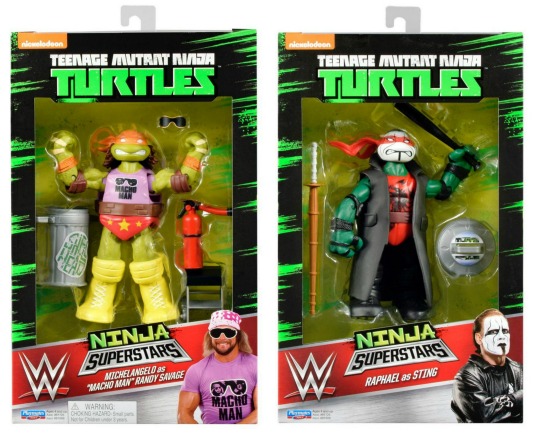 If you’re dying to get a peek at these, be sure to peep them at Nickelodeon’s booth at New York Comic Con after the TMNT panel on Friday. For the rest of us, we’ve just got another month to wait before we can find them in Walmart early in November.