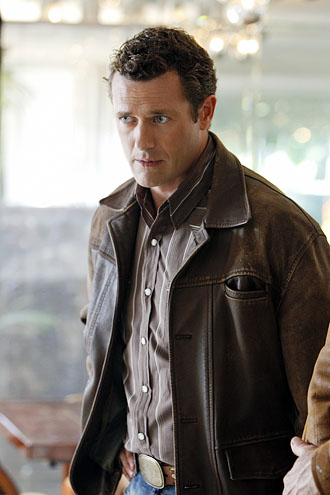 ‘Marvel’s Agents of S.H.I.E.L.D.‘ has added Jason O’Mara to the cast for the upcoming fourth season. His addition is in response to the shocking announcement from Clark Gregg’s Agent Coulson at the close of season three, about a new director taking over the agency.

‘Complications‘ and ‘Vegas‘ alum O’Mara  is attached to a character whose “Marvel roots go back to the 1940s.” Here’s my big question: is he attached to or from the ‘Agent Carter‘ timeline? With that series being defunct it would make sense to salvage some of the fleshed out characters to add to another Marvel property.

Shield is co-created and executive produced by Joss Whedon and Jed Whedon with Maurissa Tancharoen, Jeffrey Bell and Jeph Loeb. Tune in on September 20 to find out the identity of the new director!