Greetings, all!  Jonathan Atterbury here, with a review of the new Starz series “Blunt Talk.” A joyful and silly comedy from executive producer Seth Macfarlane and writer Jonathan Ames, “Blunt Talk” shows the hilarious side of Sir Patrick Stewart that you never knew you always wanted to see.

Telling the story of television reporter Walter Blunt (as portrayed by the brilliant Sir Patrick Stewart,) whose news show seems to be in its last days, “Blunt Talk” takes us on a thoroughly enjoyable ride as Walter and the rest of his production team struggle to make their show relevant once more.

Somehow, this show manages to perfectly walk the line between being completely absurd and over-the-top, while also being heartfelt and having moments of real sincerity.  Our protagonist, Walter Blunt is a true eccentric.  A military veteran who enjoys drugs, alcohol, poetry, casual afternoon spooning from his producer and surprise morning sword-fights with his manservant Harry, Walter is a bit of a maniac, but also one that you can’t help but love.  He and Harry are joined by the dysfunctional family that is the rest of the production team for his news show, and a cast of hilariously odd, bit-part characters, portrayed by the likes of Jason Schwartzman, Elisabeth Shue, Richard Lewis and even Data himself, Brent Spiner.

I found myself laughing out loud more times than I could count at Sir Patrick Stewart’s completely serious manner of delivering the outrageous lines and scenes that he does in this show. From receiving towel-floggings, to dancing in a black and white, golden-era Hollywood sequence, the absurdity, insanity, elegance and child-like joy of his character have to be seen to be understood, and once you do see it, you’ll love it. 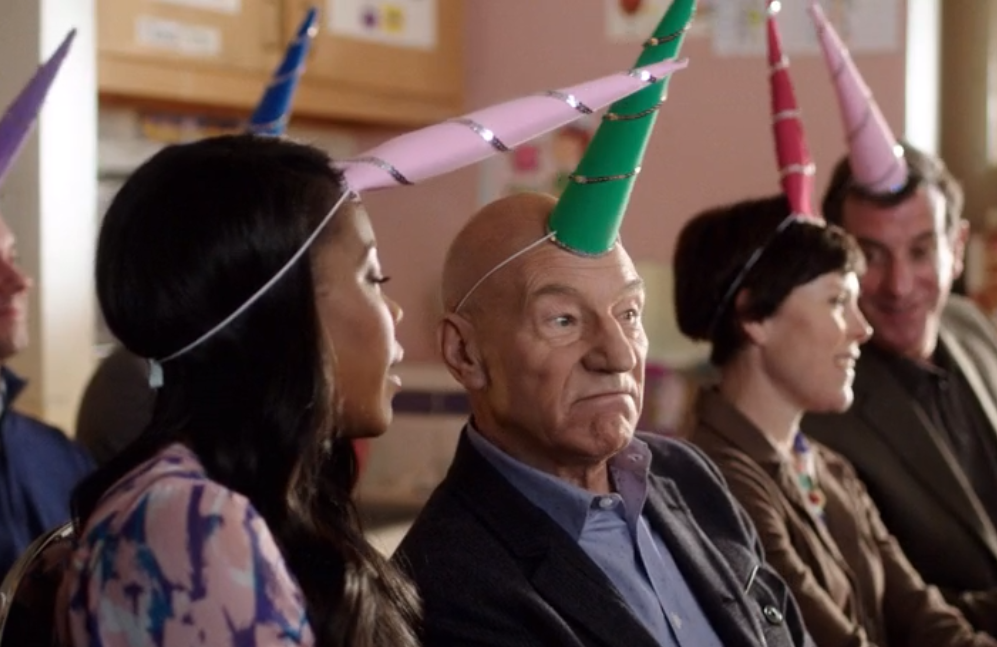 Inside The World Of “Blunt Talk” – Series writer and director Jonathan Ames gives us some brief, but interesting backstory on each episode.

First Look – A very short, relatively worthless extra that gives us an introduction to the show, but if you’ve watched the show, this is pretty useless.

Meet The Newsroom – An introduction to the cast and characters of the newsroom, but this is incredibly abbreviated and not really worth watching.

Walter & Harry – This is just a tiny little snippet with Adrian Scarborough, as he describes the relationship between his character Harry and Sir Patrick Stewart’s Walter Blunt.  Once again, this is just too short to add any real worth. 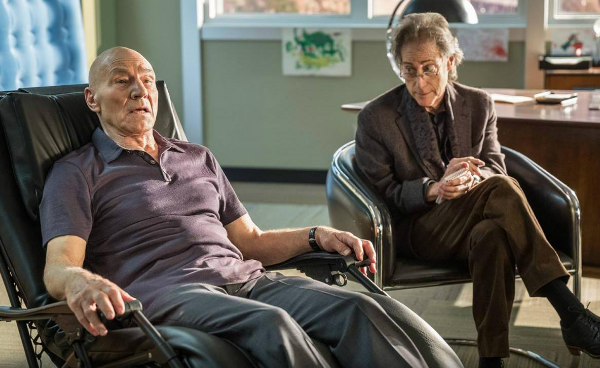 “Blunt Talk” is one of the most intelligently written and delivered shows of the year and I absolutely cannot wait to see what season two holds in store for this thoughtful, hilarious and poignant comedy series.