Jul 7, 2016 across the universe, almost famous, amadeus, films, inside llewyn davis, jonathan atterbury, list, moulin rouge, music, musicals, Once, tenacious d, that thing you do, The Blues Brothers, the commitments, the pick of destiny, this is spinal tap, top 10, whiplash 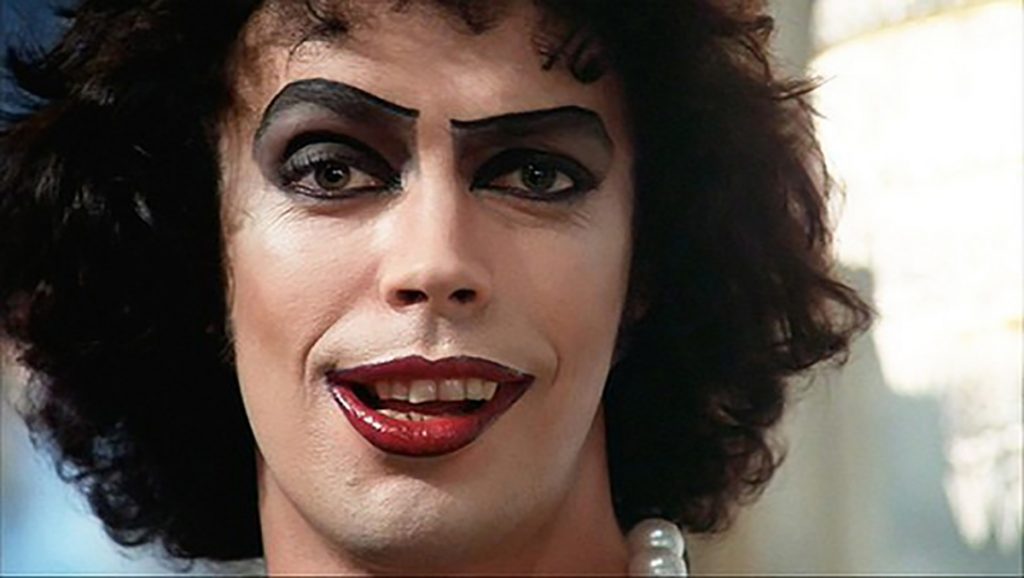 Ah, the timeless combination of film and music. The two have been married since the earliest days of film, all the way back to Don Juan in 1926, which starred the uber-hunky mustachioed John Barrymore and was the first film to include a synchronized musical score.  In fact, the first “talkie” film was 1927’s “The Jazz Singer,” which included a number of quaint musical performances and even a truly and horrifically inappropriate blackface sequence.  However, today we aren’t just here to discuss soundtracks, but rather to shine a spotlight on the movies where music is a main (if not THE main) theme throughout the film.

I’m going to take you on a word-journey now, as I discuss my 10 favorite music movies and even a few honorable mentions that didn’t quite make the cut.  Don’t be offended if your favorite music movie isn’t on here (Grease lovers, I’m looking at you.) Just remember, you can always write your own list, because hey, this is America and you’re entitled to your own wrong and deeply misguided opinions. (I’m kidding.)

Jimmy Rabbitte is an Irishman with a desire to form the best damn soul band that Ireland has ever seen.  He unabashedly declares that even though he’s clearly very white, he’s black and he’s proud, and from there, we follow him as he sets out to form a fellowship of talented misfits and transforms them into a mighty and impassioned group, capable of doing justice to some of the greatest classics of American soul music.

Set within the nearly mythical Greenwich village folk music scene of 1961 and partly inspired by the autobiography of singer Dave Van Gronk, this heartfelt film follows the misadventures of folk singer Lleweyn Davis (Oscar Isaac) and revels in a perfectly beautiful melancholy.  The Coen Brothers really knocked it out of the park with this one.  Besides, who doesn’t enjoy seeing Kylo Ren, Poe Dameron and Justin Timberlake singing the brilliantly obnoxious “Please Mr. Kennedy?”

Ah, Mozart… the musical genius and social Charlie Sheen of the 18th century. Told through the recollections of Mozart’s former mentor Antonio Salieri (played brilliantly by F. Murray Abraham), this film relives the turbulent life of Wolfgang Amadeus Mozart, who actually invented the YOLO hashtag (Hey, it’s history. Look it up.)  Mozart and his squad partied hearty with all the decadence, scandal and raucous joy of a Led Zeppelin after-party but, you know… featuring more powdered wigs and frilly shirts. 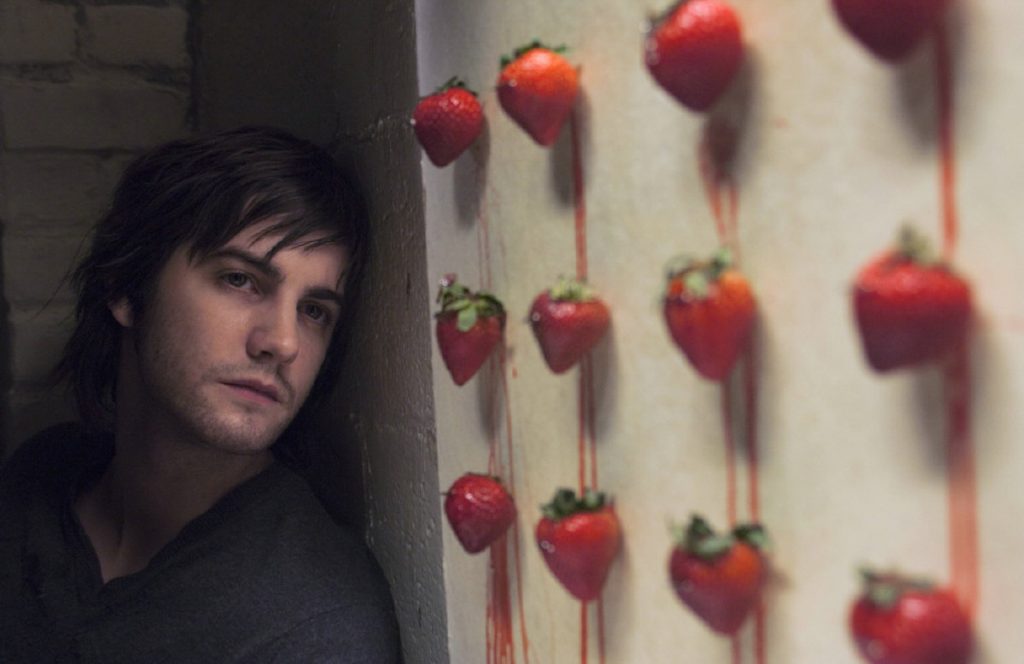 Another film that was largely shat upon by critics, Across the Universe is a well-executed showcase for some damn good Beatles covers.  Appropriately drenched in the psychedelic hippie vibe of the 60’s, we follow shaggy haired Jude from crusty old Liverpool to the wild and wacky U.S of A, where he encounters a colorful cast of characters pulled right from the pages of the Beatles songbook and proceeds to gallivant around with his dirty hippie, patchouli-scented buddies, dropping acid and singing songs.  High point: The emotionally ass-kicking rendition of “Let it Be,” sung by powerhouse vocalist Carol Woods. Low point: Bono screeching out a version of “I Am The Walrus” that somehow managed to be even more annoying than the original. 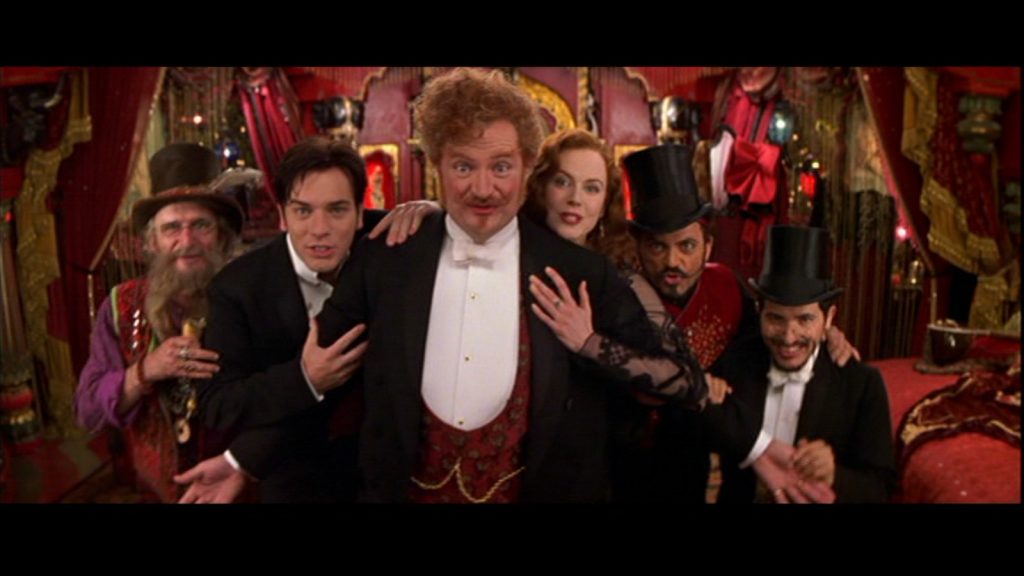 Moulin Rouge! Is director/co-writer/producer Baz Lurhmann’s sweeping and highly stylized musical joy-ride through the absinthe-soaked world of 1890’s Paris.   Ewan McGregor stars as starry-eyed Christian, who falls into the bohemian world of booze, sex, drugs and worst of all… theater! The horror! Along the way, our hero sings some magnificent songs, learns that Nicole Kidman is a really mediocre vocalist, John Leguizamo makes a convincing alcoholic little person and most importantly that love is indeed, a many splendored thing. 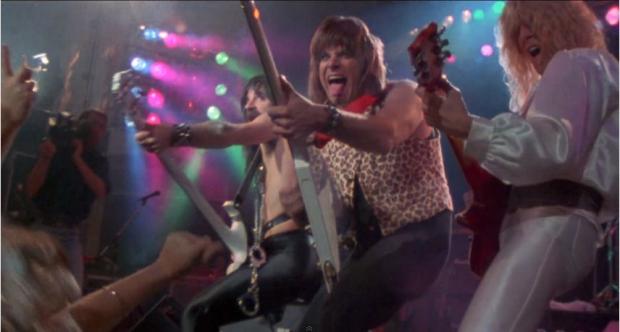 Spinal Tap is a nearly forgotten band of talented and lovable morons that have decided to make a comeback after a 17-year hiatus.  In this faux-documentary, the main members of Spinal Tap, David, Nigel, Derek and crew take us on a hilarious and mostly ab-libbed musical odyssey in which damn near everything is cranked up to 11.  One of Rob Reiner’s most perfect movies, “This is Spinal Tap” is a must-see for any lover of music and/or comedy. 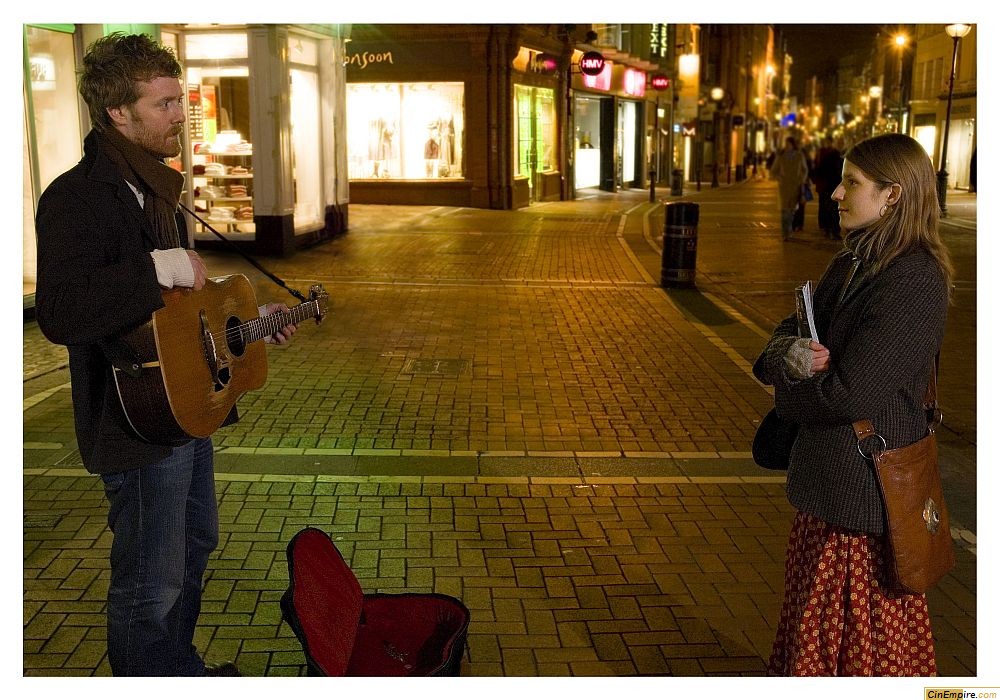 Once is a sincere and touching work of fiction that somehow manages to feel so incredibly real, that you’d swear you were watching a homemade documentary.  Real-life musicians Glen Hansard and Marketa Irglova star as a talented young guy and girl that connect over a shared love of music.  Watching the intricacies of their fictional relationship develop, while simultaneously being treated to some truly breathtaking musical performances is an absolute joy.  If this movie doesn’t make you feel things, your insides are as cold and shriveled as a white walker’s… well, you get the idea. 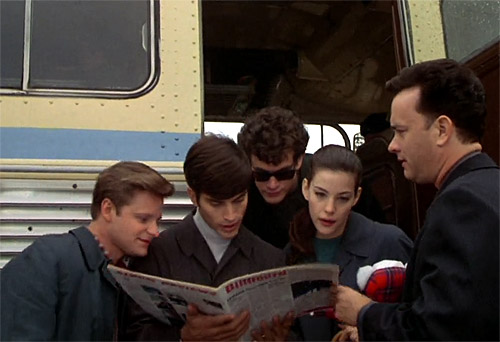 A glorious and enchanting tour through 1960’s American, as seen through the eyes of Playtone records’ newest pop sensation: The Oneders (hey, that’s pronounced the 1-ders, not the oh-nee-ders.) Tom Hanks’ love for music is apparent in this wonderful film about the highs and lows of a young band navigating the music industry of that era.  The entire film crackles with youthful energy, INCREDIBLY catchy songs and a truly lovable cast of characters.  By the time it’s over, you’ll want to don a pair of sweet shades, pound maniacally on a snare drum and exclaim “I am Spartacus!” Well, maybe not, because that would make you seem like a prize asshole, but Tom Everett Scott’s “Guy Patterson” made it look pretty cool. 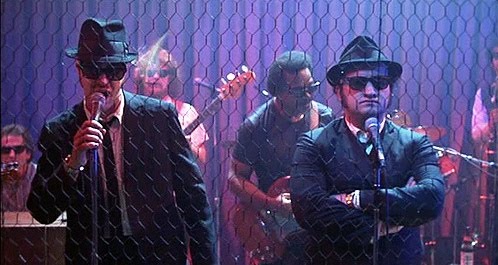 Jake and Elwood Blues have seen the light, and they’re on a mission from god to save the orphanage they were raised in.  They embark upon their musical crusade to put on one giant show, but first they have to get the band back together.  Along the way, they battle Nazis, get flagellated by a terrifying old penguin, have rockets launched at them by a young Carrie Fisher and they jam with Aretha Franklin, Ray Charles, Cab Calloway and many other musical legends.  This film is a work of pure genius.

In what was perhaps the most frightening film of 2014, Miles Teller portrays a talented and committed young drummer, attending a prestigious music conservatory in New York.  Teller’s character encounters and is enlisted by one of the school’s teachers (J.K. Simmons) for an elite performance group.  From there, we witness J.K. Simmons being scarier than we ever thought he could be. Rife with fantastic jazz music and tension so present, it damn near reaches out and slaps you in the face, this may actually be the most incredible and passionate film about music that I’ve ever seen.

Tenacious D In The Pick Of Destiny 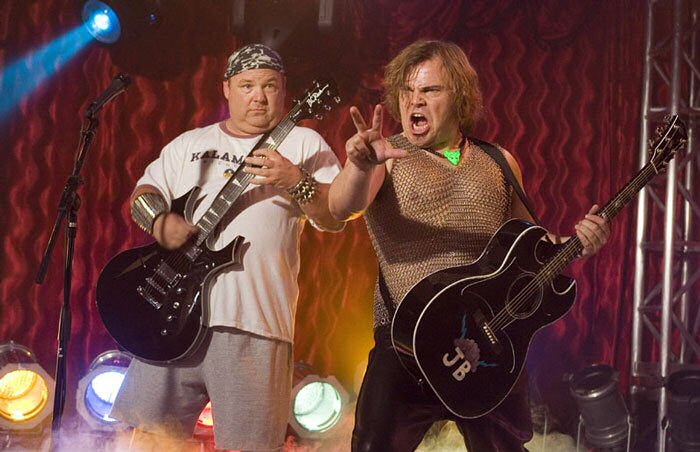 In a film that was mostly despised by critics, Jack Black and Kyle Gas embark upon an epic journey to fulfill their dreams of musical success and also destroy Satan himself (played by the eternally awesome Dave Grohl) with their unique brand of theatrical, balls-to-the-wall rock and roll.  Not only is the music in this movie surprisingly well-executed, but you also get some epic musical cameos from Meatloaf and the dark father of metal himself, Dio!  Now, drop and give me one cock push-up!

Cameron Crowe’s loosely autobiographical and heartfelt peek into the life of a touring rock band in the 70’s, as witnessed through the eyes of an underage teenage writer that’s managed to hoodwink his way into a writing deal with Rolling Stone magazine.  Adrift in a sea of sex, drugs and rock and roll, our protagonist fails to “just say no to drugs” and ends up having his innocence stolen by a group of vicious, young harpies that are clearly fueled not only by the devil’s lettuce, but by his music too.  Basically, he has a fantastic time and has a bitchin’ story to tell afterwards.