Film Review: ‘Hunt for the Wilderpeople’! 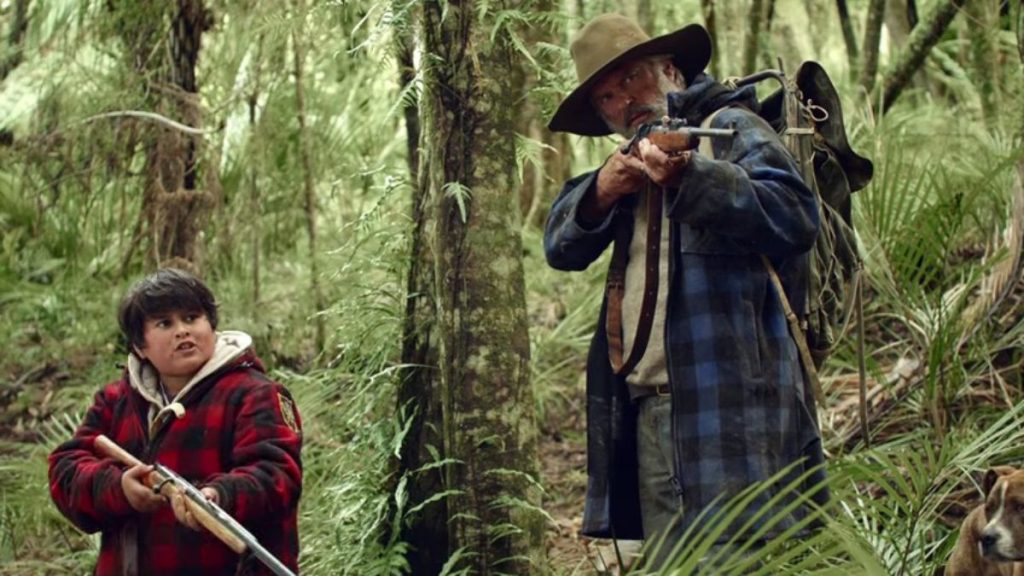 Taika Waititi is one name you will soon remember for a very long time if you don’t already know it. Waititi is writer/director here for ‘Hunt for the Wilderpeople‘, which is already in the top 5 BEST movies of the year, but Waititi is also an actor too. He starred in and directed the recent ‘What We Do In The Shadows‘, as well as directed ‘Eagle vs Shark‘ and even worked on ‘Flight of the Conchords‘ amongst other films. He is currently directing the upcoming ‘Thor: Ragnarok‘ film for Marvel, and it’s easy to see why Marvel hired this guy by watching ‘Hunt for the Wilderpeople‘. Even if the premise here is similar to other films, Waititi makes the story and characters entirely refreshing and original.

If you’re a fan of Wes Anderson movies and Edgar Wright movies, then you’re sure as hell to enjoy Waititi and his ‘Hunt for the Wilderpeople‘, which is funny, charming, action-packed, and very heart-warming. It could be difficult to have all of these qualities in a film, buy Waititi weaves these elements in flawlessly and even leaves you wanting to spend hundreds of more hours with these two main characters. The film centers on a young, portly teenager named Ricky (Julian Dennison), who has been in and out of foster homes since he was a baby. The child services agent drops him off at his aunt’s house in the middle of the New Zealand jungle and tells her that Ricky is somewhat of a problem child. That doesn’t phase her much, as Ricky settles in to his new home in the wilderness, complete with his basketball sneakers, name-brand hoodie and flashy baseball cap. 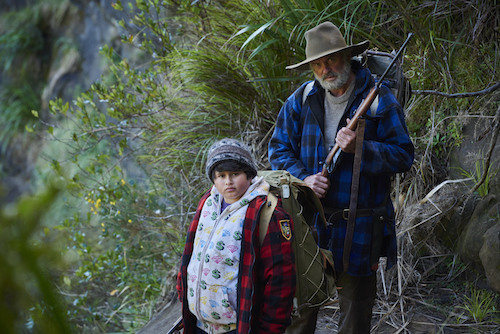 His aunt Bella (Rima Te Wiata), is a fantastic person who tells it like it is and is blunt-in-your-face. She even makes jokes at Ricky’s size, but it’s done in such a fashion that it really is a term of endearment. Her husband on the other hand, Hector (Sam Neill) is the opposite of Ricky. Hector is a real outdoorsman type who doesn’t talk much and knows how to handle himself in the woods. After an accident, Hector and Ricky must learn to get along, but when the child protective services come back to get Ricky, the due head off into the wilderness, so that Ricky won’t have to go back to foster homes or worse – juvie.

Hector teaches Ricky (who fancies himself a wannabe gangsta) how to live in the woods, which comes with great laughs, when Ricky’s only goal in life is to find toilet paper. Eventually the police and even the military start looking for Hector and Ricky after months of living in the wilderness, but the two come to bond and realize they need each other to express their feelings and loneliness. There are great quips of comedy n the vein of Wes Anderson and Edgar Wright here, as Hector and Ricky come across some interesting people in the wilderness, but there is also some dramatic moments here too, where the two try to express their past sadness in the form of funny haikus.

There is an action set piece here as well, which I’m sure scored Waititi the ‘Thor 3‘ job, and after seeing this film, he is more than capable of making the best ‘Thor’ film or even Marvel movie thus far. The performances by Sam Neill and Julian Dennison are phenomenal. They have such a good and hilarious chemistry and are very real people without ever getting too sappy or over-the-top, which we can thank Waititi’s screenplay and direction for that. There are some excellent movie references and a ton of heart and soul into this film that make ‘Hunt for the Wilderpeople‘ one of the BEST films in a long long time.