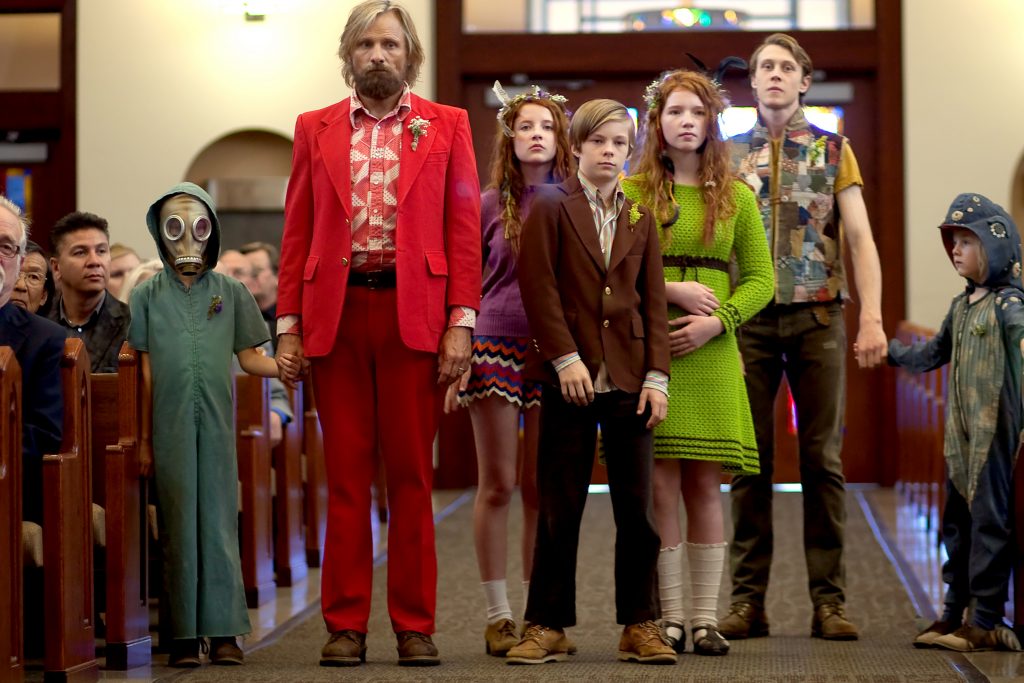 ‘Captain Fantastic‘ is not a super-hero movie, despite the title, but again, then maybe it is as we follow the journey of a big family, both emotionally and physically, as they stick together through some tough obstacles. Directed by Matt Ross, who is most known these days as Gavin Belson on HBO’s ‘Silicon Valley‘, ‘Captain Fantastic‘ is one of those rare films that has just about everything you’d want in an emotional drama-comedy, which is all led by the amazing talent of Viggo Mortensen. The film is a refreshing mix of ‘Beasts of the Southern Wild‘ and ‘Little Miss Sunshine‘ and plays to both of those films strengths, while still managing to be original, entertaining, and heart-warming. ‘Captain Fantastic‘ sure has quickly become one of my favorite films of the year.

Matt Ross sure has created a utopian reality with this film when it comes to raising a family in an unconventional way. If all kids were raised more or less in the way depicted here in this film, things would be better, or at least that’s what Ross wants you to think. In a perfect world maybe, but unfortunately this film is quite the fantasy, which is really the only minor gripe I have with the film. ‘Captain Fantastic‘ follows a big family led by Ben (Viggo Mortensen) and his wife Leslie (Trin Miller), along with their six kids in rural Washington State. They homeschool all of their kids in the forest, teaching them everything from deer hunting with a knife, canning vegetables and fruits, to all of the social and economic issues from the past and present.

The kids know several languages fluently and can even play instruments. However, their mother has been in the city to get “help” for her bi-polar disorder, which ends unfortunately. This has Ben and his six kids on a road trip in a decked out hippie bus across country to attend their mother’s funeral, despite Ben’s father-in-law (Frank Langella) threatening to call the police if Ben and the kids show up, as he blames Ben for his daughter’s death. On the road trip the family sticks together when others think they’re weird for their intelligent yet awkward ways, including celebrating Noam Chomsky’s birthday as their version of Christmas, stealing food from the grocery store, having the youngest kid (7 years old) recite the bill of rights and explain what it all means, and being up front and honest with people and each other when it comes to sensitive subjects that includes topics such a rape and death.

It sounds rough, but Ross captures this family and a very innocent and charming light. Even though the oldest son Bodevan (George MacKay) can tell you about any literary classic in detail or talk astrophysics, he has no idea how to socialize with anyone his age on a normal level, even though he has applied to all the ivy league schools and has been accepted each of them. Things get a bit serious when an accident happens that makes Ben think twice on how he is raising his kids and must make a compromise with their way of life and living in the real world for everyone’s safety. 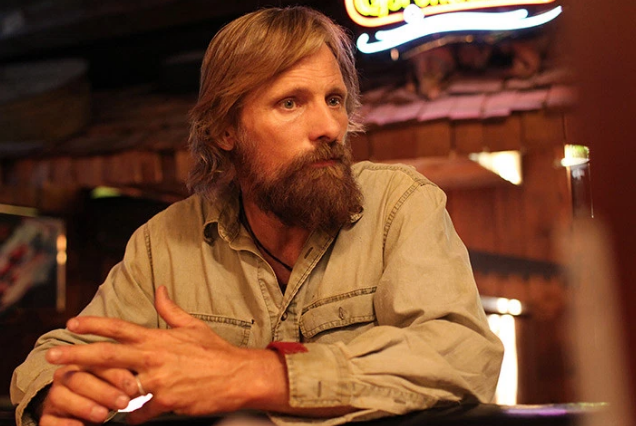 This journey is not only a physical one, but an emotional one as well, as each kid and Ben struggles with who they are and how they were raised. It’s a very satisfying story to tell and to see on screen, as you grow more attached to each character with each passing minute, despite their quirks. One obstacle after another, this family really stays loyal and proves their worth to one another and society, even if it’s so far-fetched that it is almost borderline fantasy. The music in the film by Alex Somers is captivating and Matt Ross captures the rugged countryside beautifully.

Viggo Mortensen along with the six kids turn in phenomenal performances, but Viggo truly shines as a realistic portrayal of a father who is trying his best, given his choices and circumstances. If only we all had a part of Ben in all of us in life. ‘Captain Fantastic‘ is one of those rare beautiful films that is pretty much flawless.