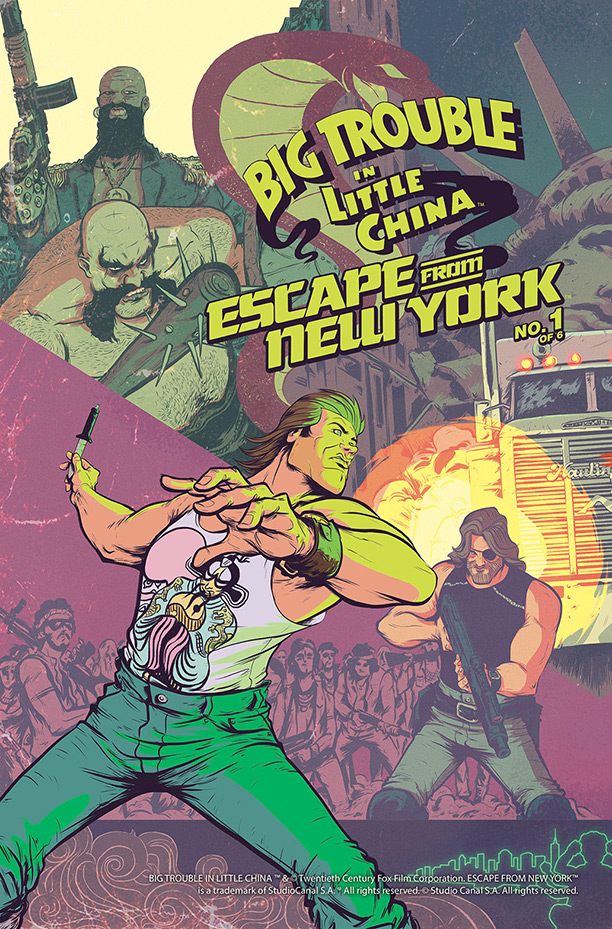 It’s finally happening! I’ve said that a few times this week, first the crossover plan for ‘He-Man‘ and ‘Thundercats‘ comic expansion made my day. This time it’s more comic book news, but like the coolest comic book news I could bring you! ‘Big Trouble In Little China‘ and ‘Escape From New York‘ comics will have a crossover edition!!! That’s right! Kurt Russell x 2! Doublemint Kurt Russell! How much Kurt Russell can you take before it’s too much Kurt Russell? I don’t know, but I’m willing to find out! Now, let’s take a minute to calm down, I expended more energy in the first sentences than I have all week! While I’m wheezing my heart rate back to normal, let’s get the rest of the story. 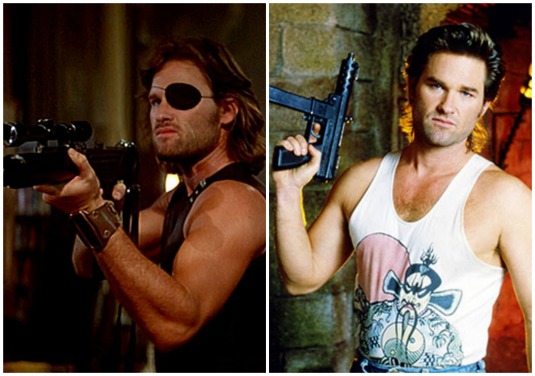 Boom! Studios has given writer Greg Pak and illustrator Daniel Bayliss the assignment of creating this long-awaited masterpiece with plans to debut this October. This storyline could go absolutely anywhere! Jack Burton from ‘Big Trouble in Little China‘ and Snake Plissken from ‘Escape From New York meet and dear God they could make one hell of a mess of things, or mount a ridiculously bad-ass rescue mission. Or just look at themselves admiringly before they embrace one another gently and Jack asks if Snake is ready for some big trouble in his little China, then their lips…sorry, wrong thread, thought this was my fanfic page. Carrying on!

John Carpenter, is the legendary director of both pics and he’s granted his blessing to the crossover plans. Don’t forget there is a reboot of the ‘Big Trouble in Little China‘ planned and Kurt Russell has given that project his go-ahead. Boom! Studios is not just working with comic books for these properties, there will be two non-fiction books published by Tara Bennett and Paul Terry to celebrate ‘Big Trouble in Little China’s 30th anniversary.

Here’s a fun game to try while you’re celebrating this pairing. Watch Big Trouble, every time Jack says something that can be taken in a less-than-hetero way, down a shot. It won’t take long before you’re snockered and seeing double Kurt Russell well before October.