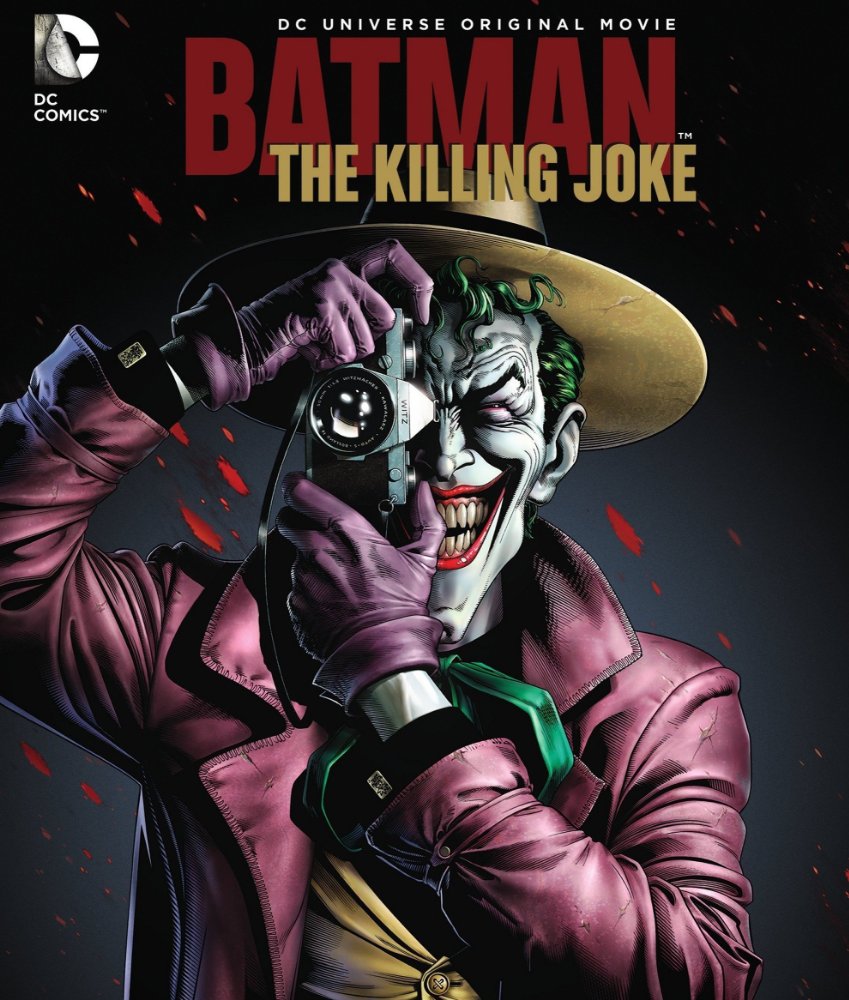 I have been waiting for a very long time to see ‘Batman: The Killing Joke‘ come to life on screen. This is one of those stories that has a larger importance, than just an entertaining read, it’s a bit of an origin story and remains a linchpin in the Batman/Joker/Commissioner Gordon/Batgirl saga. Spoilers ahead, darlings.

If you’ve read the comic, you’ll know what’s going to happen and that the film was made with an R-rating, for good reason. I commend the filmmakers for wanting to remain true to the story and fight for the project to be aimed at older audiences. It’s worth noting that this is only one of two projects from DC to receive an R-rating, the other being 2009’s ‘Watchmen‘, another cool little factoid is that Alan Moore wrote both comics. 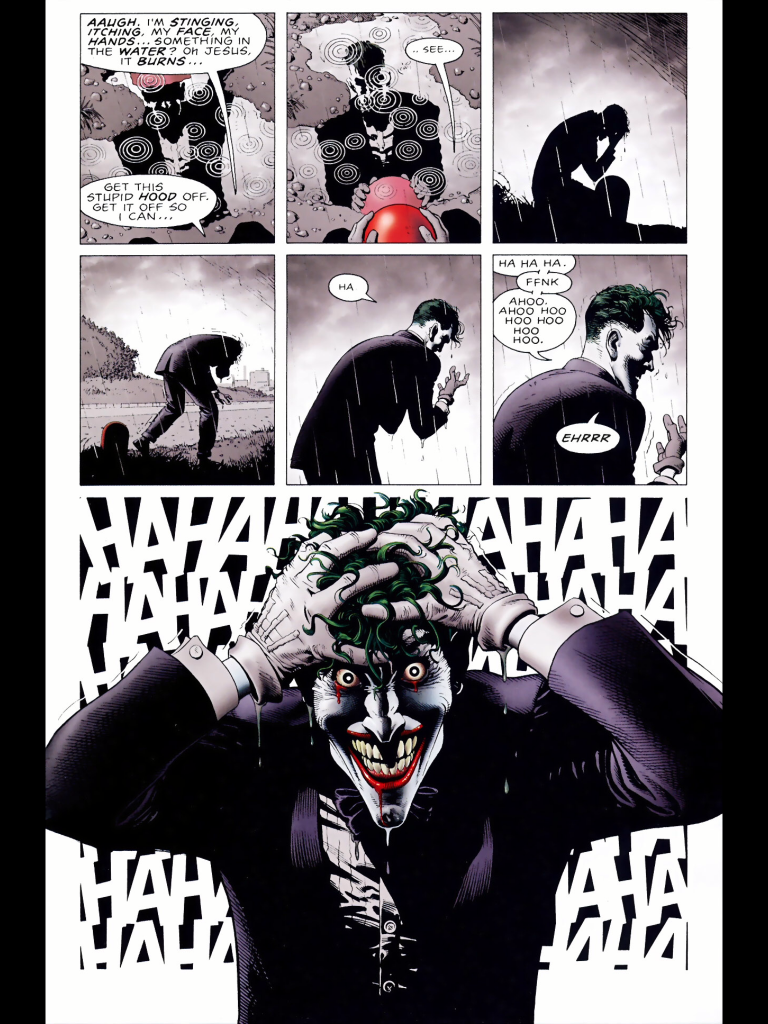 Mark Hammil famously voiced the nefarious Joker and retired from the role unless The Killing Joke was made. This project wasn’t planned until Hammil’s star power rose with the ‘Star Wars: The Force Awakens‘ and Warner Bros. animation quickly gave it the green light. Kevin Conroy and Tara Strong have returned to voice their roles of Batman and Barbara Gordon making the story feel like a homecoming for our favorite actors.

The film opens with 30 minutes of backstory on Barbara Gordon, aka Batgirl, that is not in the source material. Here is where filmmakers dropped the ball. An expanded Batgirl story would have been amazing if it was done right. All the intro did for the winged lady was to paint her as an over-attached girlfriend-type to Batman, culminating in the pair having sex, then Batman blows her off while she begs for attention. SERIOUSLY??!! Batman’s got flaws, but he’s a straight up dick after they hook up. Where’s the girl power?

Once Barbara and her uncle are home together and Joker’s plan takes off, she is dispatched very quickly to the sidelines. Her sole purpose in the read is to cement the hatred between The Joker and Batman. Once she is shot, the main story of The Killing Joke unfolds rather quickly. 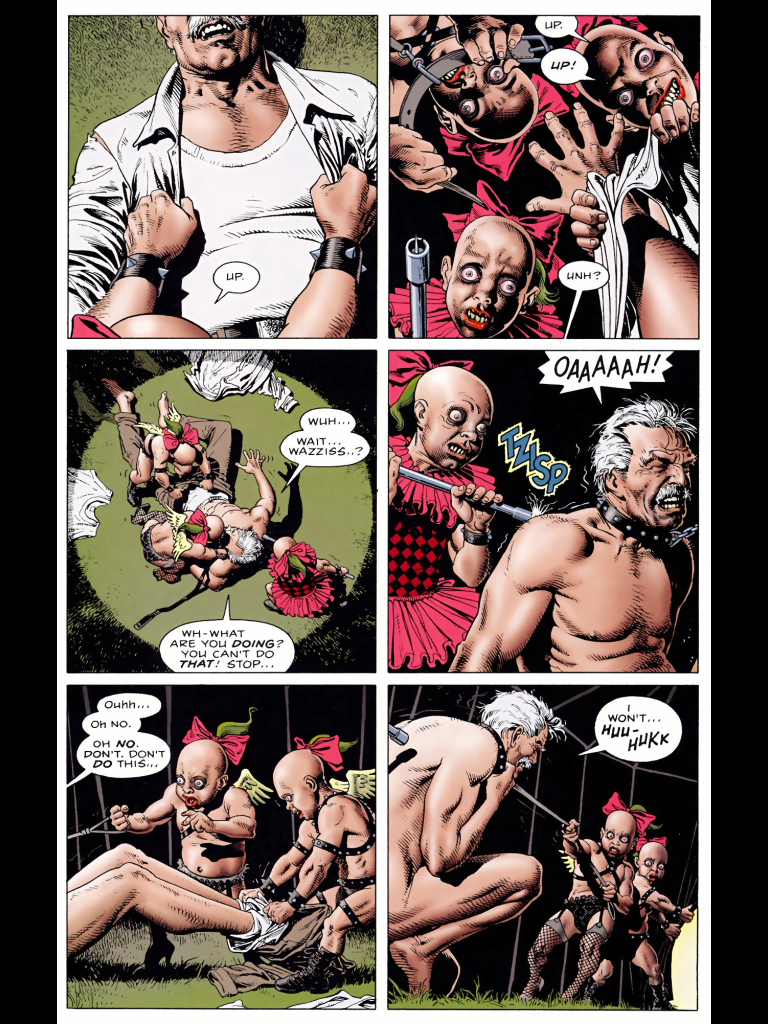 It’s amazing how the film and novel share the exact same scenes, and exact wording and panel for panel copy of much of the graphic novel. After I watched it I dug out my copy and compared them and it’s astonishingly accurate. We get the origin story for not only The Joker, but Barbara Gordon’s transition to Oracle. The latter of the two was unique to the film but a nice way to bookend her story.

Overall, if you want to see ‘The Killing Joke‘ retold, skip ahead 30 minutes and you’ll get it, if you want to see an awesome Batgirl story, move along because this is not it, such a huge opportunity wasted. See it for Hammil’s amazing voice as the Joker and that glorious laugh. Skip it if you didn’t really care for the comic. See it if you like your Batman acting like a petulant teenager.  I say skip it and wait for rental or Netflix. Not worth the money for a Fathom Events ticket.