‘Scooby-Doo! and WWE: Curse of the Speed Demon’ Debuts in August!!! 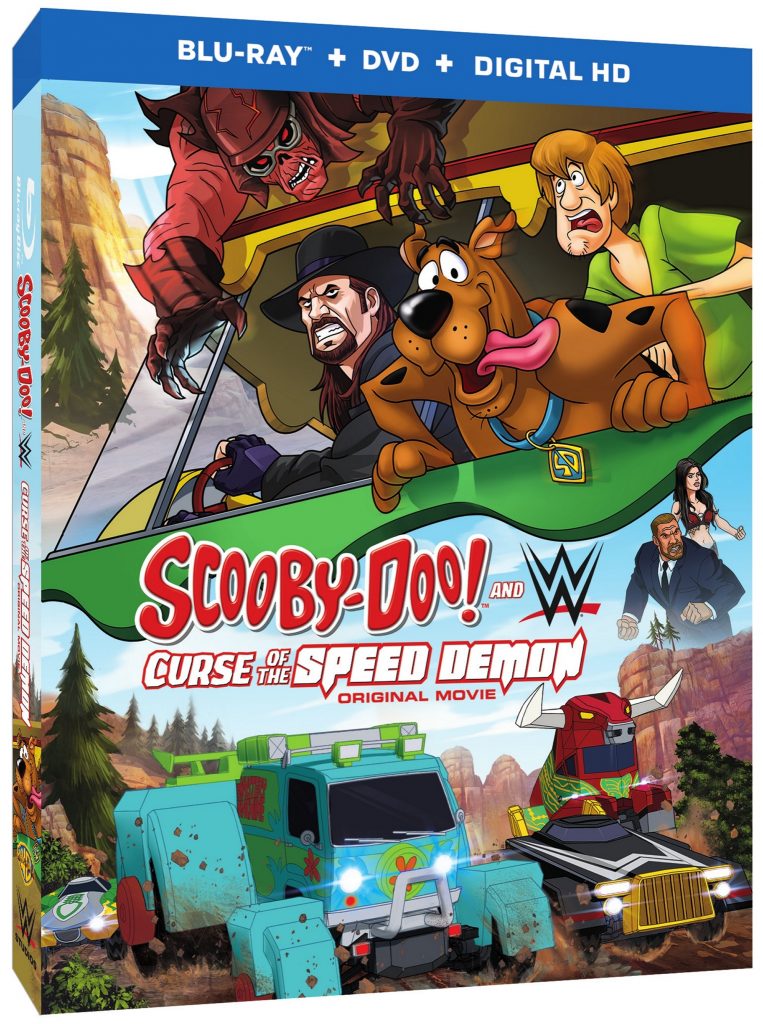 Releasing just a few weeks before the August 21st airing of WWE’s annual wrestling summer show-down ‘SummerSlam‘. This is one flick that will satisfy not only the Scooby-Doo fans, but the WWE fans, as well.

When Scooby and the gang attend an off-road racing competition, the last thing they expect is to stumble upon a menacing phantom. However, before they can say “ruh-roh,” things take a turn for the worse, as Inferno schemes to sabotage the race and cause chaos for everyone. With the help of WWE Superstars Triple H, Paige and Sheamus, as well as Scooby’s new driving partner, The Undertaker, it’s up to Scooby-Doo and the Mystery Inc. gang to save the race before it’s too late!
Bonus Materials:
Two episodes from ‘Be Cool Scooby-Doo!‘ and ‘Scooby-Doo! Mystery Incorporated‘
Behind-the-Scenes Segments featuring Scooby-Doo Monster Jam truck drivers.