‘Search Party’ Comes Out For Home Video In July!!! 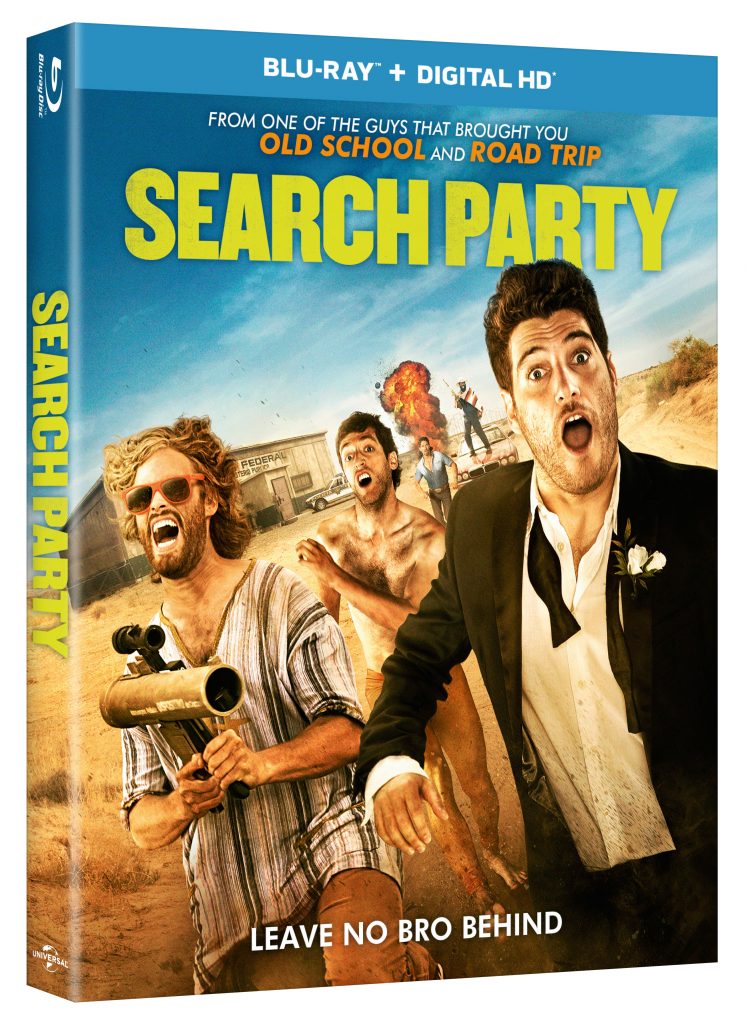 Convinced that his buddy Nardo (Thomas Middleditch) is making the mistake of a lifetime by marrying Tracy (Shannon Woodward), Jason (T.J. Miller) puts a dramatic end to their wedding. When the furious bride decides to take her Baja honeymoon solo, Nardo follows her-where the lovesick groom is carjacked and left stranded, naked and penniless in a remote part of the Mexican desert. Helpless, Nardo sends out an SOS to Jason and their pal Evan (Adam Pally), an up-and-coming ad exec slated for an important business meeting the next morning. During their ridiculous attempt to rescue Nardo, the trio embarks on a series of increasingly outrageous misadventures involving con artists, drug smugglers and even the Federales. One other thing the film features is plenty of full frontal male nudity, there are plenty of opportunities to see wammers.