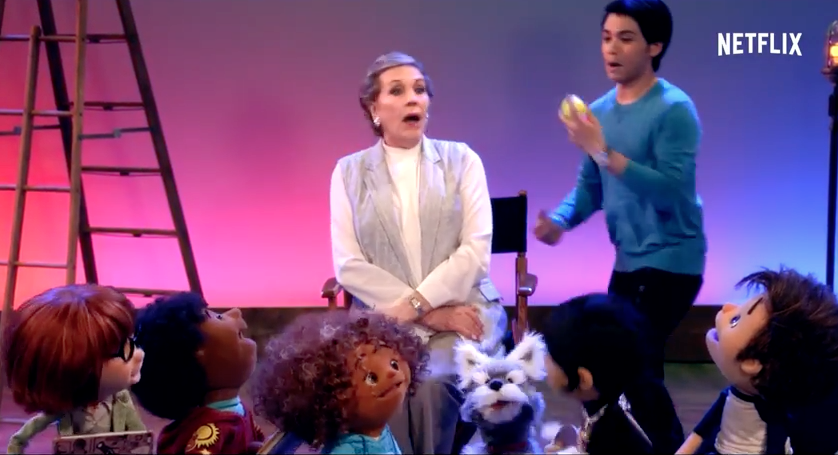 Julie Andrews is signed on to star in ‘Julie’s Greenroom‘ for Netflix, which will be a kid’s series from the Jim Henson company, that will feature new muppets learning about the performing arts. The show has been picked up for a 13-episode first season with each episode lasting 30 minutes.

The show is expected to debut on Netflix in early 2017. The show will feature Julie Andrews as the head of school that teaches a cast of muppet children to create a stage show, as they learn about song, dance, mime, circus acts, and acting. Guest stars already include, Alec Baldwin, Carol Burnett, Josh Groban, and Tituss Burgess.

The muppets will be known as ‘The Greenies’, as they will learn the ins and outs of stage production and the performing arts, as I imagine many children at home watching will too. This sounds like a great idea, and I’m sure everyone will eat it right up. I just hope that Andrews makes a cameo appearance as Maria or Poppins at some point.