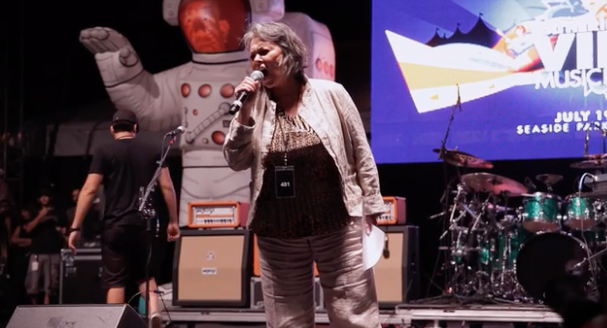 That laugh. That iconic friggin’ laugh. It’s been awhile. Maybe I’m out of touch with culture, which I don’t think I am, but I have not heard that laugh in so incredibly long. Immediately, I think back to my childhood and the interior of the Connor house, not too far off from my own at the time. The sound of that nasally chuckle takes me back like a song. (*Joel proceeds to smash a Smashmouth record*) Side note on being “taken back”, did anyone else grow up thinking the show “Dinosaurs” was a story-arch/dream-sequence within the Roseanne show? You know, the flannel shirts and all with John Goodman?

No? Yeah, me neither. Anyway…

I think this film accomplished more than it intended to in a way. I may be completed arrogant and totally missed some headline stating “The Rebirth of Roseanne”; however, I’m going to speak to that ignorance a bit. I feel like the purpose of this film was originally to transmit the behind the scenes of the coming circus that is Roseanne running for President of the United States of America. While one can only assume that this woman, known for her antics and wise cracks, running for office would be exactly that, a circus, there’s strikingly a lot of imagery here into the overall story that is Roseanne.

I wouldn’t exactly call Roseanne Barr “America’s Sweetheart”, but the same empathy that said sweetheart receives is extended in some capacity. This story told is rather moving, and it sent me through a whirlwind of emotions. This is primarily story-based, but I must admit that my guard was down. Remember, I’m watching Roseanne Barr run for POTUS. Being on primetime television, I grew up watching her show, both live and later as syndicated. She’s almost always seemed like that distant Aunt I use to see every year at Christmas, and once I grew up, I stopped seeing her, really ever. (Socks. Always socks.) 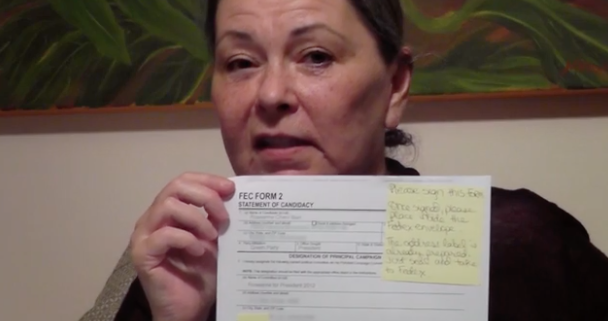 I remember when she ran for office; I can’t say I knew the heights she reached – 67,000 votes and sixth place in the running. What I didn’t quite grasp is the “what happened to Roseanne” after her nine years on television. If someone was to mention simply the fact that this person had a show that ran for nine seasons and included winning an Emmy for best actress, I would automatically ask about and assume their next venture was just as, if not more, successful; however, that wasn’t the case. She’s almost been forced, both physically and mentally, onto an island, Hawaii, and that’s where the film opens up.

After years of conditioning to networks like Bravo and E! along with my childhood fancy for Robin Leech and Lifestyles of the Rich and Famous, I was blown away to see this “humble dwelling” where she resides. It’s clear this is her home, being a continual focal point, but it’s not at all what I would have imagined for her prior status. Granted, I know inflation has done wonders for the likes of the Kardashians and Kaley Cuoco’s of the television world; I still would’ve thought there to be more grandeur in play.  In some way, partly for the filming and partly for the house, I feel like I’m watching A&E’s Hoarders. It’s not that there’s clutter, there’s some, but the tone and feel is of the same, uncomfortable nature. Seeing “House Roseanne” cleaning and working around the house in an apron threw me for a loop. (If I’m honest, her doing anything other than sitting on the couch with John Goodman drinking a beer would seem unnatural.)

As she’s interviewed, it’s like she’s in hiding. The front end of her campaigning is spent behind a screen using Skype and thrown up on a projector screen as meetings, where her opponent makes a physical appearance every time. She likes this so as to avoid touching people or being touched, almost paranoid. Actually, she’s going the way of the Howie [Mandel] in that later she states she doesn’t like to touch hands, instead fist bumps. All the while, watching the documentary, you can still see that same fire that is the former controversial primetime powerhouse spark and flare up at times. It’s when she loses the nomination for the Green Party’s candidacy that the flames start roaring.

I don’t think Roseanne likes losing. I mean that as leading as it sounds. This struck a chord with her and out from the shadows she comes. From there she blazes on to become the candidate chosen to lead the Peace and Freedom Party. She also actually blazes quite a bit during the filming, which is naturally so given her biggest stance is upon the legalization of the weed drug. She’s fired up and goes on to place sixth in the overall presidential running with 67,000 votes. America’s huge, but that’s still a decent number to receive. Additionally, those 67,000 votes were probably Obama’s votes, much like the controversy of Ralph Nader “stealing votes” from Al Gore in 2000’s presidential election. While we’re on the subject, let’s all joke about being told 15-20+ years ago that Roseanne Barr would run for the oval office. Crazy, but not crazy at all.

Running for office literally brought her off an island and back into the public eye. I don’t know if Roseanne actually thought she had a chance to win the election; I know she’ll probably say she did. I believe this film helps to present a solid case that this whole process was, more than anything, a cathartic exercise and escape from normalcy. It was another chance for Roseanne to scream out on a global stage, “I’m still here, world. I can still invoke fear into your sheltered little hearts and cloak it with laughter.” She didn’t win the election, but she won back the spotlight for a decent amount of time. It wouldn’t surprise me if she was to reveal that after all this  falling asleep chuckling every night, quietly whispering to herself, “Suck It, America.”