Check Out The Trailer For ‘Hell Or High Water’ Starring Chris Pine and Ben Foster!!! 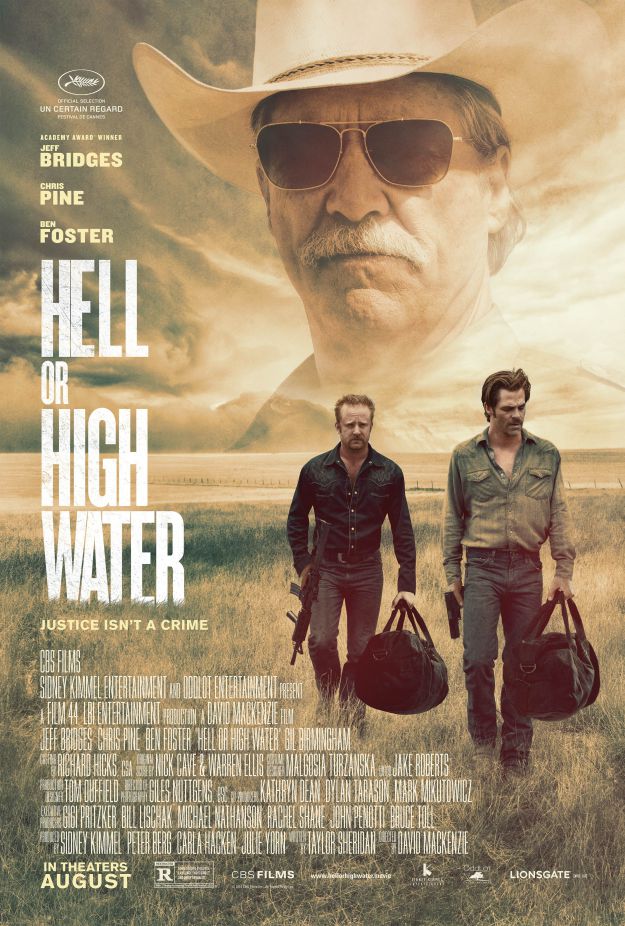 The first trailer for ‘Hell or High Water‘ has landed and it looks like one of those movies I’m beyond excited to see. Two brothers, desperate to save the family farm in New Mexico, begin robbing banks to meet the looming deadline. The brothers are the gorgeous combination of Chris Pine and Ben Foster, a divorced dad and an ex-con. The flick will premiere at the Cannes Film Festival then will be available August 19 in theaters.

The film has a little bit of a Frank and Jesse James from ‘American Outlaws‘ feel to it. Brothers doing what they have to do to save their home and robbing banks to make it work. Even down to the line about not stealing from customers, but only stealing from the bank. I liked that movie, so I’m OK with that comparison.

Instead of a Pinkerton detective on their trail, the brothers have Texas rangers in the form of Jeff Bridges and Gil Birmingham trailing them. The cast includes Katy Mixon, Kevin Rankin, Dale Dickey and Marin Ireland.