‘The Little Prince’ Animated Feature Has Been Picked Up By Netflix!!! 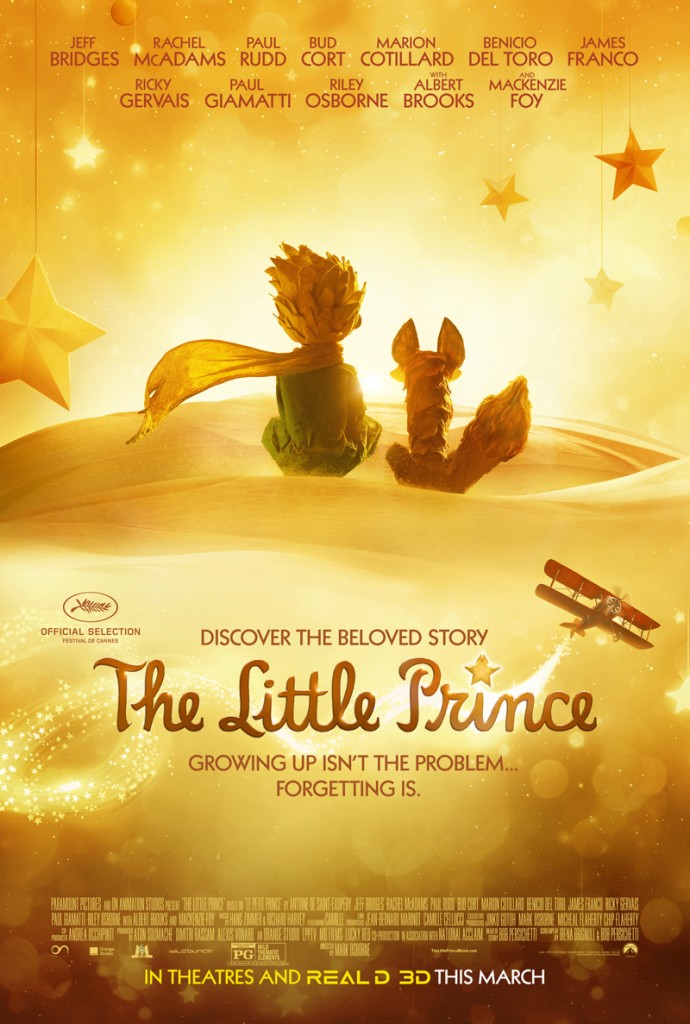 The animated feature film ‘The Little Prince‘ is based on the 1943 book by Antoine de Saint-Exupery and was originally planned to open in theaters today, but it’s been pulled from the lineup and will see a release date through Netflix for online streaming. The film received a July release date last year in France and, just last month, it was awarded the Cesar Award for best animated film.

At a gross of over $100 million in it’s limited release, it stands to reason that the US would have handsomely added to the bottom line. With a star-studded cast and beautiful 3D computer animation with stop-motion elements it’s sure to be a gorgeous picture. The cast includes Jeff Bridges, Rachel McAdams, Paul Rudd, Marion Cotillard, Ricky Gervais…and on and on. There are so many big names attached it’s a puzzler why it’s not getting a theatrical release.

At the heart of it all is The Little Girl, who’s being prepared by her mother for the very grown-up world in which they live – only to be interrupted by her eccentric, kind-hearted neighbor, The Aviator. The Aviator introduces his new friend to an extraordinary world where anything is possible. A world that he himself was initiated into long ago by The Little Prince. It’s here that The Little Girl’s magical and emotional journey into her own imagination – and into the universe of The Little Prince – begins. And it’s where The Little Girl rediscovers her childhood and learns that ultimately, it’s human connections that matter most, and that what’s truly essential can only be seen with the heart.

No release date has been set for when the film will debut on Netflix, but it will be this year some time.