Stephen King’s ‘The Mist’ Comes To Spike As TV Series!!! 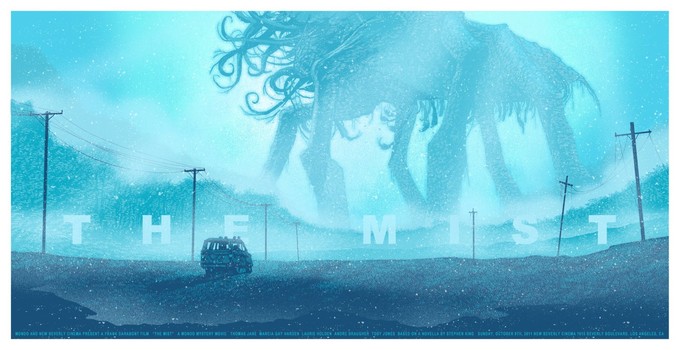 Spike is getting into the Stephen King game with a pilot order based on King’s novella ‘The Mist‘ from Dimension Television.  Spike is expanding their development model since re-entering scripted series with ‘Tut‘. The network is looking for both pilot and straight-to-series development routes.

‘The Mist‘ will be written and executive produced by Christian Torpe, creator of the Danish drama ‘Rita‘ that is now in its fourth season. Torpe has developed programming for both Showtime and AMC, as well.

Dimension Television is a branch of Dimension films which adapted ‘The Mist‘ for feature film in 2007. This is the same business model the company followed with it’s ‘Scream‘ franchise which began as a film then as a series for MTV.

‘The Mist‘ tells the story of a thick unnatural mist, which appears after a violent thunderstorm,  and quickly spreads across the small town of Bridgeton, Maine, reducing visibility to near-zero and concealing numerous species of bizarre creatures which viciously attack anyone and anything that ventures out into the open, creating havoc everywhere.