Football, especially in Texas, is king and they are not alone in this mindset.  In Concussion, Pittsburgh, PA’s love for the game (as well as the rest of the country’s) and the NFL’s reign over it endangered Dr. Bennet Omalu’s (Will Smith) life.  Against all odds, Dr. Omalu, a forensic pathologist discovered and worked to educate the masses of the mental dangers of playing the beloved sport.  Chronic Traumatic Encephalopathy (CTE) and its related diseases, named by Dr. Omalu since he discovered the disease, was and possibly still is affecting football players from kids to professionals.  Dr. Omalu is from Nigeria and holds America in high esteem, but his reverence is about to be tested.

Based on a true story, Concussion follows Dr. Omalu’s mission for the health and lives of football players because some players were suddenly dying in their 30s and 40s.  The story begins with Dr. Omalu testifying in a murder trial.  The prejudice against immigrants is obvious as the counsel for the defense questions his qualifications as an expert witness.  Flawlessly holding to the Nigerian accent and mannerisms, Smith embarrasses the attorney with his extensive curriculum vitae and witty repartee. This brilliant mind stumbles onto the untimely death of famous Pittsburgh Steeler center, Mike Webster.  Webster was doing all he could to sleep from fumes to Tasers.  When his corpse ends up on Omalu’s autopsy table, the fight begins. 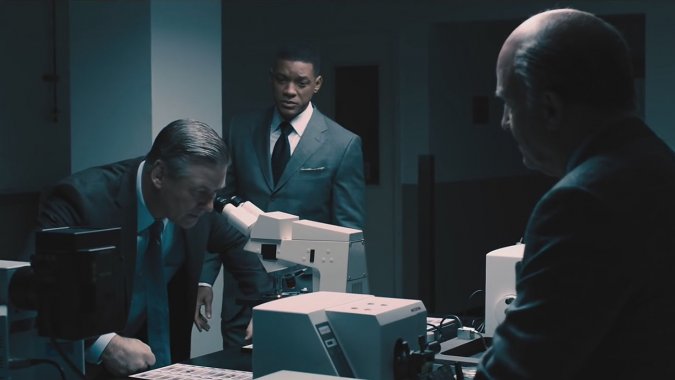 Smith is back! He has an uncanny ability to portray real life people.  Convincing as Muhammad Ali in Ali, Chris Gardner in The Pursuit of Happyness, and now Dr. Bennet Omalu in Concussion, Smith has proven this point time and time again. Smith has made us laugh, cry, and feel inspired.  Perhaps in time, he will perfect his skills behind the camera, but for right now, this is clearly his bailiwick.  A wonderful surprise was the performance of Albert Brooks as Dr. Cyril Wecht.  Brooks is famous for his aptitude as an awesome source of comic relief in any story (Private Benjamin, I’ll Do Anything, Doctor Dolittle, Out of Sight, The Muse, and my beloved Finding Nemo).  He just brings such balance, so you don’t always feel you are inside an over the top comedy.  His timing is good in Concussion.

There were an unusual amount of good actors in bit roles. I didn’t understand this decision.  Who makes Hill Harper an unexplained legal/enforcer type for the NFL, Stephen Moyer as a randomly appearing doctor as well as Alec Baldwin, whose role/performance was pretty weak.  I know Baldwin is known for his skills, but this is not a good example of that career history.  The bit role that stole a good portion of Concussion is David Morse as Mike Webster.  Morse rocked the mind of a man slowly slipping away from reality.  At first it was abrupt, but when related to the opening sequence of the re-enactment of Webster’s NFL Hall of Fame speech, all I can say is well done. 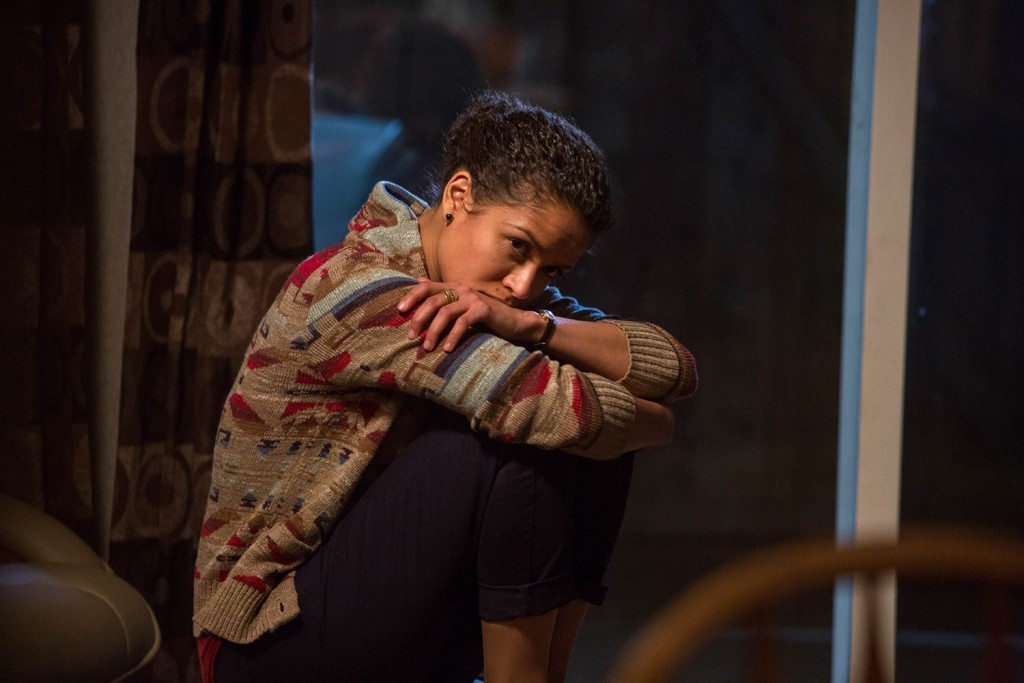 The introduction of the Smith’s love interest was odd, too.  Does it sound odd to anyone that a priest would find a safe haven for a beautiful woman with a single man?  Anyway, Gugu Mbatha-Raw gave a decent performance as Prema Mutiso.  I also enjoyed Mbatha-Raw’s portrayal of Dido Elizabeth Belle in the period film Belle.  Another issue I had with Concussion was the extreme close-ups that cut off the head of the actors.  I’d have to ask Peter Landesman, the director, what was gained with this framing choice.  I wasn’t interested in seeing skin imperfections to such a degree.  I have not seen any of Landesman’s other films, so I have no basis for comparison. 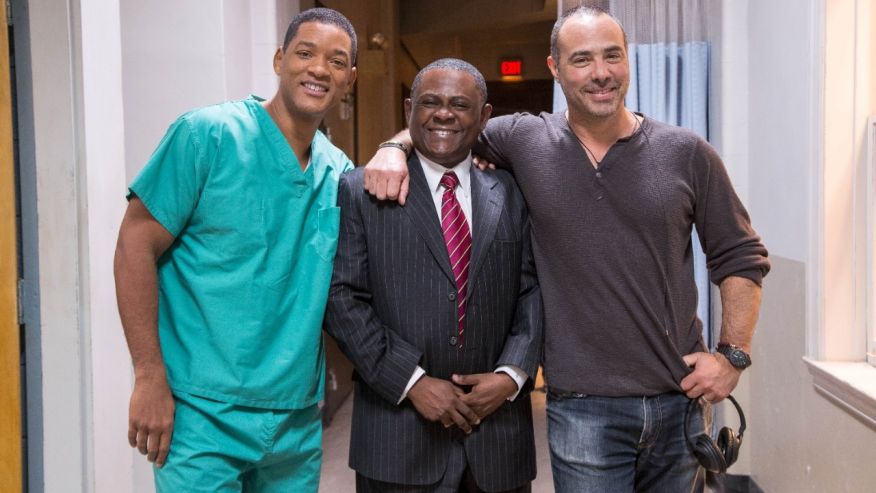 However, he did keep the pressure on and the momentum going in such a compelling story.  Concussion highlights many instances where famous football players’ deaths were untimely.  I just pray that the NFL and/or the players are taking better precautions with their lives.  This isn’t a Playstation game, we get one life on this earth.  All in all, I immensely enjoyed and was deeply troubled by the suffering of so many football heroes. Dr. Omalu is an inspiration.  He left me pondering the question of who should I pick to fake?